At the press time, ETH is trading up just over 5% at its current price of $1,235. This marks a notable surge from daily lows of $1,050 set at the bottom of the recent selloff. It rallied as high as $1,300 this morning before it faced some intense selling pressure that slowed its ascent.

Whether or not it can climb higher in the near-term should depend largely on its continued reaction to a few key support levels and if it continues gaining momentum against Bitcoin.

DYORangutang, a popular trader on Twitter says he expects ETH to set fresh all-time highs in the near-term as the crypto’s rally begins turning parabolic. He notes that its mounting strength against Bitcoin, coupled with the fact that it has yet to actually breakout against BTC, indicates that upside is imminent.

+ a gentle reminder that ETH/BTC is yet to breakout pic.twitter.com/G89aPLjneT

According to Bloqport, Ethereum searches have reached a new all time. Historically, ETH’s price and marketcap have lagged behind Google searches by 1 week. If this trend continues, we could see a new ATH in price by Jan 21. 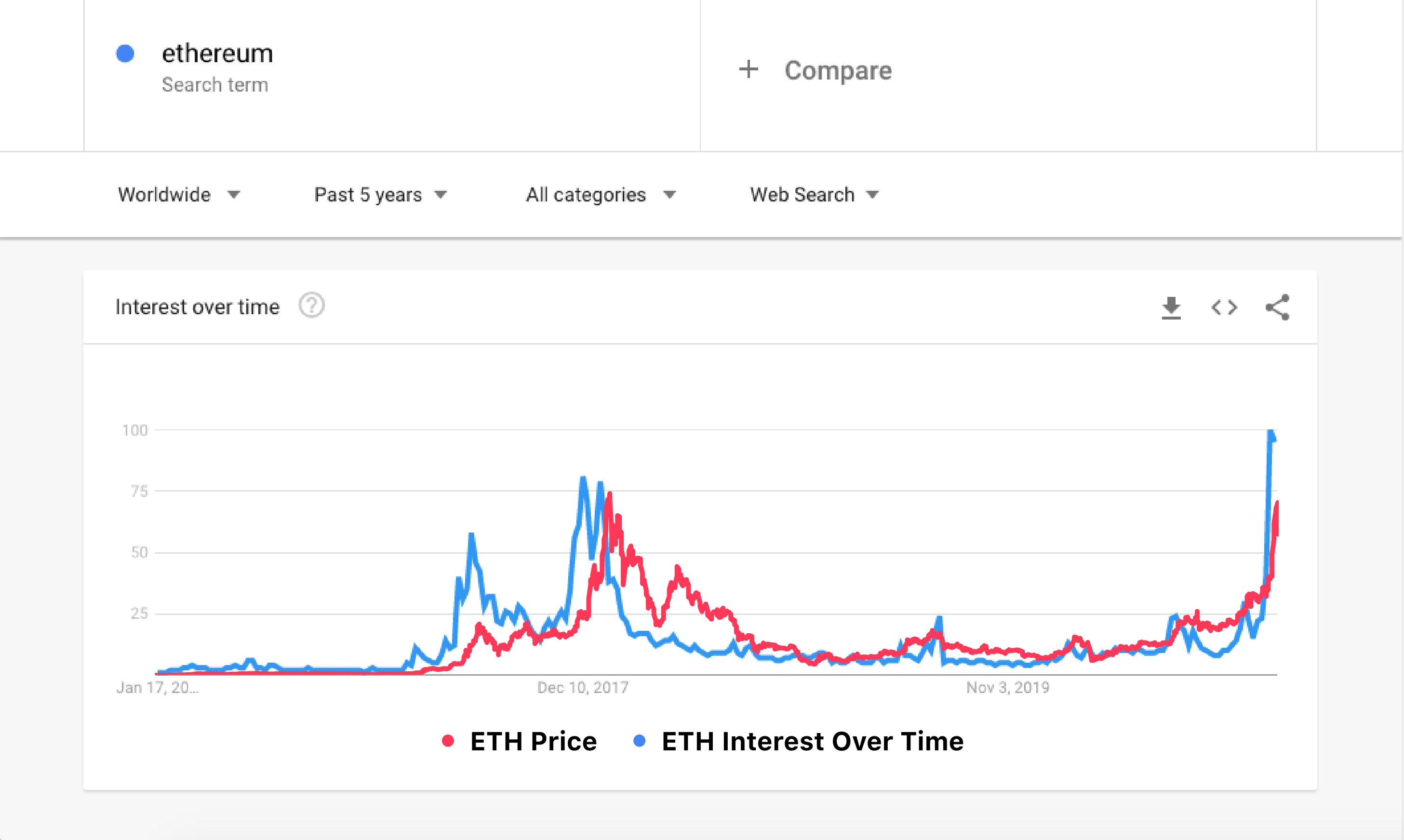 The coming few days should shine a light on Ethereum’s mid-term outlook and whether or not it will be able to build enough strength to explode higher in the near-term.

Wolf, another popular trader explained in a recent tweet to 40,5k his followers that traders should be careful, he tweeted:

Binance CEO: Due to the high fees, Ethereum has become…