Public records show that the U.S. state of Kentucky has finalized a legislative effort to create a working group focused on blockchain tech.

According to the Kentucky General Assembly website, state governor Andy Beshear approved the measure on April 24, ten days after submission to his office. The bill was introduced in the Senate in early January and passed that chamber unanimous in late February. The state’s House of Representatives passed it with a vote of 87-2 on April 14. 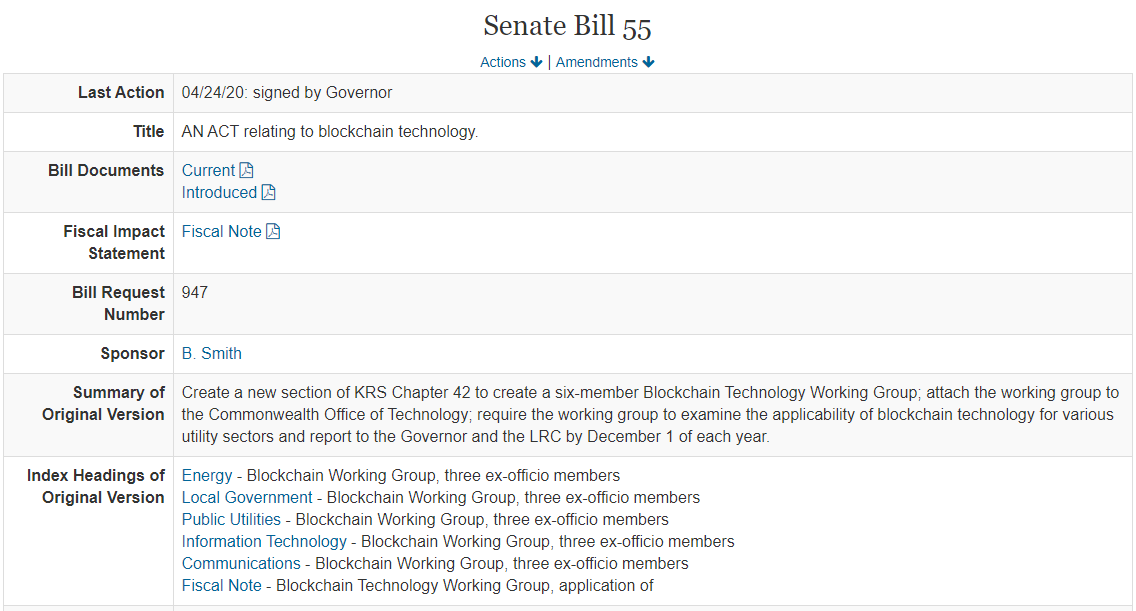 As the passed bill states:

“The working group shall evaluate the feasibility and efficacy of using blockchain technology to enhance the security of and increase protection for the state’s critical infrastructure, including but not limited to the electric utility grid, natural gas pipelines, drinking water supply and delivery, wastewater, telecommunications, and emergency services.”

The nine-member working group (including three ex officio members) will include representatives from the Commonwealth Office of Technology, the Kentucky Public Service Commission and the Kentucky Department of Homeland Security, among others.

“The workgroup shall report to the Governor and to the Legislative Research Commission by December 1 of each year. The report shall include the current priority list and a discussion of whether blockchain could be deployed, and any associated cost-benefit analysis,” the bill states.

A fiscal impact document indicates that the effort will cost $400,000 annually, with those funds coming from state revenues. To that point, “[m]ost of the funds would be used to access expertise in the use of blockchain technology, which is not currently staffed within COT and of limited availability in the marketplace.

Short on ETH with the boys from $199.5, It’s now or never for this correction

Binance U.S, FTX, OKCoin and Poloniex are the least expensive spot crypto exchanges to use