OKEx has suspended withdrawals, market volatile but UNI price still up by almost 15%

Not long ago, cryptocurrency exchange OKEx suspended its withdrawal service indefinitely as one of the most holders of their private keys was in police custody. News of the hundreds of millions of dollars of cryptocurrencies stuck on the exchange has caused the market to be slightly volatile. However, unlike altcoins that dropped by 3% – 5%, UNI price, Uniswap’s governance token, has risen almost 15% in the past 24 hours. 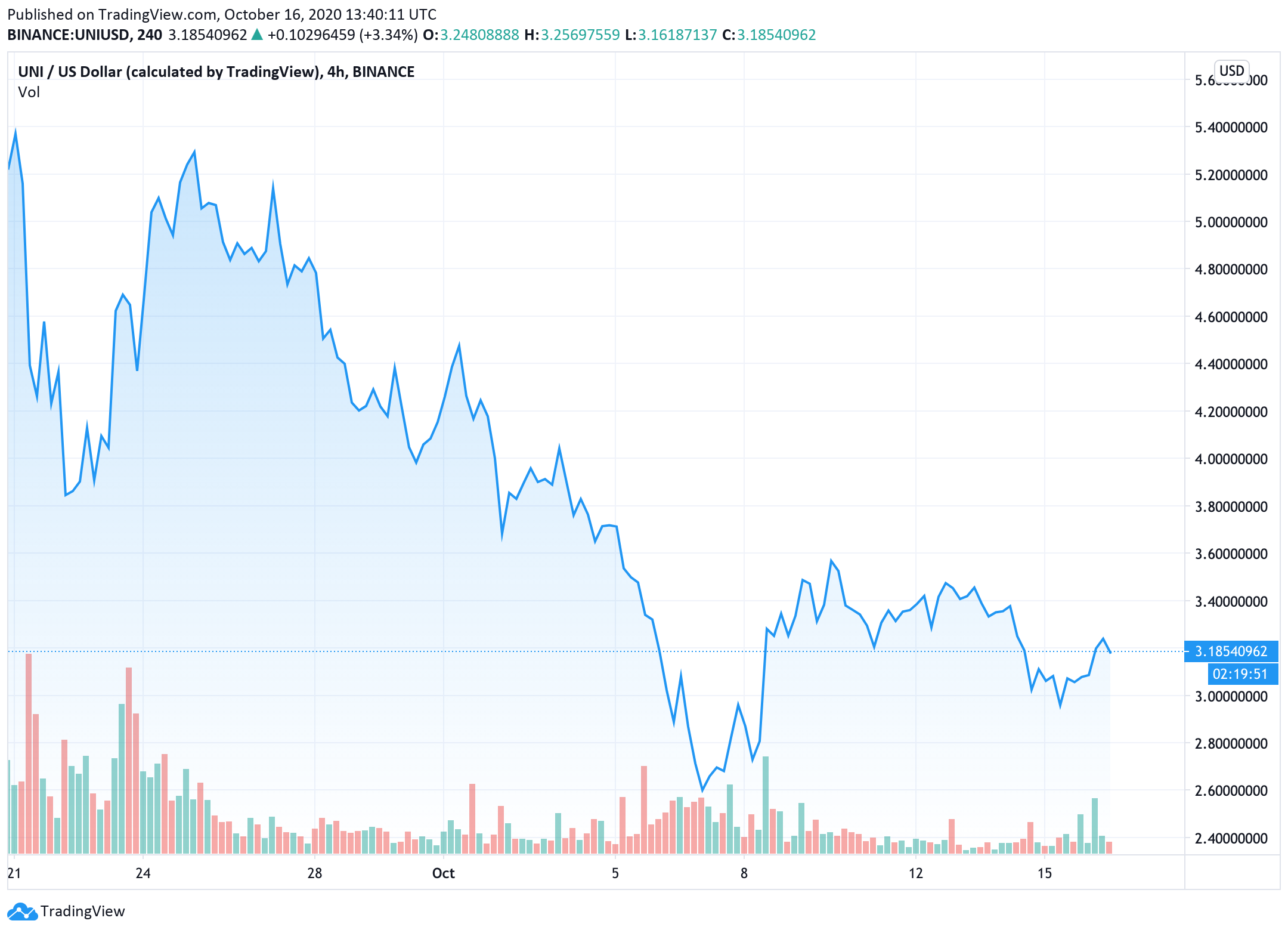 Why has the UNI price soared?

OKEx is one of the largest cryptocurrency exchanges on the market. And when the notification suspends the withdrawal service indefinitely, many users fall into a state of panic. According to the company announcement, one of OKEx’s private key holders is currently cooperating with the security agency and has not contacted the exchange.

And when this important person suddenly lost contact, OKEx decided to suspend all withdrawals to protect customers’ interests. Even so, other exchange functions are normal and stable.

Jay Hao, CEO of OKEx, confirmed on Twitter that fiat withdrawal from the exchange was not affected by the suspension.

The company’s announcement has caused shockwaves throughout the crypto industry, leaving many worried that the situation could be worse than it looks.

Sam Bankman-Fried, founder and CEO of Alameda Research, commented that:

“It seems that large exchanges like OKEx will announce that they will go through a period of optimization if a single point of failure occurs in their operating processes to avoid the market falling.”

And while OKEx later noted that the investigation only stemmed from that person’s personal matter, most of the major cryptocurrencies on the exchange were rapidly selling off continuously.

Bitcoin, which accounts for almost 20 percent of OKEx’s daily trading volume, dropped around 3 percent in less than half an hour following the news, while other top performing coins only dipped slightly into the red.

Specifically, Bitcoin – the cryptocurrency that accounts for 20% of OKEx’s daily trading volume, has dropped 3% in less than half an hour after the news. And then, other altcoins also decreased, but the level was not too heavy. However, the error is not entirely OKEx. Because, just a few hours before, it was noticed that some large Bitcoin, ETH, and TRX withdrawals appeared.

OKEx’s announcement only seems to exacerbate the divide between decentralized and decentralized cryptocurrency services, as more people point out that failures like these will only drive more people into exchanges decentralized transactions. And for now, UNI, the governance token of Uniswap, one of the most popular DEXs on the market, further demonstrated this by spiking within hours of the announcement.

Ripple Blockchain in Payments report: 44% stating that innovation in payment technology is a key growth driver

Kenya has planned digital service tax will be applicable to cryptocurrencies, rate of 1.5% on gross transaction value