UNI price has increased by nearly 50% this week. Besides, UNI has become the first DeFi DApp token to be included in the top 10 largest cryptocurrencies in the world.

Uniswap (UNI) is the token of the leading decentralized exchange Uniswap, which has reached 8th place in the top of the largest cryptocurrencies with a market capitalization of 17.7 billion USD, which is a cumulative platform for the overhaul. The upcoming V3 of the exchange. UNI is the second largest Ethereum-based asset by market cap after Tether, beating Chainlink by almost 50% by market cap.

UNI entered the top 10 on March 5, becoming the first DeFi token of the DApp to hold the clearest difference. In 24 hours, UNI’s market cap increased from $ 8.8 billion on March 4 to $ 14.7 billion. UNI’s price is currently consolidating near an all-time high of March 8 of $ 34.06. 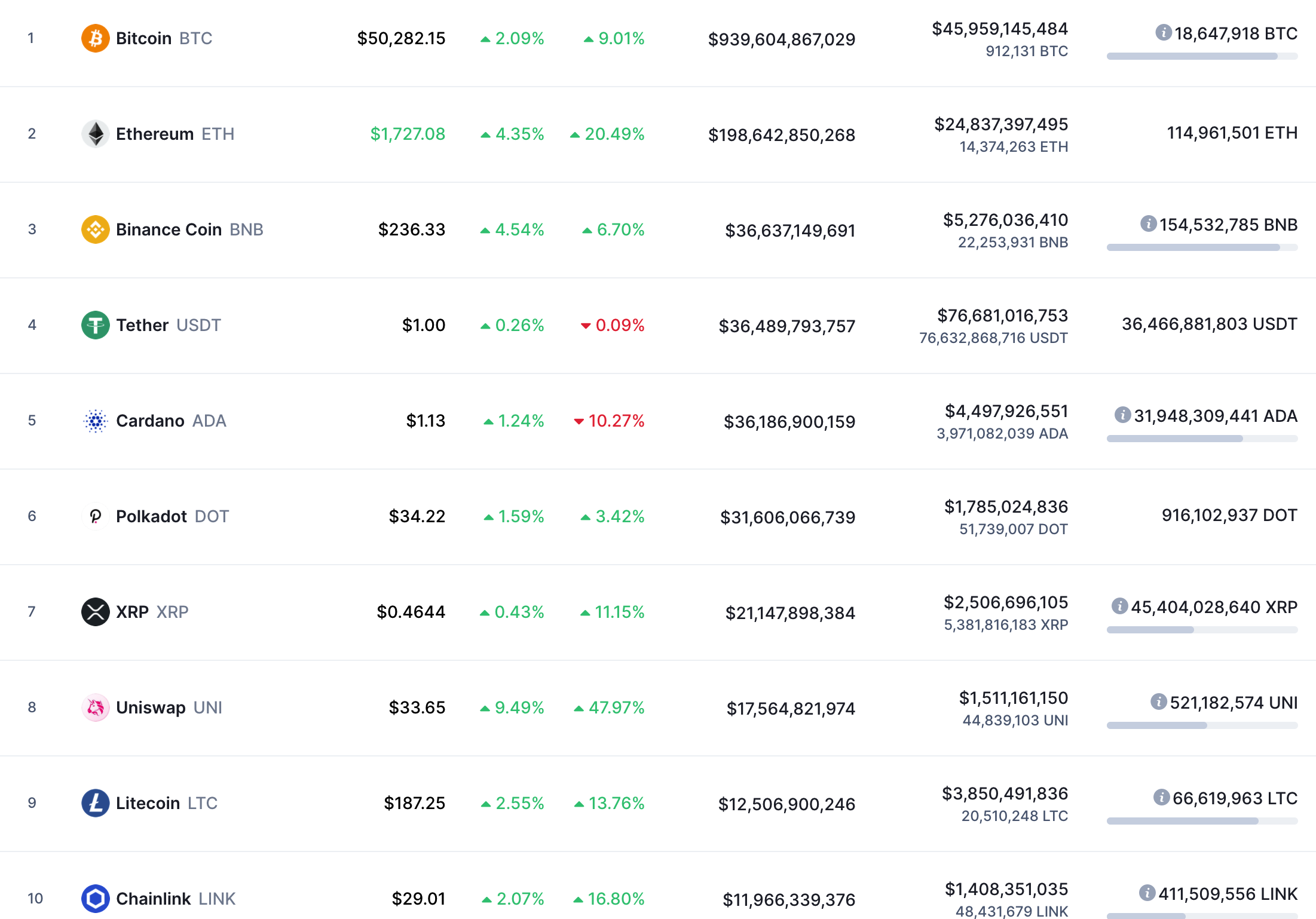 Uniswap’s initial token distribution noted a response from liquidity providers, 13,000 DeFi users receiving Uniswap’s UNI. Up to this point, 400 UNI through the airdrop has been worth $ 13,560.

Only in February, Uniswap (UNI) continuously hit new peaks – pioneering DeFi continued to explode. Uniswap hit $ 100 billion in transaction volume, unique in the DeFi world. That proving UNI’s entry into the top 10 of the cryptocurrency market is probably not surprising.

When founders/core contributors start posting more actively on Twitter, it normally means they finished a milestone and are waiting for the release, this is the “limbo time” where they don’t want to start something new yet. I’ve noticed @haydenzadams post frequency increase 👀

The rise of UNI comes amid growing speculation that Uniswap’s V3 upgrade may not be too far away, Yearn Finance developer Andre Cronje speculated on March 4 that the recent increase in social media activity comes from Uniswap’s lead developer, Hayden Adams, which could bring a new release to the fore.