According to U.S. Treasury Secretary Steven Mnuchin before the Senate Finance Committee, Bitcoin and cryptocurrency is a “crucial area” that the Treasury has spent a lot of time on. Besides, Mnuchin also talked a lot about stablecoins as well as new crypto regulations focusing on transparency that will be rolled out soon.

Earlier this week, the White House released a report on government budgets for the upcoming 2021 fiscal year. In that report, two proposals are affecting the cryptocurrency industry. One returns the Secret Service to the Department of Treasury. And two requests for more funding for the Financial Crimes Enforcement Network (FinCEN) to enhance its work on regulating the crypto sector.

Steven Mnuchin, U.S. Secretary of the Treasury, presented at a hearing before the Senate Finance Committee in a discussion regarding President Donald Trump’s budget for the fiscal year 2021. In it, Senator Todd Young asked Mnuchin about the challenges that cryptocurrencies have created for the U.S. government. 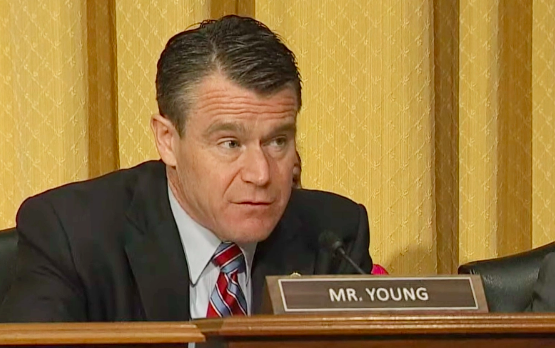 Specifically, according to Young, cryptocurrency fans always believe that they can benefit them by minimizing the transaction costs of online purchases, protecting them from information theft. , provide more privacy; at the same time breaking many financial barriers. However, it is essential for how the Mnuchin’s department can respond and grow to the rapid pace of cryptocurrency growth?

Accordingly, Mnuchin said the Treasury is supportive of the proposals, including those concerning cryptocurrency, outlined in Trump’s new budget. And they have spent a lot of time on Bitcoin, on cryptocurrency and digital payment systems. He emphasized that it was a crucial area.

A new regulatory framework for crypto, Bitcoin and stablecoins is about to be released

“We think this technology can be used to reduce payment processing quite significantly, especially for small-dollar payments cross-border. Moreover, Fed Chairman Jerome Powell and I also agree that the United States does not need to consider releasing a digital dollar right now, but maybe reconsider it.”

“We are working with FinCEN, and we will be rolling out new regulations to be very clear on greater transparency so that law enforcement can see where the money is going and that this is didn’t used for money laundering.”

It can be seen that Mnuchin’s comment is also closely related to Powell’s testimony before the House of Representatives’ Financial Services Committee regarding the country’s monetary system and the state of the economy on Tuesday.

As AZCoin News reported, the Fed chairman answered several questions regarding cryptocurrencies, including the digital dollar process. He was encouraged to accelerate work on it because China announced that it would soon roll out the digital Yuan. Powell also acknowledged that Facebook’s Libra project is a wake-up call for the Fed.

How to buy and sell Bitcoin in Singapore?

Chiliz partnership with Lagardère Sports and…

How digital transformation is changing the global…

The digital Bahamian dollar will be launched by the…

Craig Wright not sharing over 10,000 documents with the…

[Part 1] Top 10 celebrities, the most influential in the…

DeFi lending bZx platform was attacked twice in a row for…

UEFA will distribute 1 million tickets to Euro 2020 through…

What is Binance Cloud? What is the special in…

Brad Garlinghouse: Ripple will be Amazon of crypto before…

In addition to price fluctuations or potential Blockchain projects worth investing in the market, readers will also…
Scam News

Zhang Jian, the founder of the Fcoin exchange, has just "confessed" that Fcoin is no longer able to pay 7,000 -…
Ripple News

Not surprisingly, most miners are concentrated in China, with a significant hash rate of the Bitcoin mining network…
AZ -News

Enjin has announced the launch of its game development platform on ethereum, enabling potentially millions of…
Ethereum News

The bZx decentralized financial lending protocol was once again attacked. The total damage is expected to be 2,388…
AZ -News

According to a press release on February 17, 2020, the Union of European Federal Associations (UEFA) is planning to…
Binance Coin News

Bitcoin price dropped to a new weekly low of $ 9,483 before recovering to $ 9,779 at press time. Although BTC has…
Ripple News

According to a report from Julia Chatterly of CNN, Brad Garlinghouse, Ripple CEO, has just made a few statements…
Loading ... Load More Posts No More Posts