Two huge Bitcoin short orders are waiting at $ 10,000 on BitMEX

Bitcoin price is attempting to return to $ 10,000 before closing the weekly candle at $ 9,945 on BitMEX. Immediately after that, the two whales placed a short order of 10 million USD, with the expectation that the market will once again plummet.

Will whales expect Bitcoin to plummet?

Joe007, a large whale on Bitfinex, said the market is now heavily dependent on debt, which is because many investors choose a leverage of 3x to 125x. 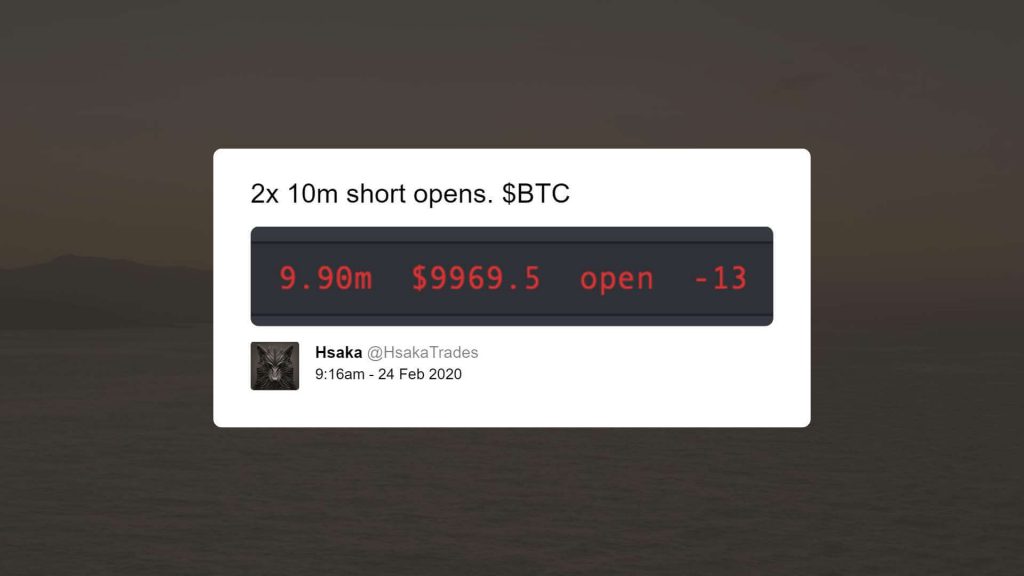 After Bitcoin information fell 10% in just one day, Joe007 said:

“Sorry, do people think they can kill short like July 2019? Very sorry that I have to show you the truth.”

Because of the highly leveraged nature of the BTC market, this asset can climb or plummet in a short time. And most likely whales expect prices will continue to go down after the candle last week could not close above the threshold of $ 10,000.

After the halving took place in May, the breakeven price for Bitcoin mining was $ 13,000. If BTC is below the $ 10,000 threshold, miners will have to maintain extremely difficult operations, especially they must constantly sell mined coins to handle losses.

From a miner’s perspective, the best scenario is to be able to sell your Bitcoin before halving when prices are still high and to have enough fighting finance for another 12 months after halving.

Halving was one of the decisive events in the Bitcoin price as well as in the supply and demand system. Although the long-term impact on the price of BTC is yes, in the short-term the consequences are still very difficult to predict because it depends a lot on the psychology of miners.

Bitcoin Options interest among Investors, the market has been heating up, but the most important thing is still Bitcoin scalability