Top 3 Altcoins To Buy Now April 2021, according to analyst Benson

In the recent video, analyst and crypto KOL Benson from Benson crypto shares the 3 best altcoins that have the highest chance of surging massively in April based on technical signals, strong fundamentals, and news. 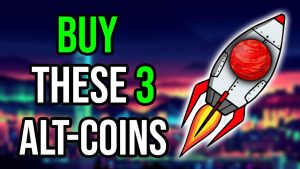 Cardano (ADA) is featured as the first potential coin on the list of April.

“Cardano has been in a bullish price pattern for the last few days which is occurring off the back of this price spike following the smart contract news”.

The trader explains his bullish view on this coin due to the upcoming Alozon testnet launching at the end of April. He also cites a tweet of Charles Hoskinson, CEO of the network’s developer IOHK: “For the first time ever, publicly, people will be able to write smart contracts and deploy them on Cardano”.

Benson expects that ADA price has a high possibility to return to test its local all-time high of $1.47.

“And if we’re able to get past the resistance which it’s tested twice at the $1.47 level, I think it would likely rally to its next major price level of $2 whether or not we see a massive price increase in April”.

Theta is the next coin on Benson’s radar.

“It has gone on a massive bullish run connected with the price catalyst at the end of March and beyond one of the biggest events fueling THETA’s rise is of course the release of the NFT marketplace on March 31st”.

Although the price is experiencing a slight dip, the trader believes that this is a great opportunity to buy before its next major rally.

The network has generated immense excitement at the prospect of launching its mainnet 3.0 which was originally planned in April. However, the team behind the project announced that it would delay the launch by 3 months till June 30, 2021.

“I think that THETA will go on an insanely massive run as we get closer to its mainnet launch in June”.

The crypto KOL also predicts that THETA will easily hit $20 before the release of its mainnet in June.

The 3rd coin of the April list is VeChain (VET).

“Its prices started to stagnate over the last few days. Some people think that this is the end of the bullish run for VeChain but I don’t think”, the trader says.

“VeChain has had absolutely massive partnerships so far with companies like BMW, the Chinese government, Louis Vuitton, Reynold, and lots of other major partnerships other cryptos only dream of having. And with more major partnerships rumored to becoming on the way for VeChain in 2021″.

The trader also points out that although there was a lot of selling volume around 10 cents, most investors are bullish enough to stay in VeChain even though it’s not going up every single day.

Benson’s price target for VeChain is 25 cents in 2021. He also emphasizes that VeChain has sustainable growth and so far the bullish increase based solely on these strong fundamental technical primarily.

Dogecoin price has risen 330% in the past seven days,…

Here are 9 reasons that can make Chromia (CHR) a name…