Tokyo police arrested two men on Wednesday over allegations of possession of the NEM – cryptocurrencies that were stolen during an attack on the Japanese exchange Coincheck in 2018. 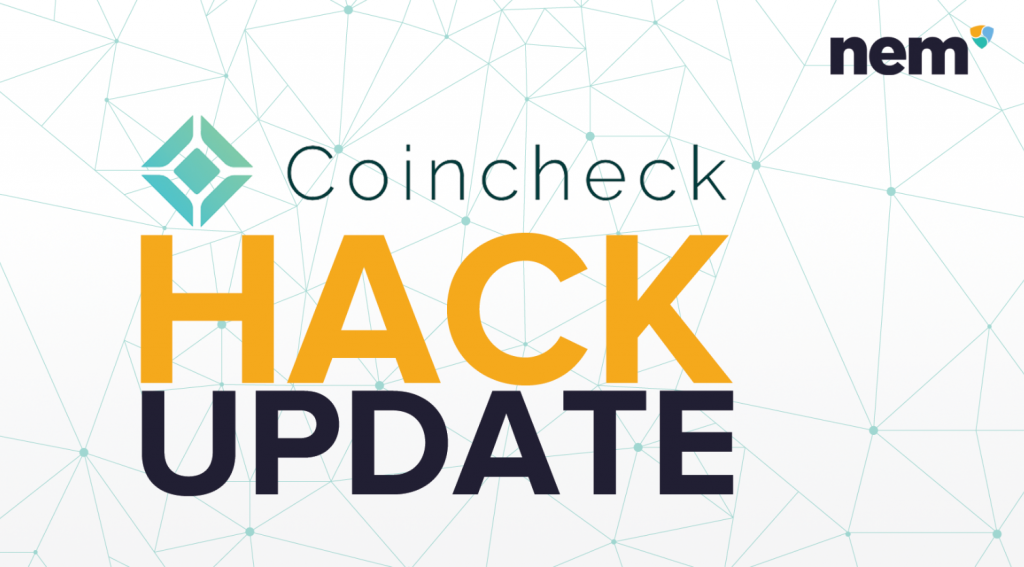 Coincheck is the biggest cryptocurrency hack in history

As most people know, a significant amount of NEM (XEM) tokens were hacked from the Japanese exchange Coincheck in 2018. Hackers stole over $ 534 million XEM in January 2018, with The trail is thought to lead to attackers based in Russia. That NEM is never recovered. However, it is traceable to a certain extent.

The Coincheck hack is considered to be one of the most significant theft in the history of cryptocurrency exchange theft. Tokyo police have allocated about 100 investigators to the case. Authorities are continuing to investigate the alleged other NEM buyers.

Stolen tokens have been reported in exchange for Bitcoin (BTC) or Litecoin (LTC) and distributed over 13,000 wallets. It is unclear whether hackers can withdraw cash completely, as many exchanges have stepped up their security and surveillance efforts ever since.

Investigators seem to have shifted their focus now as they target those who have purchased the token. Buying stolen goods to resell them for profit is called fencing and is considered a crime in most jurisdictions.

Advocates of privacy coins often believe that “transparent” coins such as Bitcoin or NEM lack fungibility, which could result in users unwittingly becoming “fencers” of stolen coins.

Recently, the Tokyo’s Metropolitan Police Department arrested a 30-year-old doctor from Hokkaido and a company executive at the age of 30 from Osaka Prefecture on suspicion of handling criminal cases and violating laws targeting organized crime.

According to sources, the two suspects knew that the cryptocurrency they purchased as part of a $ 58 billion NEM stolen from cryptocurrency exchange operator Coincheck Inc. on January 26, 2018. In the incident, nearly all NEM owned by Coincheck customers were fraudulently accessed and stolen.

MPD suspects that two people who traded other currencies like Bitcoin for NEM were stolen in February and March 2018.

The arrests were the first people involved in the Coincheck attack. MPD has set up a task force of about 100 investigators to investigate the case.

According to the Tokyo police’s cybercrime unit, two suspects have stolen the stolen NEM on a dark web site, a highly anonymous internet space commonly used to launder money and other crimes. The website states that it will exchange other cryptocurrencies for NEM at a discounted price.

Almost all of the NEM stolen in the Coincheck hack was exchanged for Bitcoin or Litecoin, then scattered among more than 13,000 cryptocurrency accounts. Some of the earned NEMs of the two suspects were transferred to an online cryptocurrency exchange.

The cybercriminal unit identified the suspects after asking the operator to exchange them. It conducted a spot search in November last year.

The unit is continuing to investigate others who may have purchased NEM from the site.