This is the Next Big NFT Low Market Cap Altcoin with Massive Gain, according to Crypto KOL Ellis

In the recent video, trader Ellis reveals the altcoin gem that has a low market capitalization that he just recently invested $10,000 into. 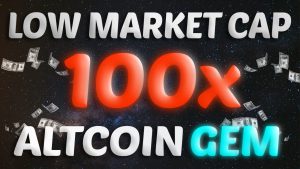 “I believe this cryptocurrency could do a 10x within the next couple of weeks and a 100x before the end of the year”.

The featured altcoin on Ellis’s portfolio is Matrix AI Network (MAN) with a market cap of only $26,100,289.

MATRIX AI Network is an open-source, distributed computing platform and operating system that melds artificial intelligence (AI) and blockchain. The project aims to enhance the speed, flexibility, security, and ‘intelligence’ of blockchains. It is purportedly able to support 50K transactions per second and uses a Hybrid PoS + PoW consensus mechanism.

So why is this blockchain better than a normal blockchain?

“The problems with normal blockchain are programming barriers security, vulnerabilities, lack of flexibility wasteful mining and superb speed. These problems have already been addressed by MATRIX and this is the reason why the MATRIX blockchain is better because their security is top-notch, it’s a lot quicker the wasteful mining, so you’re not actually going to be wasting a load of electricity because they’ve got a different way for you to mine”.

The trader highlights that there are a lot of benefits for using this blockchain and with them getting into the DeFi space and the NFT space, the token itself will have a lot more use cases going forward into the future.

Besides, their blockchain is a lot quicker than many of the blockchains out there and it is 1,000 times quicker right now than the Ethereum blockchain.

The trader then cites the exciting projects MATRIX has recently engaged to:

“The project has reportedly collaborated with Beijing cancer Research hospital to improve speed and accuracy of a cancer diagnosis”.

“This is one of the major things that they’re using the AI for right now which is absolutely fantastic because basically this AI and their technology are detecting cancer before it becomes really big in somebody’s body, so this could save a lot of lives all around the world”.

THETA price is up 17,000% in the past year, cracked the top 9 cryptocurrencies by market cap because the upcoming Mainnet 3.0?