This is a hidden cryptocurrency on Grayscale’s Investment, according to Coin Bureau

In a recent video, the Coin Bureau host known as Guy shares with his 1 million subscribers an altcoin named Livepeer (LPT) that has experienced an influx of new capital through digital asset management giant Grayscale’s Livepeer Trust.

Livepeer is a decentralized, blockchain-powered video streaming platform on the Ethereum network.

The project aims to introduce blockchain and decentralization to the growing streaming and live broadcasting industry, similar to its competitor Theta Network (THETA). LPT is Livepeer’s protocol token but not the platform’s medium of exchange.

“Since the beginning, Livepeer’s mission statement has been to ‘Build The World’s Open Video Infrastructure’. Livepeer is designed to tackle the costliest step of the video streaming”, the analyst says.

Despite having tens of millions of dollars investment in recent months, the crypto KOL shares that LPT has gone relatively unnoticed in the crypto space,

LPT had an initial supply of 10 million. The strategist says that instead of an ICO, Livepeer airdropped 63% of LPT’s initial supply to all Ethereum wallets holding at least 0.1 ETH shortly before the main net launch.

According to him, roughly 2.4 LPT was airdropped to over 2.6 million wallets.

“Despite LPT’s terrific tokenomics, its price performance has been pretty lackluster. LPT has only gone up by about 5x since the start of the year, which is significantly less than most other cryptocurrencies”.

One of the reasons is because LPT was airdropped to millions of Ethereum holders, anyone who claimed that LPT and never bothered to sell it on an exchange is probably doing so now that crypto is back in the news.

However, Coin Bureau notes that the general demand for LPT is consistently growing up even after its 1,100% ascent in the last year. 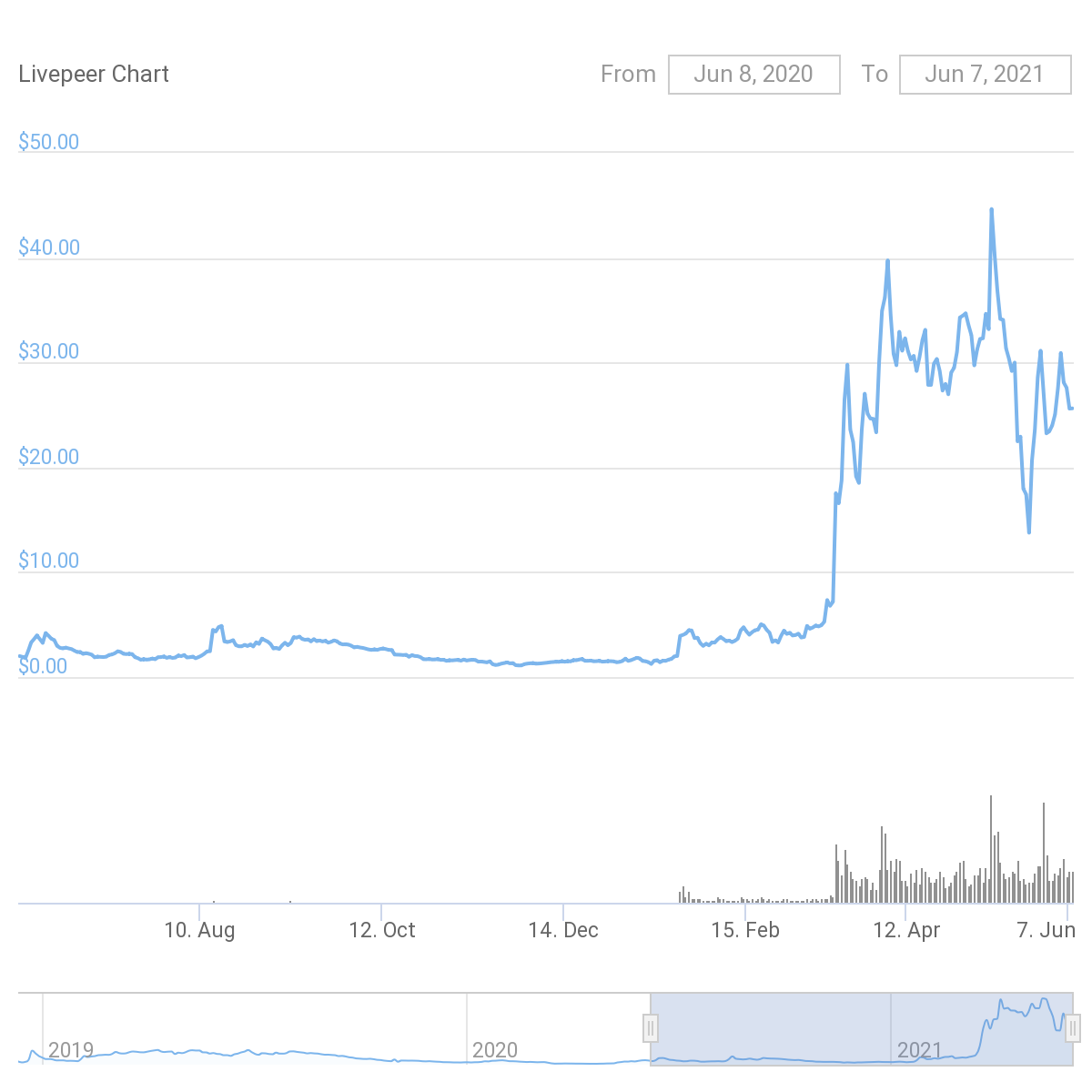 “You can clearly see the general trend for these metrics is certainly moving in the right direction. If this continues, I could see LPT pulling a 10x from its current price. And that’s because it has such a small market cap and no whales waiting to dump their LPT”.

“The primary thing Livepeer Inc will be doing is driving demand for the Livepeer protocol via their paid platform services”.

As Polygon Network is growing, scam activity migrates to this high-performance platform and latest victim is PolyButterfly

Within three months, China’s judicial interpretation of criminal actions against cryptocurrency will be issued