The latest DeFi token “to the moon” is SRM of the Serum decentralized derivatives exchange, up to four digits after its launch and exchange listings.

Project Serum is a new, non-custodial DEX that launched on August 11, and its native token SRM has grown 1500% since. Project Serum is a collaboration between centralized derivative trading platform FTX and Solana, a low-fee, high-speed, interoperable smart contract blockchain.

Launched less than 12 hours ago at press time, the token has skyrocketed from a starting price of $ 0.11 to over $ 1.80, according to Tradingview. 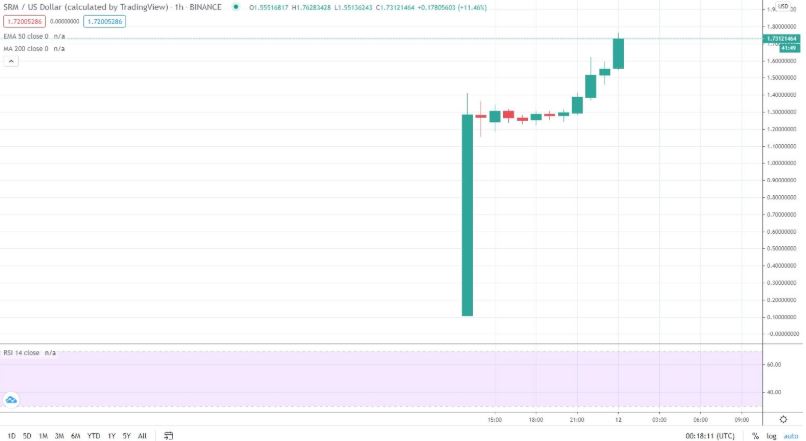 In addition to Binance, SRM is now listed on a number of other exchanges and DeFi protocols, including Uniswap, BitMax, HBTC, Balancer, TomoDEX, 1Inch and its counterpart FTX.

Well done to @SBF_Alameda & the FTX team. @ProjectSerum $SRM just launched at $1 on @FTX_Official FTX & $5 on @Binance from an 11c ICO price. I said it would pump from the hype alone but that makes it top 10 on day 1! Wowee! SRM: https://t.co/g6x5fX7D1V pic.twitter.com/bpf8zaFxb4

The newly launched DEX Serum will be fueled by the SRM governance token that will be burned every week to allow discounts on the platform. According to the official website, a maximum supply of 10 billion SRM has been allocated, with the current issue of about 160 million, according to Etherscan.

The DEX will also have SerumBTC and a SerumUSD stablecoin that helps provide physically settled cross-chain contracts. Staking is also available, with the amount needed to run a staking node currently set at one million SRM, known as 1 MSRM.

The sharp rise in the SRM price shortly after launch demonstrated that traders, investors, and speculators were still hungry for anything DeFi related.

Not ready for general users

Sam Bankman-Fried, a project advisor, says that while the Serum is up and running, it is not yet a “full product.” The team is still connecting the GUI, API, and wallet – meaning anyone wanting to use the platform will have to do so through the command-line interface. That said, it’ll eventually get a standard, easy-to-use web interface. 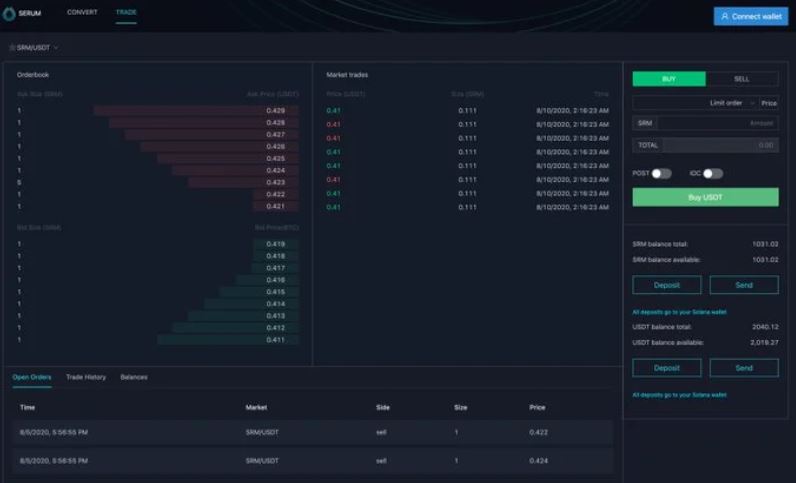 Although there is no official launch date, Bankman-Fried says that the interface will be rolled out over the next few months, along with other features like cross-chain transactions and tokenized assets.