The April perpetual selling volume occurs only during the trading hours of a certain group of traders and investors. Those trading hours are the US sessions, which shows that the main selling pressure in the market comes from US market participants, while a group of Asian investors mostly pumps the digital gold.

Here’s who constantly dumps Bitcoin on the crypto market

According to Arcane Research, BTC’s cumulative yearly return during US trading hours has massively dropped from 4.22% on April 1st to -32.55% in May. The data indicates that US traders have mostly reduced their Bitcoin holdings, creating enormous pressure on the market and becoming the main driver of the sell-off in April. 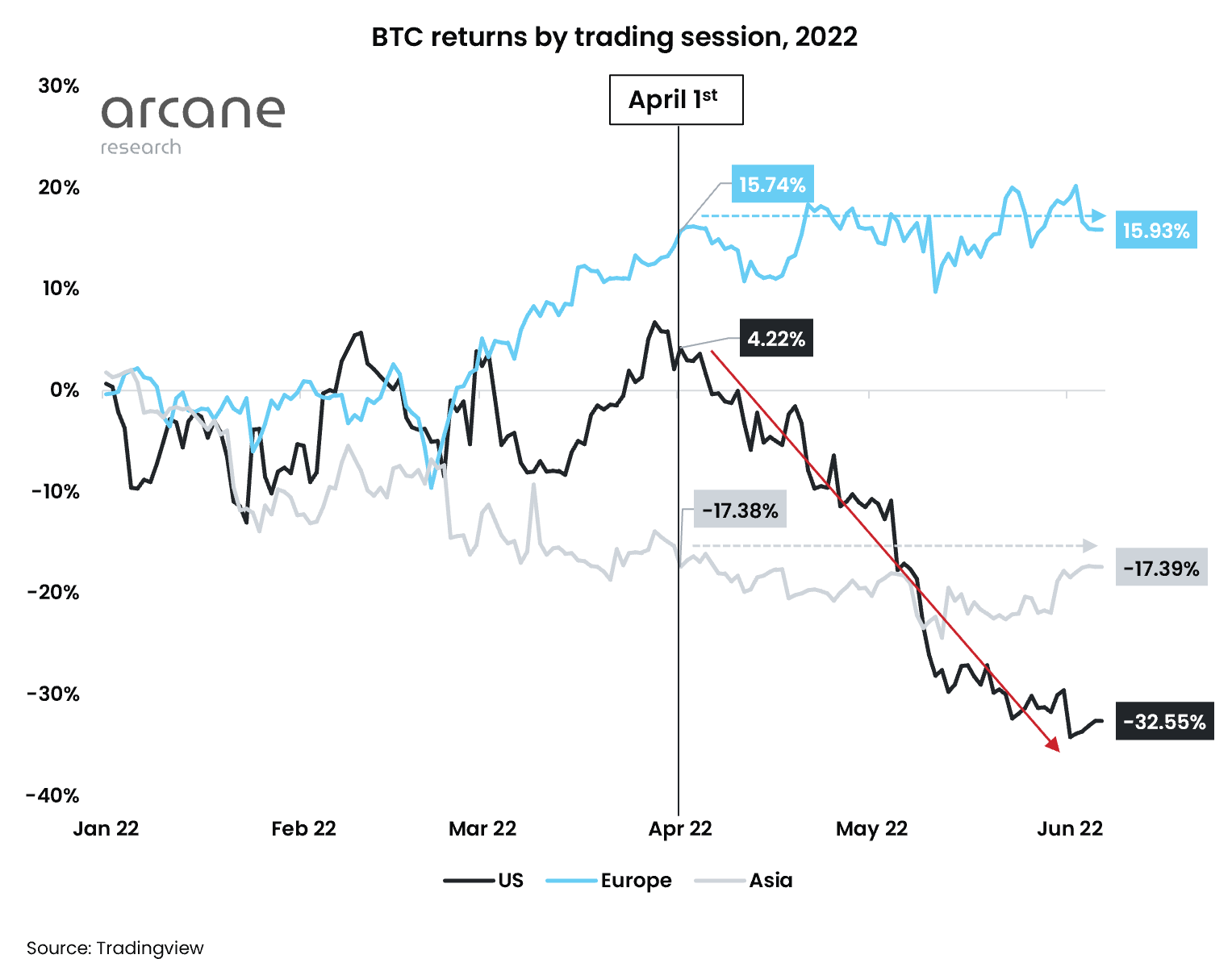 Despite the large selling volume coming from the country, Asian crypto holders see no reason to sell their holdings as massively as their Western counterparts. The same rule applies to European traders who have seen a steady return to trading.

While momentum may seem inconsequential, it can give us a hint about the market’s behavior during a trading day. With the US markets open, Bitcoin and other digital assets are seeing a spike in selling volume, which can be used by retail traders to exit their positions. them or find better entries.

As for Bitcoin’s current position in the market, it remains moving within a consolidating range formed around $28,000 and $31,000. Unfortunately, BTC failed to break through yesterday’s trading session and went back below $30,000. 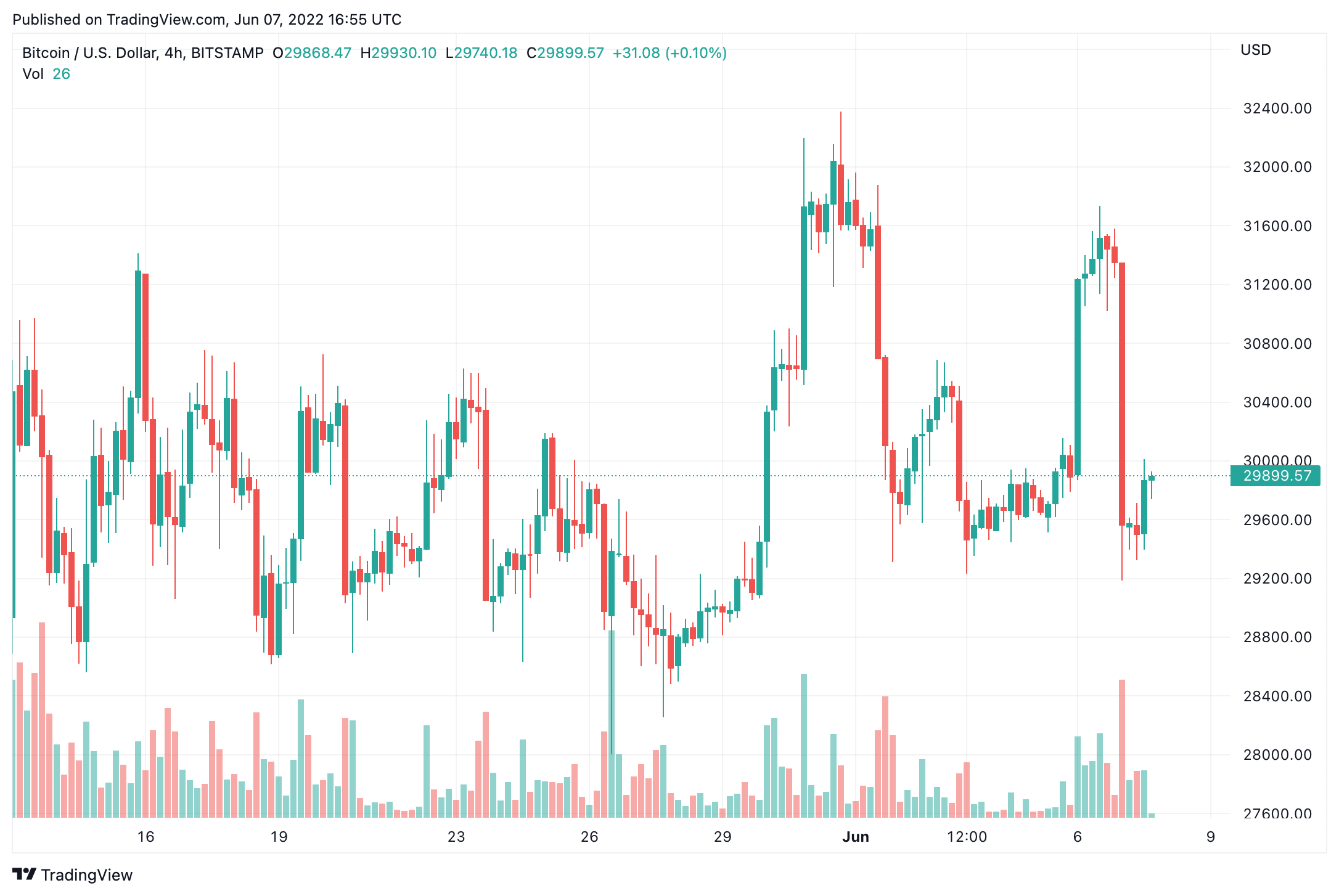 At press time, BTC trades around $29,899 and has lost almost 6% of its value in the past 24 hours of trading. The US market is not open yet and is likely to put more pressure on in the coming hours.