Cardano price has started to soar in recent weeks, up to about 700% from March 2020. And just in the past week, ADA has increased by 50%. Nevertheless, there are technical and on-chain signals indicating the altcoin’s rally is finally spent. 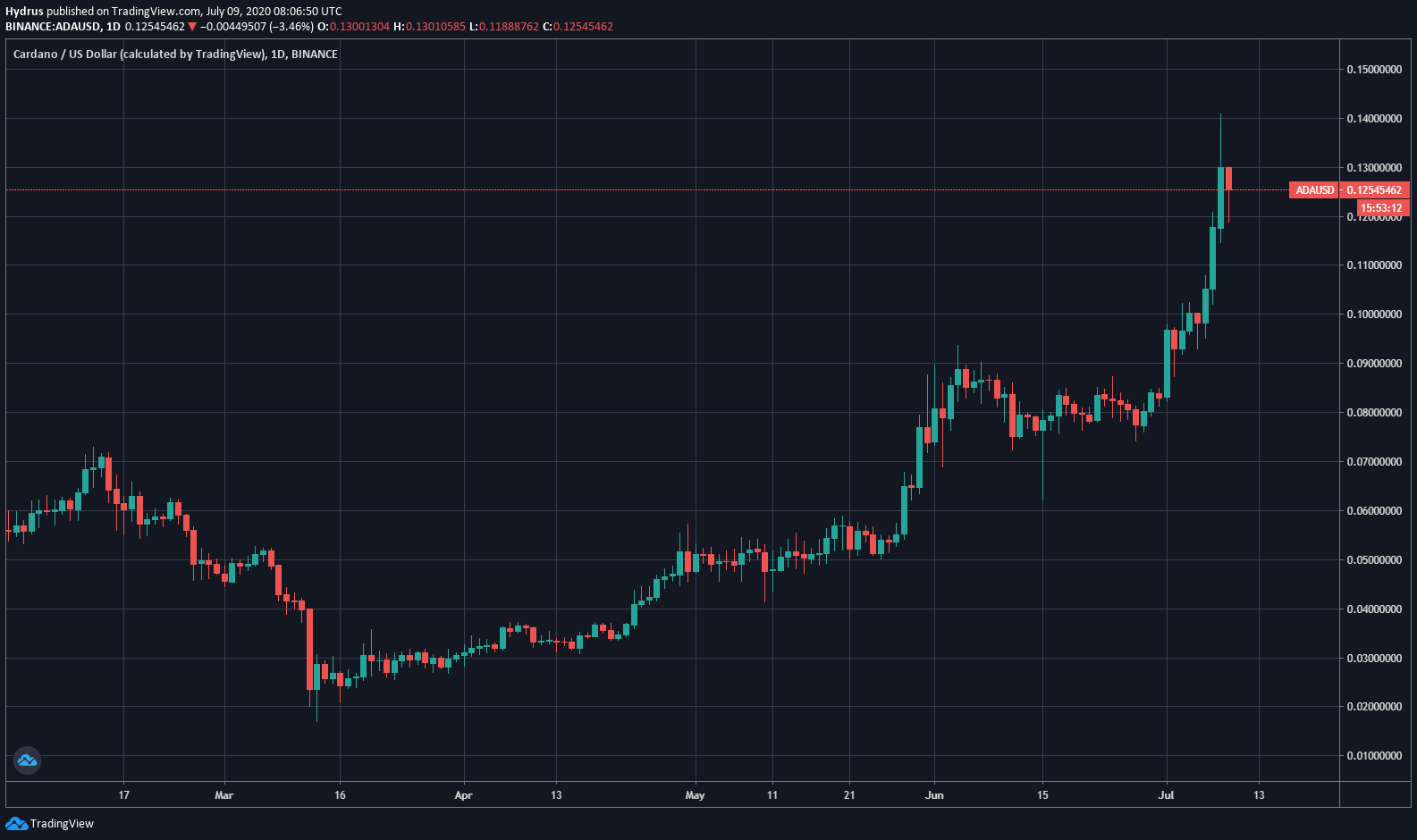 Cardano price action since the start of February | Source: TradingView.com

The reason Cardano has surged in recent days comes from the launch of the Cardano blockchain’s Shelley. However, compared to Bitcoin, ADA is racing with considerable resistance. Current levels are related to Cardano’s price history.

According to cryptocurrency trader Michaël van de Poppe, if ADA runs a few percents higher, it will reach heavy resistance that it will have trouble breaking past.

Moreover, the following four factors are sufficient to reflect the downward trend of ADA in the near future:

Cardano’s bearish trend comes as the crypto market seems to cool down after a protracted rally. In particular, the most popular altcoins in the past week are Dogecoin, Chainlink, VeChain, … are also falling sharply from the highs.

Bitcoin, too, seems to have lost its momentum, leaving the asset with just a few basis points away from the $ 9,500. There are also analysts concerned that Bitcoin’s recent price action looks exceptionally similar to the $ 10,500 seen in February.

If BTC is to retreat from here, altcoins are likely to follow. Blockchain analysis firm Coin Metrics, after all, reports that Bitcoin’s 180-day correlation and many leading altcoins (including Cardano) are more than 0.80.

Cardano Foundation is the organization behind primary cryptocurrency Cardano. On July 9, the organization announced that someone claiming to be from or endorsed by the Caribbean crypto exchange BTCNext professes to personally know the Cardano core members as a way to reassure that investments will be safe.

“Neither the Cardano Foundation nor any of its ecosystem partners are in any way associated with BTCNEXT, and they are also not our partners of any sort.”

The Cardano Foundation continues to advise the community to be alert for any suspicious complaints and conduct due diligence. It also urged individuals to refrain from sending any data to third parties that claim partnership with its team or other entities in its ecosystem.

“We will never ask you to send your funds (assets) to us.”

The irreversible nature of cryptocurrency trading makes cryptocurrency assets a popular choice for scammers, as in traditional financial systems, scammers have to be extra careful to Avoid reversing transactions or banning bank accounts. Some scammers even create fake consumer organizations, forcing victims even more money after they suspect the organization is a scam.

You can see the ADA price here.