Bears have gained the upper hand over the past few weeks, as the Bitcoin price has been on a continuous downward trend despite having been captured during several weeks of consolidation. Currently, Bitcoin is trading right above the critical support level that seems to be getting weaker due to repeated testing over the past few days. 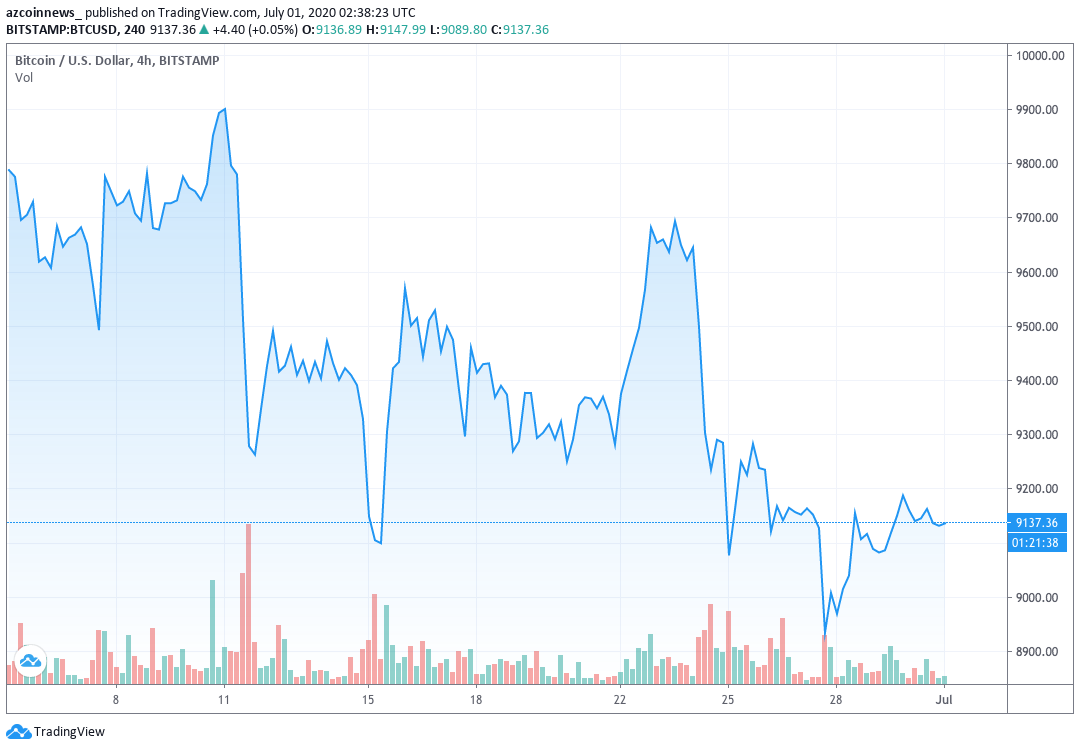 Bitcoin and the synthetic cryptocurrency market were unable to gain any decisive momentum despite the chaos seen last week. Bitcoin first started to fluctuate at $ 9,700, then fluctuated around $ 9,400 and is currently trading just above its lows at $ 9,000.

At press time, Bitcoin is trading slightly lower at the current price of $ 9,140. This is around the price at which it has been trading for the past few days. Yesterday, Bitcoin tried to climb higher but encountered an insurmountable resistance in the $ 9,200 zone.

Last week’s volatility – which brought Bitcoin to a high of $ 9,800 before it returned to a low of $ 8,900 – did not provide clarity on the short-term trend of the cryptocurrency. That being said, it did work to confirm a bear-favoring “death cross” pattern that focuses on flashing before Bitcoin makes sharp downside movements.

According to the cryptocurrency analyst, the presence of this factor has made Bitcoin seem to weaken while looking at its 4-hour chart. This could even cause Bitcoin to end the June candle low, potentially increasing the downtrend throughout July.

A few days ago we saw the cloud flip bearish (red) and recently saw the 89 and 200ema death cross as well.

As AZCoin News reported, in addition to forming a “death cross’ heading into its monthly candle close, analyst Cactus is also noting that the consecutive rejections posted at $ 10,000 over the past several weeks seem to spell trouble for what comes next.

Rejected $10,000 for the second time this year and it seems as though HTF momentum is starting to slow, expecting price just to range here for a while, which is fine as long as buyers continue to support RL…

Thinking a retest of RL at $8600 region is likely. pic.twitter.com/UAMGJlVSMC

This led him to suspect that an $ 8,600 test is about to happen, with its response to this level providing important insights into Bitcoin’s medium-term trend.