There are 4 key indicators that could boost Bitcoin price achieve $22,000

With Bitcoin price likely to reach $ 17,000 in the near term, quite a few analysts are very optimistic about the future of this market-leading cryptocurrency. In it, the founder of Lookintobitcoin.com, Philip Swift, gave four compelling reasons to believe that Bitcoin is headed for $ 22,000. Both fundamental and technical factors show that the momentum of the leading cryptocurrency is intensifying.

Cool, See you at $22k in a few weeks when price reaches the 350dma x 2 of the Golden Ratio Multiplier. pic.twitter.com/pI84kJwmhh

4 factors that prove Bitcoin price will increase to $ 22,000

The first factor to consider is the percentage of Bitcoin hodl in a year of investors. Since the price crash in March, the one-year wave of coin hodl has increased from 59% to over 62%. And this rate is currently at an all-time high, showing a clear cumulative trend.

As the number of hodlers increases, it appears that the trend to buy and hold Bitcoin will also increase. The on-going trend may suggest that investors expect a broader Bitcoin rally in the long term. 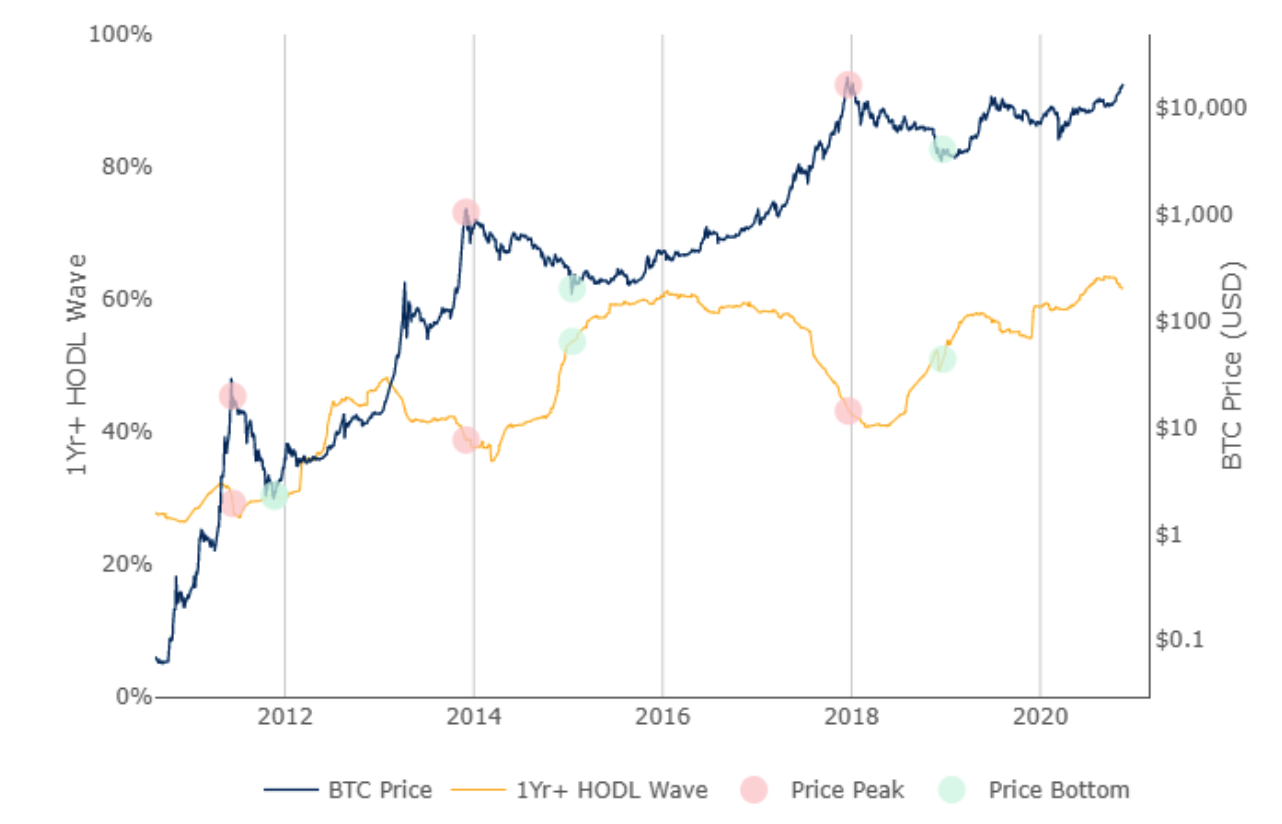 The second factor is a decrease in Bitcoin exchange reserves. As of yesterday, around 145,000 BTC were moved out of exchanges during the past month. A monthly flow of Bitcoin worth $ 2.3 billion shows investors’ intention to hold their Bitcoins over the long term.

Investors must deposit Bitcoins into exchanges to sell their holdings. Hence, when cash outflows increase, it often shows that investors plan to hold Bitcoin for the long term.

Bitcoin futures markets use a funding ratio mechanism to ensure a balance in the market. If there are more dresses than shorts, the funding rate becomes positive. If so, the buyer must compensate for the short seller and vice versa. The average funding rate of Bitcoin perpetual futures contracts is around 0.01%. The funding rate has remained around 0.01% or sometimes lower than that throughout the past several months.

This shows a good balance between the buyers and the sellers, and the market is not too hot yet.

And finally, the stakes hold for a prolonged BTC rally. In the United States, Grayscale remains the preferred entry point for institutional investors in Bitcoin. Grayscale Bitcoin Trust is the closest investment vehicle to an exchange-traded fund, as it is publicly traded in the US.

According to Grayscale, the company currently holds more than 500,000 BTC, for $ 16,700, worth more than $ 8.35 billion. Institutions have continued to accumulate Bitcoin as it announced a strong recovery since the beginning of 2020. Bitcoin’s resilience, especially since it consistently outperforms gold, has made the recommendation for storage the value more attractive to organizations throughout the year.

XRP price surged over 9% and it even broke the $ 0.3 resistance, recording a 17% return over the past seven days