Despite bearish market conditions and the ongoing Ripple lawsuit, the XRP community continues to maintain high optimism toward the XRP price. At the center of discussion in the XRP community are Jimmy Vallee, CEO of Valhil Capital, and his buy-back price prediction of $35,000 for the seventh-largest cryptocurrency. An XRP user, “IanG,” instead believes XRP might reach $50,000.

The predictions were surely met with some measure of skepticism. Crypto user “Jon Good,” also referring to Valhil Capital’s CEO’s comments, tweeted in response, “For all of you saying this isn’t possible. Please research ISO20022 and the new payment ecosystem that is coming to our globe. He (Jimmy Vallee) is simply saying for XRP to be the cross-border payment token that it is, each coin must be equivalent to the assets that it is moving.”

“If this is the case, XRP must be set at a price. Market cap and bull/bear runs won’t matter anymore for XRP. I’m not believing it till I see it, but I’m hopeful based on my extensive research on what is coming in the new ecosystem”, he said.

In the past two years, we went through discussing, designing, documenting, building, testing, benchmarking, more building, (etc., many iterations!), resulting in a first public testnet (it really worked!) early 2021.

A few months ago, we silently launched Hooks Testnet V2.

Amid the dragging on in the Ripple SEC lawsuit, optimism remains following increased use cases of XRPL. As reported by U.Today, Ripple partner Peersyst Technology recently announced the launch of Colombia’s first National Land Registry on top of the XRPL blockchain. 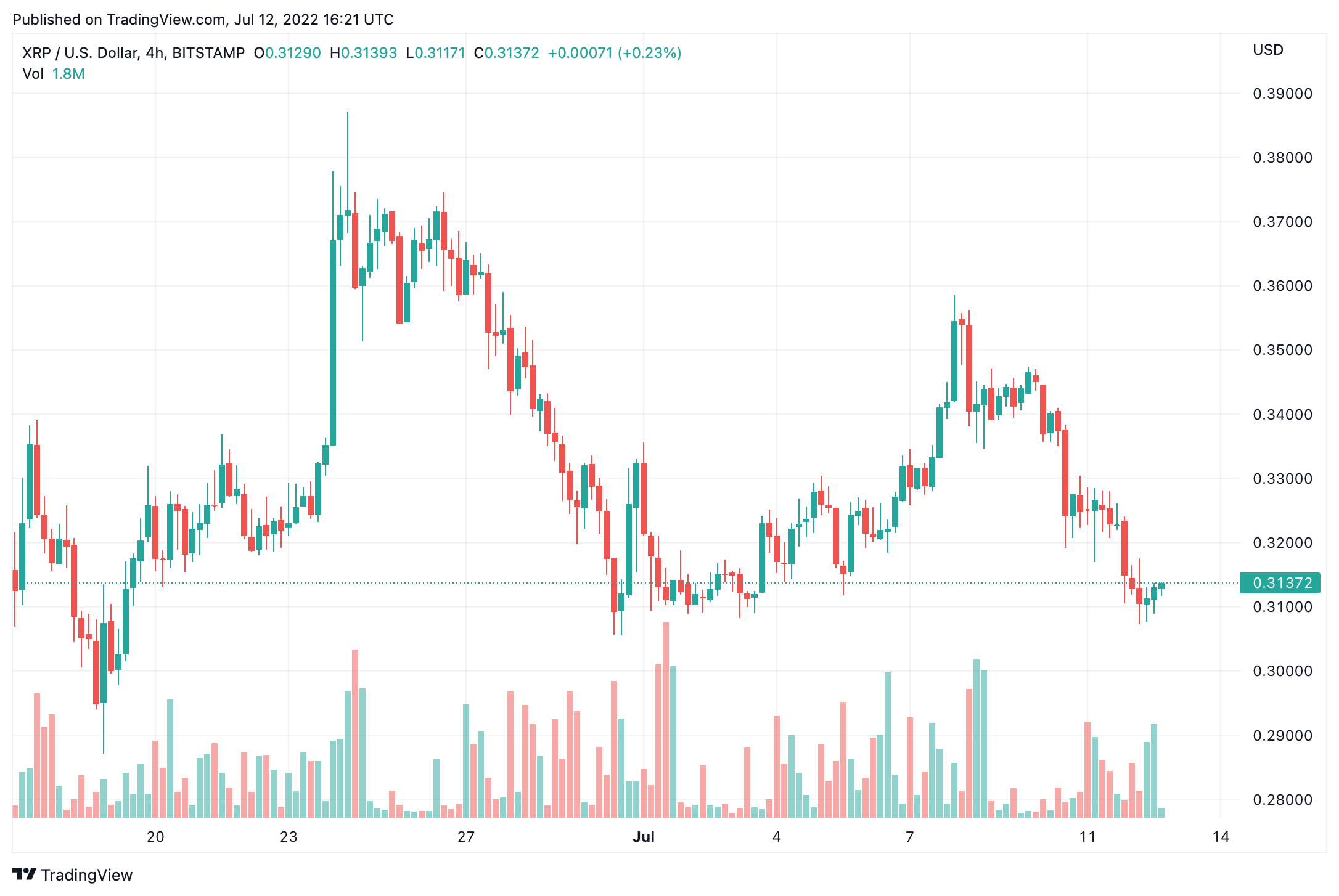 At the time of publication, XRP was changing hands at $0.31. According to XRPL developer Wietse Wind, XRP Ledger now has a testnet offering smart contracts. XRPL Labs stated that it launched Hooks Testnet V2 a few months ago. It also unveiled the Hooks Builder—a web-based development environment that allows devs to build, test, deploy, trigger and debug Layer 1 smart contracts on XRPL.

Still sinking in that the XRP Ledger now has a testnet offering smart contracts. Real ones. Layer one.

Guess it’s time to educate the crypto space that some of the FUD really makes no sense.

The initiative came about as a result of work that began two years ago, according to a series of tweets by XRPL Labs. The action is part of its aim to make XRP Ledger compatible with smart contracts.