According to Google trends, Cardano has become the latest frenzy for smaller investors. The number of Google searches has exploded since the start of February.

Firstly, they broke the previous record set during the 2017/2018 bull run. However, the interest-only intensified in the following weeks as projections estimate that the searches will more than double by the end of the current week (by March 6th, 2021). 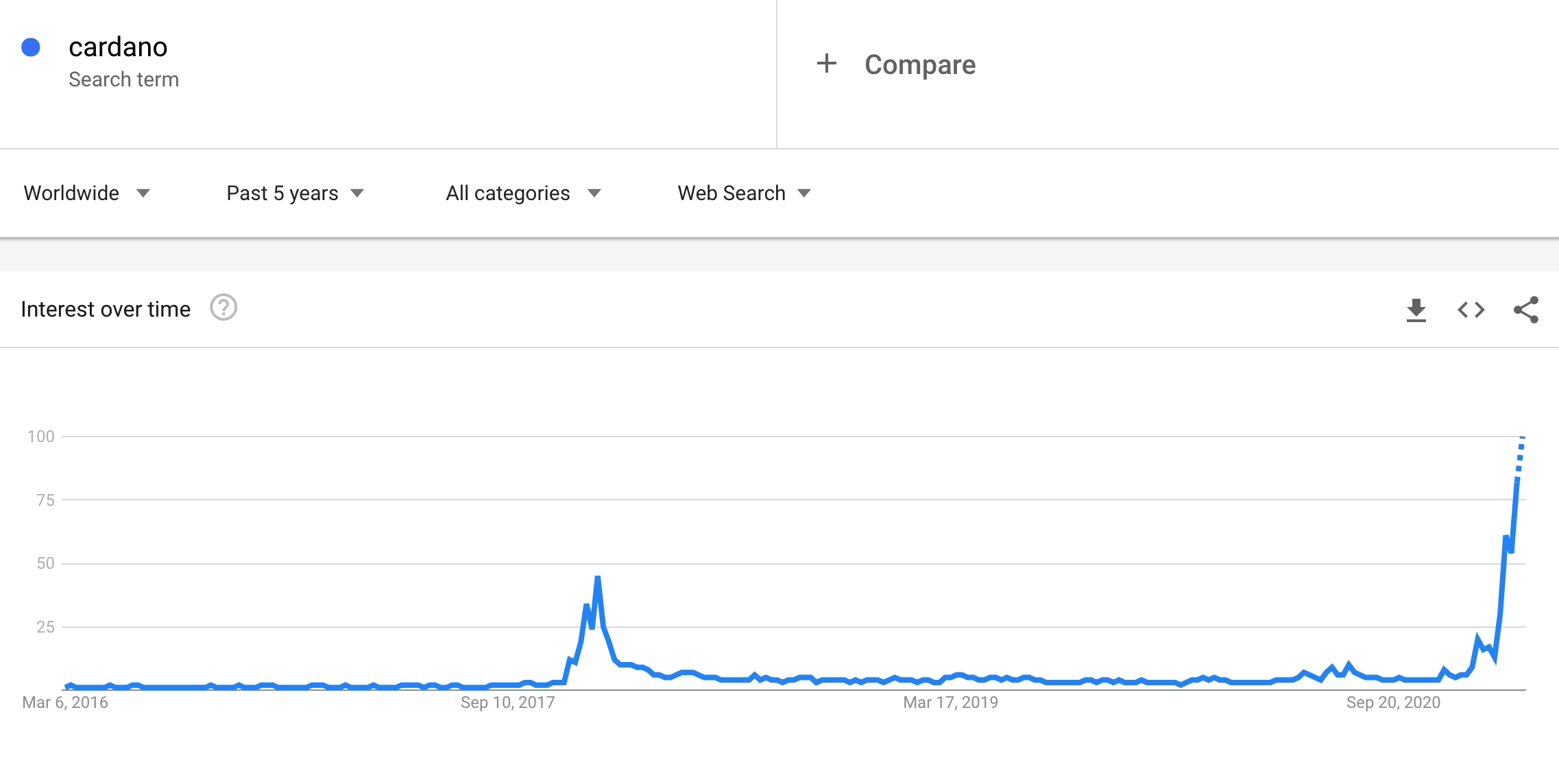 The surging interest for Cardano comes amid several vital developments from the blockchain project.

The demand for Cardano’s native cryptocurrency has also been on the rise in the past several weeks. A fitting example came last week when a Dubai-based investment fund announced plans to sell $750 million of its Bitcoin holdings and to allocate the funds into ADA and DOT.

Somewhat expectedly, the network developments, the growing appetite from retail investors, and crypto funds have impacted the price of the ADA token positively.

The asset entered the new year at about $0.18. Since then, though, it blew up following a 700% surge to a new all-time high at nearly $1.50 a few days ago. Despite retracing slightly since then and currently trading at $1.25, ADA is still roughly 600% up year-to-date.

Naturally, this impressive performance boosted the market capitalization, and ADA became the third-largest digital asset by that metric with a market cap of $40 billion.