The abduction appropriated $1,5 million – the victim is related to the company allegedly fraudulent Bitkingdom

On June 21, according to a source from the Vietnam Criminal Police Department, seven people in gangs in several provinces were arrested for investigating “robbery.” In particular, the police agency accused the seven suspects of appropriating 35 billion VND (around $ 1,514,716) through electronic wallets. Notably, the victim was involved in a notorious Bitkingdom scam. 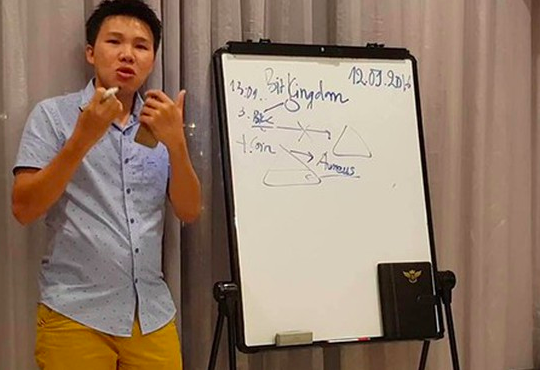 Victim of robbery during a lecture about Bitkingdom

BitKingdom is a profitable investment model, trading through Bitcoin. Those who own and wish to trade this currency will access BitKingdom and make purchases, sales quickly, conveniently, and safely. Bitkingdom has many packages from 10,000,000 VND to 200,000,000 VND. The more real money you invest in Bitcoin, the more participants, will gain. Even if you introduce a new member, the participant will also receive a 10% commission equivalent to the Bitcoin value of the following participant if you don’t know anything about Bitcoin or Bitkingdom. Someone will teach you how to play it.

With a model like this, Bitkingdom has no difficulty attracting investment from fledgling cryptocurrency investors.

The victim is a multi-level model business model Bitkingdom

It is known that the victims and suspects have known each other before and have business activities with each other. The suspects admitted that they had invested in cryptocurrencies together but failed, losing a large amount of money, so arose greed with victim Le Duc Nguyen (L.D.N.).

At the same time, the suspects discovered that L.D.N. had a bumper sale of cryptocurrencies, saying he was the reason for his losses. Therefore, they hired private detectives and criminals to set the scenario of the robbery and split the money after a successful robbery.

According to the investigation, in mid-May, the victim’s family was traveling on the highway when they collided with another car. When the victim and his wife got out of the car to deal with it, another group came over to control him, blindfolded him, and took him to the car. 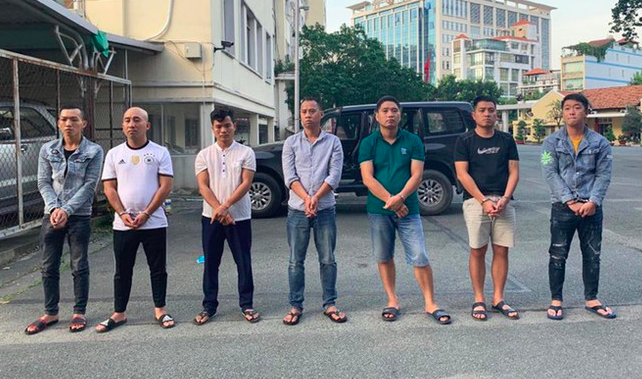 The suspects participated in the robbery

The group then threatened and beaten the victim to provide a username and password to transfer money from the victim’s electronic wallet to the target group. And yet, they made the victim called to request an additional transfer of $ 9.5 million into the wallet so that the thieves could take over but during the phone call, the victim called “do not fight again”, causing family members to suspect should not transfer.

After the victims transferred the money on e-wallets to them, they were exchanged for an amount of over 35 billion VND and divided among themselves. With the information that the victim is a cryptocurrency trader, the police rely on the transaction information provided by the victim to track down the subsequent transactions.

Applying many professional measures, mainly high technology, following the cash flow, the specialized committee has zoned the target group of the criminal.

After being arrested, the subjects in the robbery case had traded with L.D.N. about 10 billion. However, after controlling the victim, the group asked him to switch to a digital wallet totaling 35 billion VND.

After being arrested, the subjects in the robbery case had traded with L.D.N. about 10 billion. However, after controlling the victim, the group asked him to switch to a digital wallet totaling 35 billion VND.

However, only after a short time of paying real money as committed, Modern Tech changed the method of paying interest to cryptocurrency, while increasing the minimum investment limit to withdraw profits, forcing investors to invest more money. 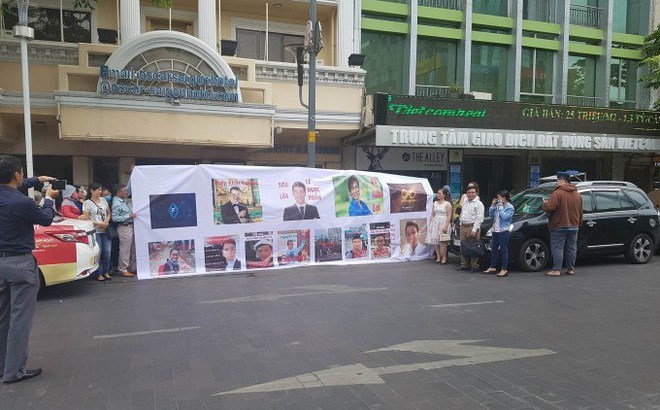 As a result, after four months of operation, on March 7, 2018, Modern Tech closed a tax code with the Tax Department of Ho Chi Minh City – before the time of being accused of appropriating 15,000 billion VND of investors.

On the morning of April 8, 2018, dozens of people flocked to the headquarters of Modern Tech Joint Stock Company to put up banners, accuse Modern Tech, and the iFan development team, Pincoin fraudulent appropriation of assets, and pleading for the police to join.