The total cryptocurrency market cap fell by more than $200 billion as Bitcoin price dropped to $30,229 but now has recovered slightly to $ 33,800

Bitcoin price plummeted so the cryptocurrency market also fell. Moreover, the S&P 500, Dow, and the NASDAQ all finished the day in the red, down 0.66%, 0.29%, and 1.55% respectively as big-tech and the FAANG stocks hit their lowest levels since November 26. 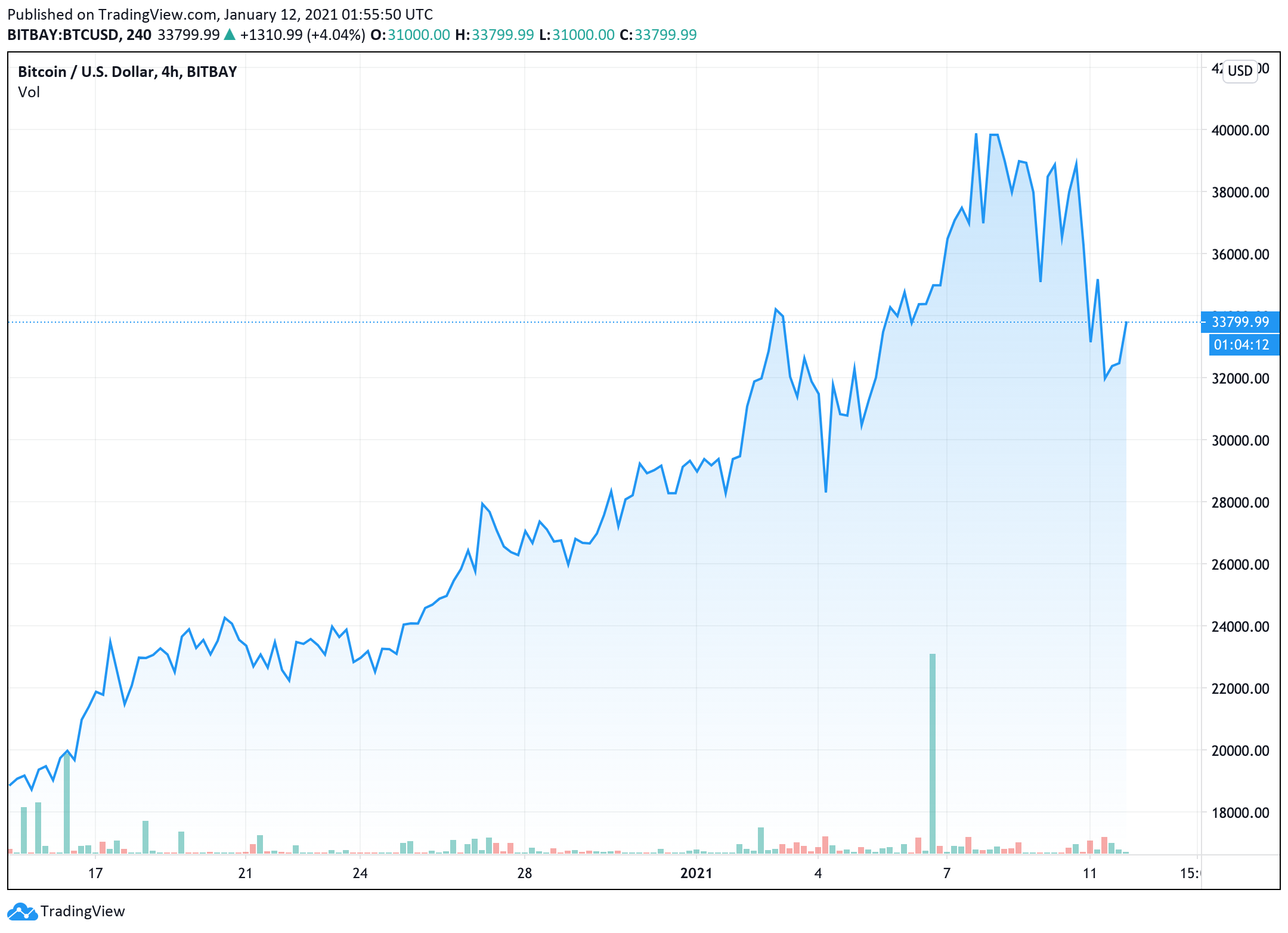 At press time, Bitcoin is trading around $ 34,250, down more than 7% in the past 24 hours. During the day, the lowest Bitcoin price was recorded at $ 30,305. The rapid price decline led to more than $ 2.7 billion worth of futures contracts being liquidated and the long candles on the Bitcoin price chart show that the cascade of liquidations occurred quickly as the price dropped from $ 41,000 to $ 32,229.

Even so, many analysts argue that such a drop is a necessary correction. Namely Celsius CEO Alex Mashinsky. He views the recent drop as a healthy price correction and Mashinsky hinted that there is a possibility of BTC dropping as low as $ 16,000 before resuming its upward trek.

“I see Bitcoin prices plunging even further than 25%. Sooner or later, the bears will accumulate enough pressure to see a correction. Overall I see the potential for bitcoin prices to fall all the way back to $16,000 before the end of the first quarter.”

Bitcoin’s bull run also comes in line with a number of other economic factors, including money printing and possible inflation.

On the market, there are 88 of the top 100 coins by a market value falling in price compared to 24 hours ago, with the highest drop at 23.45% belonging to Bitcoin SV in the top 20 CoinMarketCap. Ethereum price was also hard hit by today’s downturn, dropping as low as $914 before finding support. At press time, ETH is down 16.33% and trading at $1,033.

Out of the top 50 cryptocurrencies, the only token currently trading in the green on the day is NEO, up 1.5% and trading at $22.52.