The Texas Department of Banking has issued a notice confirming that state-regulated banks can store cryptocurrencies on behalf of customers, as long as they have the right protocols in place to comply with the law. 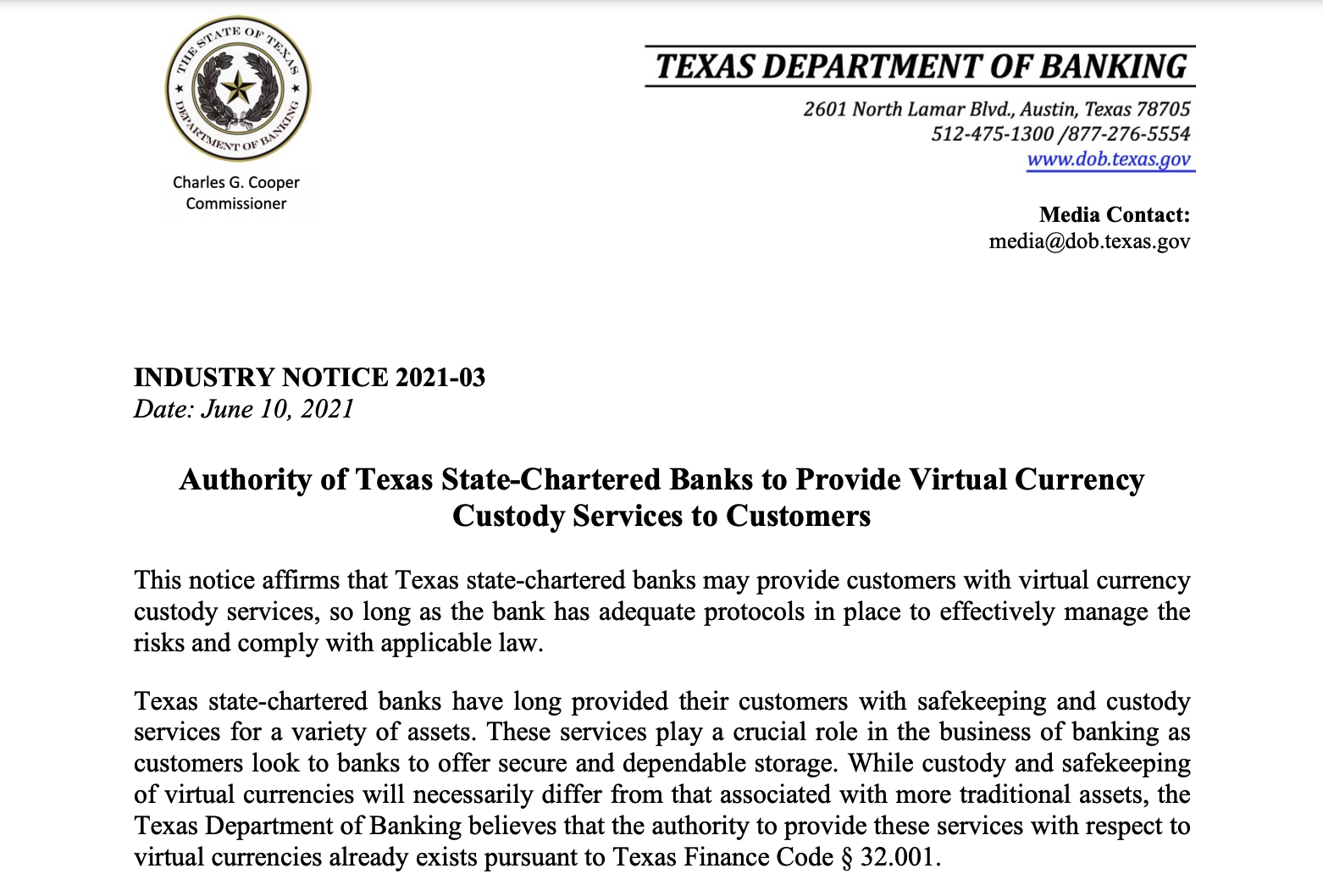 Source: The Texas Department of Banking

While that seems like a big win for the state’s crypto companies and users, from the department’s perspective, nothing has really changed.

The Department of Banking wrote:

“Texas state-chartered banks have long provided their customers with safekeeping and custody services for a variety of assets. While custody and safekeeping of virtual currencies will necessarily differ from that associated with more traditional assets, the Texas Department of Banking believes that the authority to provide these services with respect to virtual currencies already exists pursuant to Texas Finance Code § 32.001.”

The announcement gives interested banks the option of storing copies of their private keys or even accepting electronic transfers into a single bank-controlled wallet. They may also partner with third parties to provide such services.

Furthermore, fiduciary banks may offer escrow services, which means they have certain legal obligations to their clients, including keeping the asset safely and returning it unharmed upon request.

In other words, a Texas-regulated bank can do anything a federally regulated bank can do. That makes Texas a desirable place for financial institutions to do business. It has the second most banks in the country, behind only California, per the Federal Deposit Insurance Corporation.

Bitcoin miners have flocked to take advantage of the regulatory environment as well as the abundant wind energy supply in West Texas.

The central bank of Indonesia bans cryptocurrencies as…

The Internal Services Revenue (IRS) has got its eye on…

The Chinese province of Yunnan becomes the latest…

The Indian government may be regulating crypto as an…

The SEC’s Office of Investor Education and…