According to one of the lawyers closely following Ripple’s case, James K. Filan, the SEC has filed a one-page response to Ripple’s sur-reply to the SEC’s Motion to Strike Ripple’s Fair Notice Affirmative Defense.

The SEC’s response focused on arguing that the SEC’s previous cases had nothing to do with or have in common with, Ripple’s case. 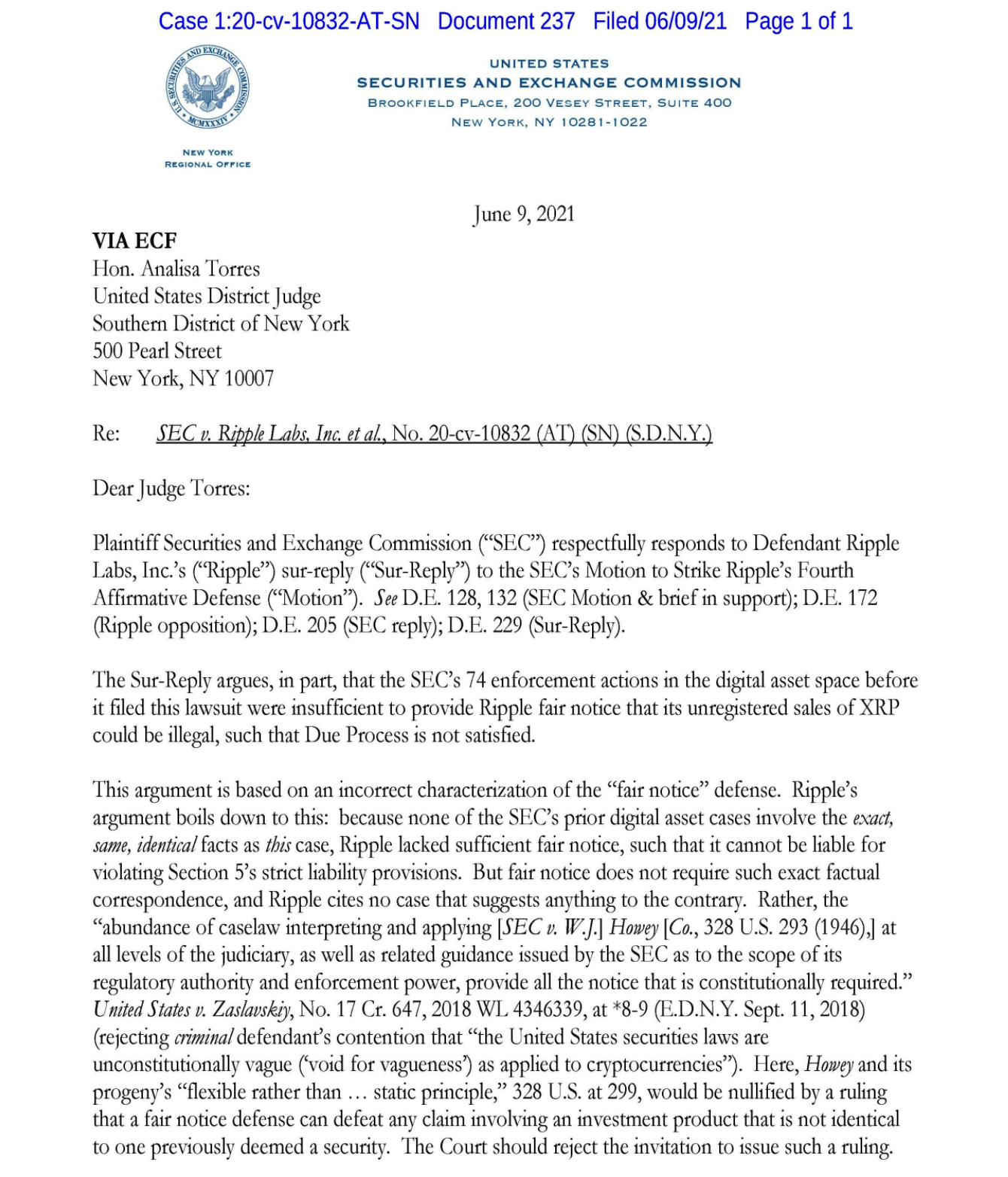 The case is all about an authority a company for a violation that was never clearly stated before, however that authority thinks the violation could be concluded sometime by the company based on other partially similar cases from the past.

In short, the SEC is not willing to share their information.

However, the response of the SEC was met with mixed reviews from the cryptocurrency community, especially those who love Ripple and XRP. Most of all think the SEC is making a desperate attempt. Furthermore, this response makes no sense and is incoherent.

This seems to be a pretty bad move by the SEC in this case.

The ongoing SEC-Ripple lawsuit is inconsistent with the XRP price. XRP rallied back in December when news of the original case broke. Since then, the effects began to fade. The SEC hasn’t completely knocked Ripple out in any way, while Ripple has diligently held its ground.

When it comes to gauging XRP’s long-term performance, it largely relies on the strength of market sentiment. The XRP Army community is one of the main catalysts for XRP. Basically, XRP is not lagging behind. 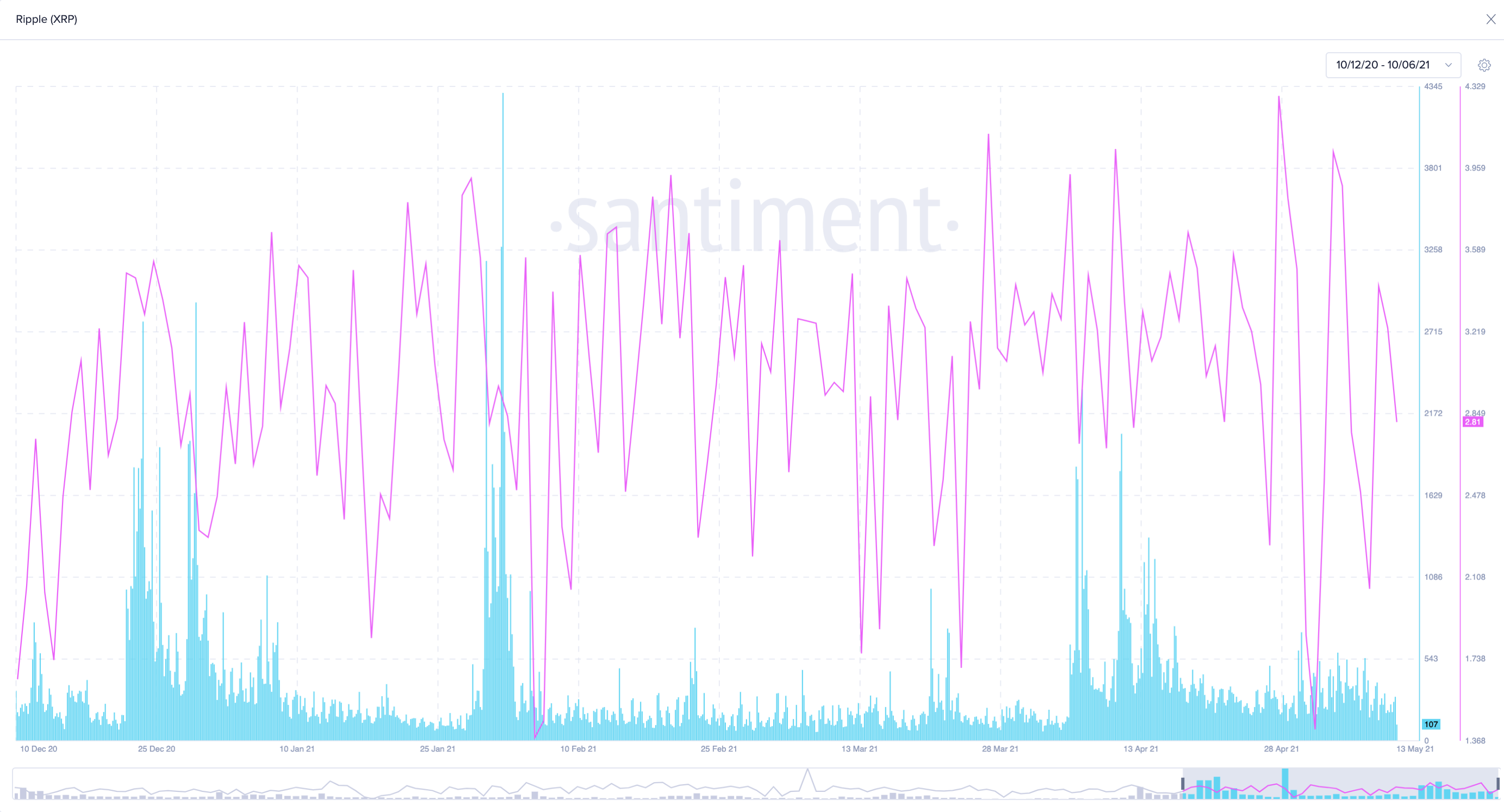 First, XRP holders have not abandoned their tokens. The Mean Coin Age for XRP has continued to rise in the chart despite the recent crash. Mean Coin Age determines the average amount of days that XRP remains in the current address. A rising slope is indicative network-wide accumulation trend.

XRP’s Market value to Realized Value Ration z-score remains nominal. This shows that the current trend has a better chance of going higher than down in the current market. As observed, the MVRV-Z score spiked during the bull cycle and now the indicator has reset.

From a development perspective, activity isn’t really ramping up like it was late last year, but the average number of Github repositories is hitting the same average as it was in February 2021. On June 5, activity was already down. showing 5-month highs, so further upside could move tied to development stats.

XRP has continued to struggle with the bear market, trading around $0.89. However, selling pressure seems to be easing across many groups of traders, so the probability of a rally is also evident.

[Coinlist] A Deep Dive into HUMAN: Unlocking the World’s Workforce

President Nayib Bukele plans to use geothermal electricity to mine Bitcoin

While Ripple sees a new lawyer join the legal team to…