The rises in Ethereum’s social dominance stood at 14.79% after climbing 23.19% in only one month

With the Ethereum Merge upgrade scheduled for September 15, the interest and excitement around the second largest cryptocurrency by market capitalization has only increased in recent weeks as the event drew nearer.

One approach that helped record this ascent was the rise in Ethereum’s social dominance. On September 13, stood at 14.79% after climbing +23.19% in only one month, according to the statistics provided by the social intelligence platform LunaCrush. 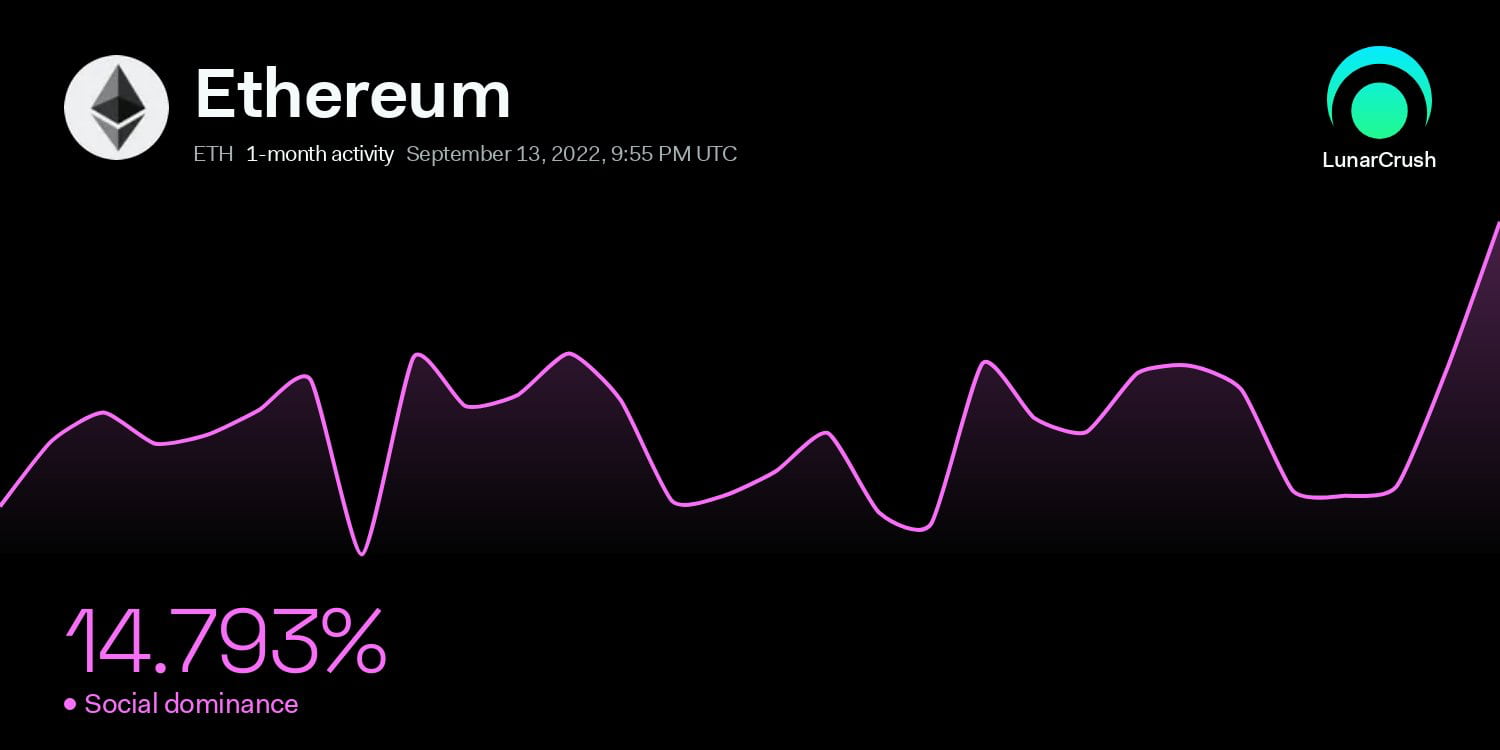 Meanwhile, on September 14, social mentions for Ethereum were up 9.7% over the last week, while sociEthereum’sents were up 34% over the same time period.

McGlone also opined that Bitcoin and Ethereum would be the potential winners from any interest rate hikes citing ongoing activities around the two assets. Concerning Ethereum and the increasing demand for the DeFi asset despite the diminishing supply, McGlone had claimed earlier this year that the price of ETH would continue to go up since it is “becoming the internet’s collateral.”

As its transition to Proof-of-Stak” (PoS) on-chainternet’s are showing”positive signs as of September 12, the ratio between unique ETH being moved and the network’s current market cap was in its best state in 16 months.

Compared to its market capitalization, Ethereum tokens’ circulation is exhibiting the bullish divergence it has seen since May 2021 as traders get ready for the Merge.

The Seoul courts issued a warrant for the arrest of Terra co-founder Do Kwon, LUNA price dumps 40%