The cryptocurrency community is very enthusiastic but not easy to deceive. Recently, a Reddit user posted on the r / pancakeswap subreddit. This is the public forum of the decentralized exchange Pancakeswap. He asks for help in returning money from the BEP-20 tokens he created. It turned out, however, that this was just an unsuccessful fraudulent attempt. 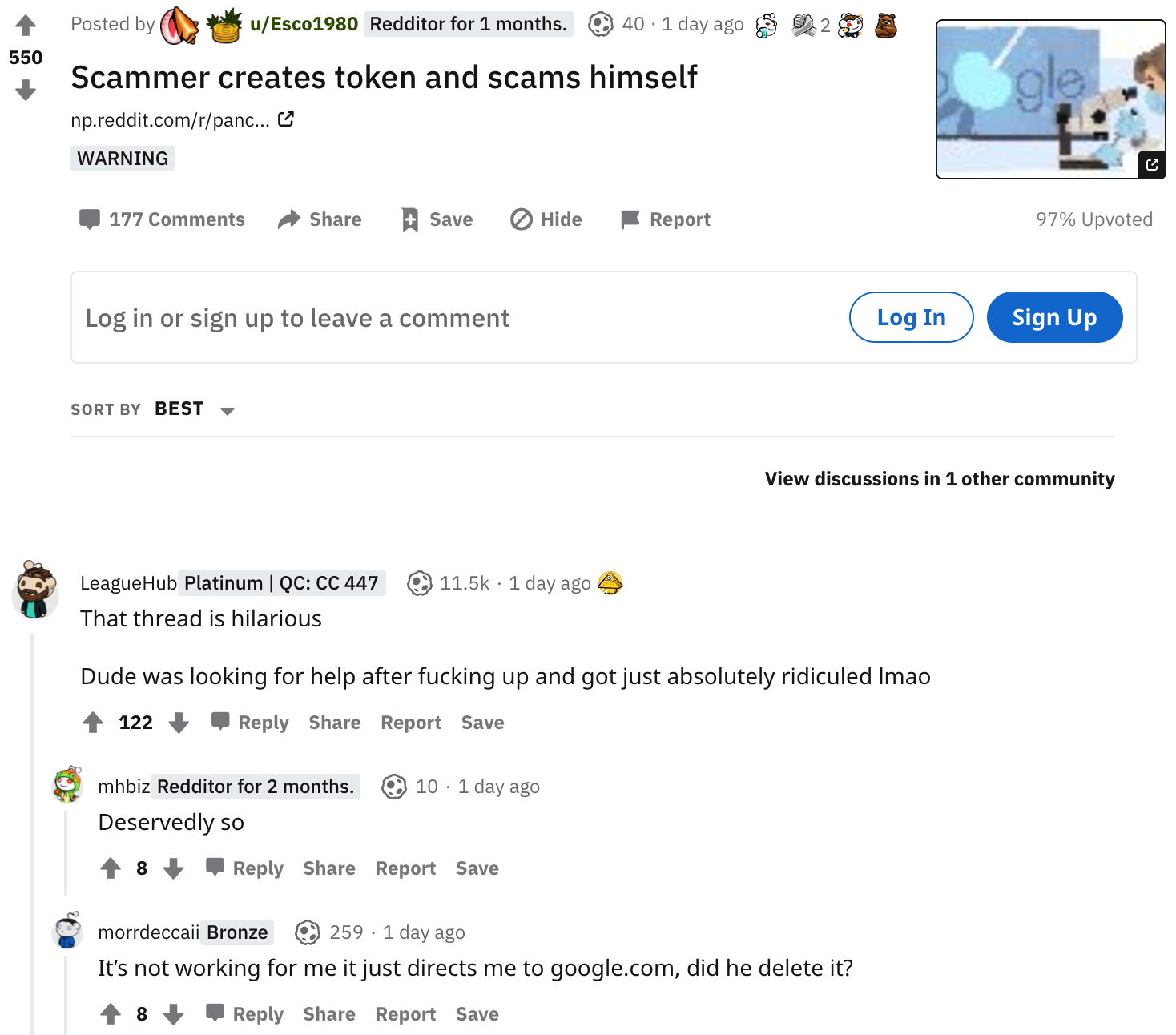 “Hey, I created a token on pancakeswap but now I want my money back. It says I cant trade it back because the price impact is too high. So I basically lost. 366$? Please help.”

Information analysis shows that the user created a PI token while selling it based on a BSC token for another cryptocurrency of the same name. User post history shows he is promoting an affiliate link for this other cryptocurrency.

Then this person tries to withdraw his initial investment, the smart contract does not allow him to withdraw as the withdrawal will significantly affect the token price, due to low liquidity. At this stage, it is not known whether this is purely a BSC safeguard or if someone dragged him to activate the protective measure.

It turns out this is a scam token that mimics a current unrated project that has a use case of mobile cryptocurrency mining. Whether on Ethereum or Binance Smart Chain (BSC), anyone can create tokens. But with much cheaper use of the BSC, it looks like scammers are turning it into their network.

Either way, the comments on his post for help are not very sympathetic.

Binance Smart Chain launched last September as a parallel blockchain to Binance Chain. It allows for the creation of smart contracts for tokens on the BSC network and introduces a new BNB staking mechanism.

The goal is to compete with DeFi on Ethereum and with cheaper, faster transactions, users are flocking to BSC. During the half-year, the total value locked (TVL) in BSC soared to $ 43 billion. By comparison, it took almost 4 years for the TVL in Ethereum to reach $ 65 billion.

Recently, BSC has been involved in a series of scams. The biggest case so far was MeerKat Finance in early March, raking in a total of $ 31 million for scammers, made up of between 14 million BUSD and 72,635 BNB. Or more recently, as AZCoin News reported, another DeFi project on Binance Smart Chain has fallen into the hands of hackers. This time, Uranium Finance was hacked and stolen over $ 50 million.

And that is not unique because before that there were PopcornSwap, Zap Finance, Tin Finance, and TurtleDEX.

While Binance takes user security very seriously and has been active in providing a degree of victim compensation, such as in the WineSwap exit scam, practically anyone can create smart contract tokens.

Top Crypto Altcoin Gems for May (Part 1), according to Altcoin Buzz