Last week was a tough week for the cryptocurrency market, with the volatility of the Corona epidemic having a substantial impact on the global market, causing many assets to be continuously sold off. The ETH price does not seem to hold its momentum after recovering to $ 137 on significant exchanges. The recovery occurred after the technical indicators soared to $ 170. At press time, ETH has dropped nearly 8% in the past 24 hours, hovering around $ 124. 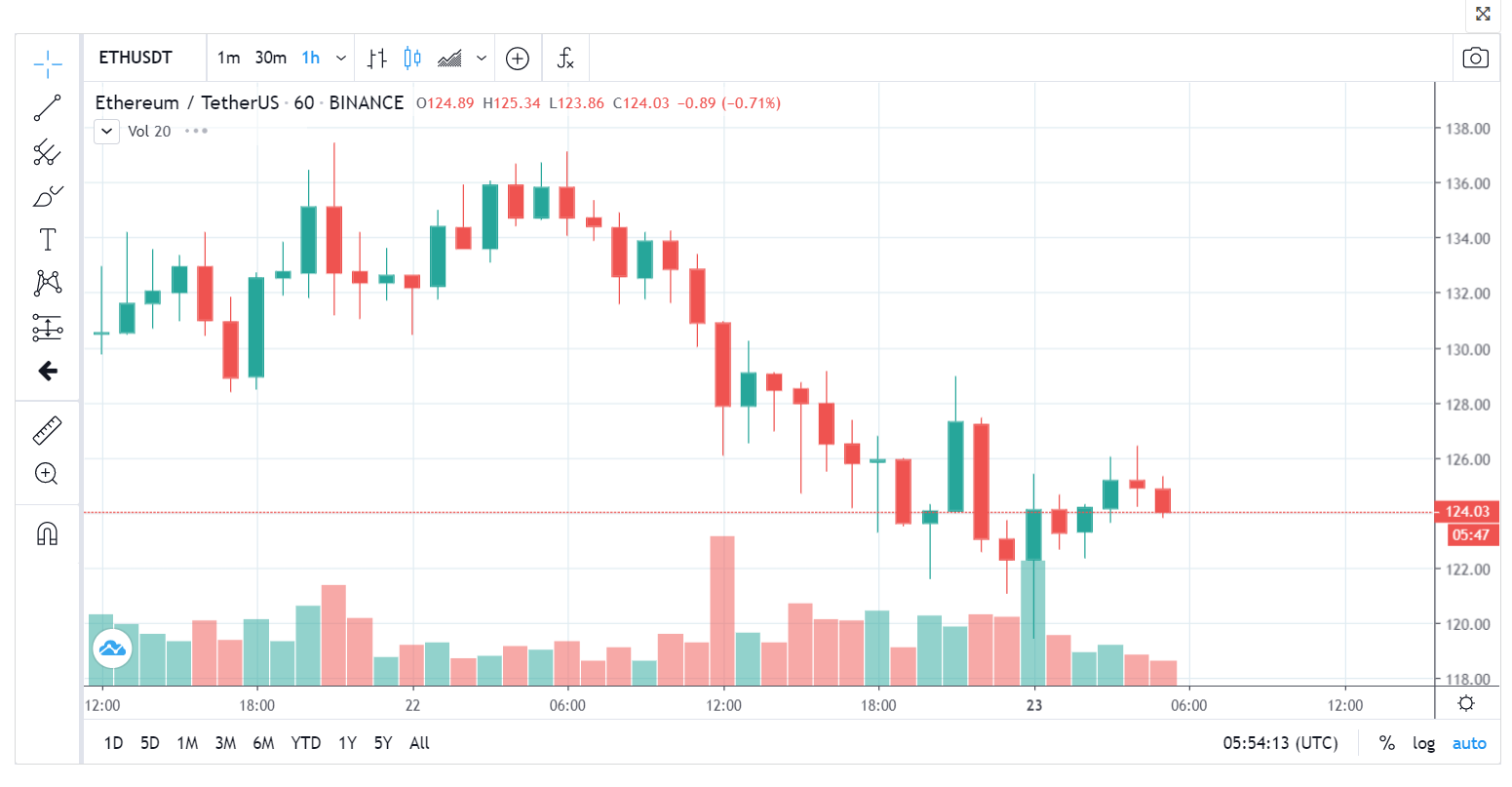 The downward momentum of Bitcoin’s price on the gloomy U.S. stock market opening on Monday is likely to cause the cryptocurrency market to plunge. According to cryptocurrency trader Josh Olszewicz, a technical structure called E2E and a complex inverse head and shoulders (IHS) formation on lower time frames initially pointed towards a positive short-term price trend for ETH.

However, during the weekends, the volume of the cryptocurrency market tends to decrease. So when the prices of major cryptocurrencies like Bitcoin and Ethereum start to rise while the volume drops, it often indicates tampering before plummeting. In uncertain times, Altcoin tends to increase/decrease according to Bitcoin price. Therefore, as the price of Bitcoin drops, Ethereum, and other significant crypto assets will likely see enhanced movements to the downside.

Having it’s problems with the $6,400 level already.

There’s still two scenario’s that I’m watching. Either we’ve got a fake rally and make a LH here, through which we test the $5,280-5,400 level for support.

Or we break up and take the highs and do the same. pic.twitter.com/5zZAprE16v

Ethereum, XRP, and Bitcoin Cash, which have been performing worse than Bitcoin since the beginning of March, are likely to struggle to maintain their momentum shortly. 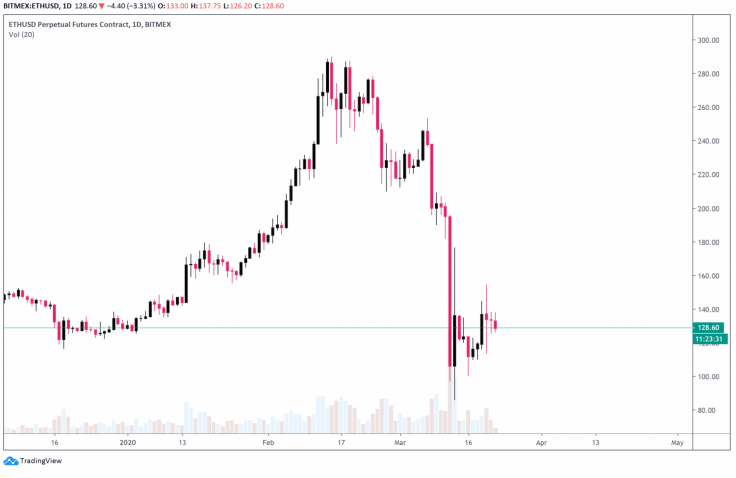 After correction of nearly 5% on March 20, the U.S. stock market showed no signs of recovery based on pre-market data. The Dow Jones Industrial Average (DJIA) is set to open with a drop of 165 points, pushing it down to the support level of 18,000 points.

Bearish sentiment in the U.S. stock market could add significant selling pressure on the cryptocurrency market again next week. That could cause additional investment in Altcoins, especially with Ethereum’s exchange deposits rising to a record high last week.

Online data shows that large Ethereum holders are selling off ETH and other high-risk assets, making it difficult for the market to recover in the short term.

The recent selloff has caused Bitcoin price to drop below the necessary support. A fall below this threshold puts the entire cryptocurrency market at risk of a profound reduction in the future. However, this is not a very bad situation in the market, when many analysts still believe in the positive possibilities for Bitcoin price.

Bitcoin has just witnessed a slight selloff that made the coin drop below $ 6,000, the critical level the coin has sideway throughout the past week. This selling pressure was the lingering effect of the first plunge when Bitcoin was denied $ 6,900 last week. This movement made many people believe that the previous bounce was just a trap, and the market could completely go down.

Many cryptocurrency analysts point out that a fall below this support could cause BTC to plunge to a low price threshold of $ 2,000.

In the short term, Big Cheds, a cryptocurrency analyst, thinks there are still a few factors that could be positive for Bitcoin:

“The weekly chart of Bitcoin sees MA 200 once again being established, an inside bar candle next to the bullish divergence pattern on the RSI.”

These factors can help Bitcoin close the weekly candle at a reasonable price, and create momentum for the coming week, even helping the market to grow stronger in the future.

Hive forked Steemit, is compiling a blacklist of “Tron puppets” barred from an upcoming Airdrop

With DeFi gaining strength once again at $ 953 million,…

Ethereum transactions are even easier to de-anonymize…

The Ethereum Foundation has postponed Devcon VI until…