The $GHOST controversy is storm in a teacup.

Forking an existing blockchain is a common occurrence, ex: Bitcoin to BTC, etc.

The developers of the original blockchain always kick up a fuss. It’s the way of the world.

This is a triviality folks. Get over it.

PIVX is an open-source protocol that originally forked from DASH. It plans to implement a zk-SNARKs-based privacy protocol created by Zcash (ZEC), another privacy coin, closer to its launch in Q4 2020. Ghost, on the other hand, is scheduled to take off next month — and its white paper also mentions zk-SNARKs, potentially as a result of borrowing from PIVX.

According to PIVX developers:

“At least 20 of the 26 total pages of the Ghost whitepaper contains material directly plagiarized from the 2018 PIVX whitepaper. Our starting codebase is a forked version of PIVX, although Ghost has allegedly done a lot of improvements to the code.”

PIVX argued that while GHOST products can be used as long as copyright credits are maintained in the code. The whitepaper is not open-source and was fully copyrighted in 2018. 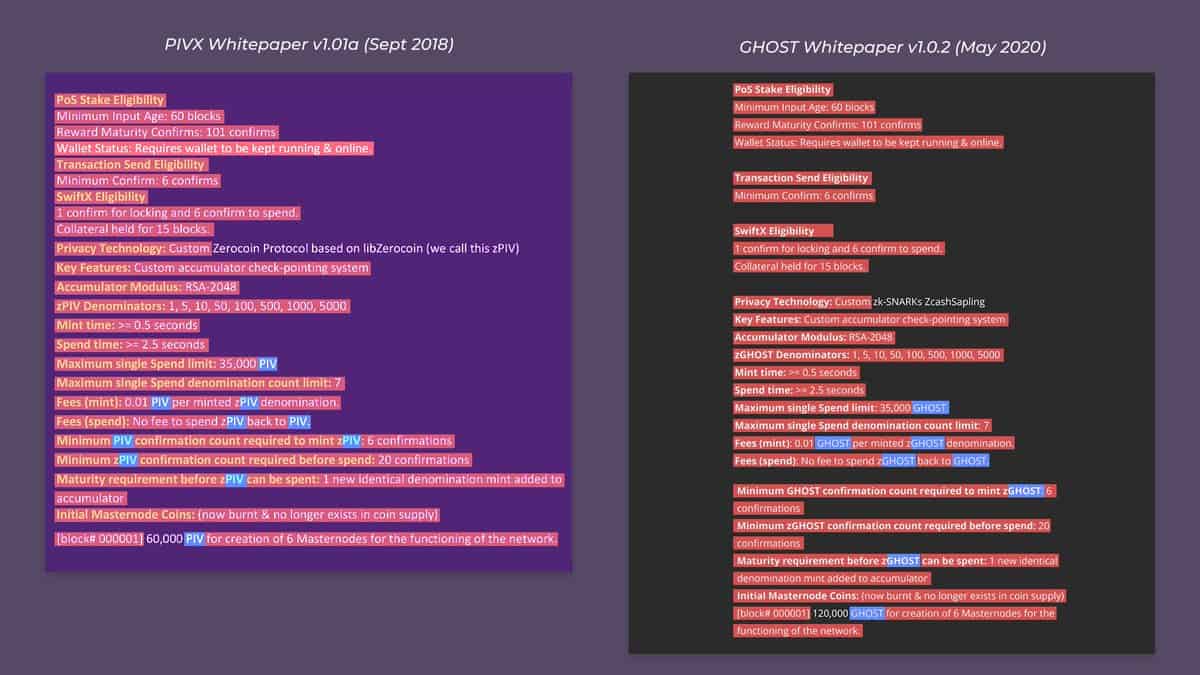 PIVX also said that they are working on a new privacy protocol, Sapling/zk-SNARKs, which is currently being implemented. This could impact the GHOST token if it’s, in fact, a fork of PIVX:

“PIVX expects to complete the implementation of the new Sapling/zk-SNARKs privacy protocol in Q4 2020. As such, if GHOST is indeed a fork of PIVX, it will either be waiting for PIVX to complete the privacy code or will use its own solution.”

Even so, John McAfee currently wants to take PIVX to court for defamation. Because, PIVX is attempting to claim that their source code is Public Domain, but that the description of how it all works is not.

“Claiming a product is an open-source while withholding the documentation is a fraud. Pure and simple. I will soon intelligent that in the courts.”

Of course we fucking did!!!

It explains what the source code does, which they gave away FFS!! How do you re-fucking-write the directions from your house to the Pizza shop. It’s a fucking explaination of something.

Wake the fuck up!