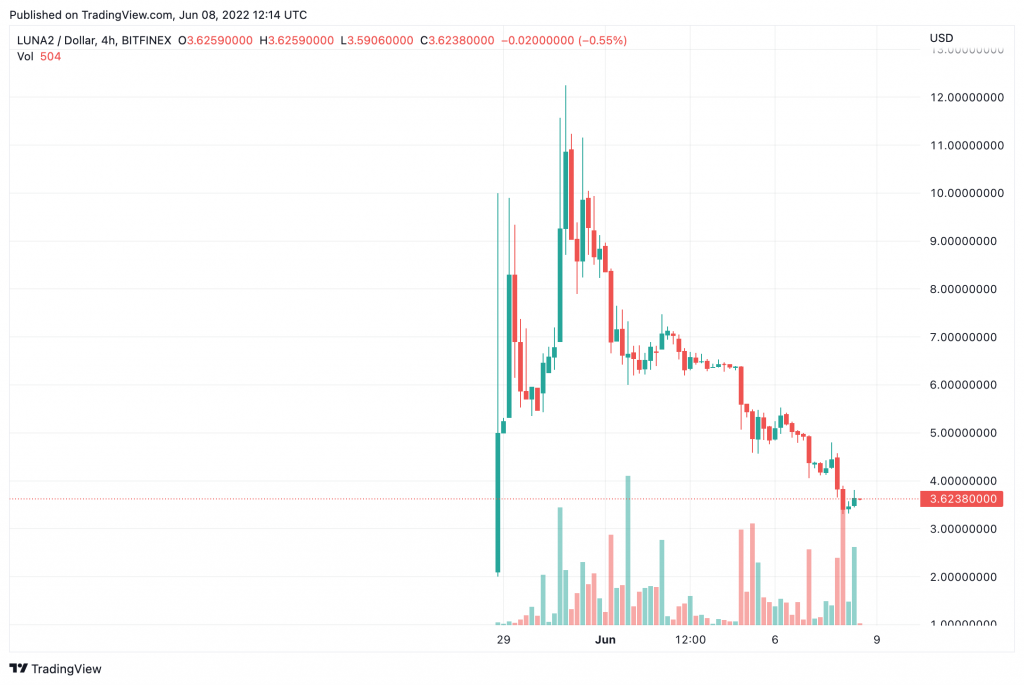 The controversial token has dropped more than 20% in the past 24 hours. After the failed new token launch, Terraform Labs founder Do Kwon went silent on Twitter again, making his profile private.

Luna 2.0, which launched in late May, dropped 80% to around $4 on its first day due to significant selling pressure. However, the coin quickly recovered to nearly $12 at the top of the Binance listing. The token has appeared in the exchange’s Innovation Zone due to posing a higher level of risk.

After removing these gains, the LUNA token is now down more than 81% from its all-time high, failing to resurrect Terra. After the collapse of the Terra ecosystem at the beginning of May, the new cryptocurrency was launched as an alternative to compensate the users who were hurt by the collapse of the token after a vote held by the community.

However, many users choose to immediately sell their airdrop instead of holding onto tokens that may become worthless again. Of course, this creates more selling pressure. Terra Classic (LUNC), the old token, is also 15% off, now trading at just $0.00006. TerraClassicUSD (USTC), the failed algorithmic stablecoin whose fork affected the entire ecosystem, is currently trading for just one cent.

However, those remaining cryptocurrencies are still quite popular among those attracted by their low prices and risk-taking.

MicroStrategy CEO remains bullish on Bitcoin, because you can’t create similar network even for $500 billion

With the collapse of Alameda and FTX, the Serum program…

Today, I want to speak about mindset. This can help you build a successful trading career that goes beyond merely…
Loading ... Load More Posts No More Posts