Mr. Daines has been a leader in the financial crime compliance industry, primarily focused on anti-money laundering, sanctions, anti-bribery, fraud and anti-corruption measures in both the public and private sectors. 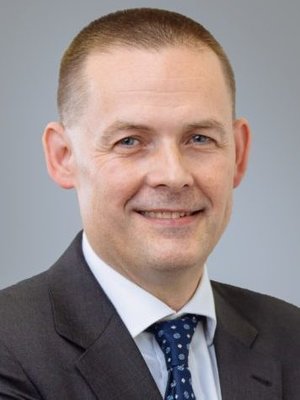 “I am pleased to join the Libra Association as it works to transform the digital payment space to empower billions of people,” said Mr. Daines. “A critical element of achieving this mission is to ensure we are building a safe, compliant, and reliable platform for all users, which I look forward to significantly contributing to.”

Previously, Mr. Daines served as Managing Director and Deputy Head of Financial Crime Compliance at Goldman Sachs. Prior to this, he held positions as a principal in the Forensic and Dispute Services practice at Deloitte Financial Advisory Services, LLP and as the leader of Deloitte’s U.S. forensic Data Analytics practice. Mr. Daines has also worked as a consultant to institutions including the U.S. Department of Justice and the Financial Crimes Enforcement Network (FinCEN).

Libra has made a number of public moves recently, announcing new members including Temasek, one of Singapore’s two sovereign wealth funds and Paradigm, Slow Ventures. The consortium, unveiled by Facebook last June, has also begun the process to receive a payments license through the Swiss Financial Market Supervisory Authority.

The group did not announce a revised launch date for the libra stablecoins, which were originally set to go live within the first half of 2020. Libra revamped its original vision last month, scaling back plans for a global stablecoin in favor of a series of fiat-backed stablecoins.