The SEC-Ripple dispute appears to be reaching its conclusion, with both sides filing papers that will likely impact the end ruling.

The newest step was revealed by US defense lawyer James Filan, who claimed that the regulator had filed a move to halt Ripple’s expert opinion. According to the SEC, the testimony should be suppressed since the experts are untrustworthy and provide an “improper legal judgment.”

The agency also said that one of the experts lacked the necessary knowledge to make an opinion, claiming that he copied it from Ripple blogs. In general, the SEC questioned Ripple’s experts’ qualifications and reputation, emphasizing that they were required to grasp the subject at hand.

Similarly, the attorney disclosed that the Ripple defendants in the case had also filed a redacted motion seeking to hide SEC expert evidence testimony and the associated exhibits from the public docket.

Among the recent developments, defense lawyer and popular commenter on the case, John Deaton, projected that the case would be resolved by the presiding judge. After that, he mentioned that the parties could negotiate to avoid additional appeals.

Even as debate about the case’s future direction continues, the Ripple community has preferred a settlement, according to a prior Twitter poll by Deaton. Other legal experts, however, believe both parties have a good chance of winning.

Ahead of the highly anticipated ruling, the SEC and Ripple are presently battling over sealing specific material for various reasons, including confidentially. The move, however, has been met with criticism from the crypto community.

As previously stated, the case arose after the SEC charged Ripple with raising more than $1.3 billion by selling unregistered securities in XRP. The conclusion is expected to substantially impact the overall crypto market, including influencing the value of assets such as XRP. 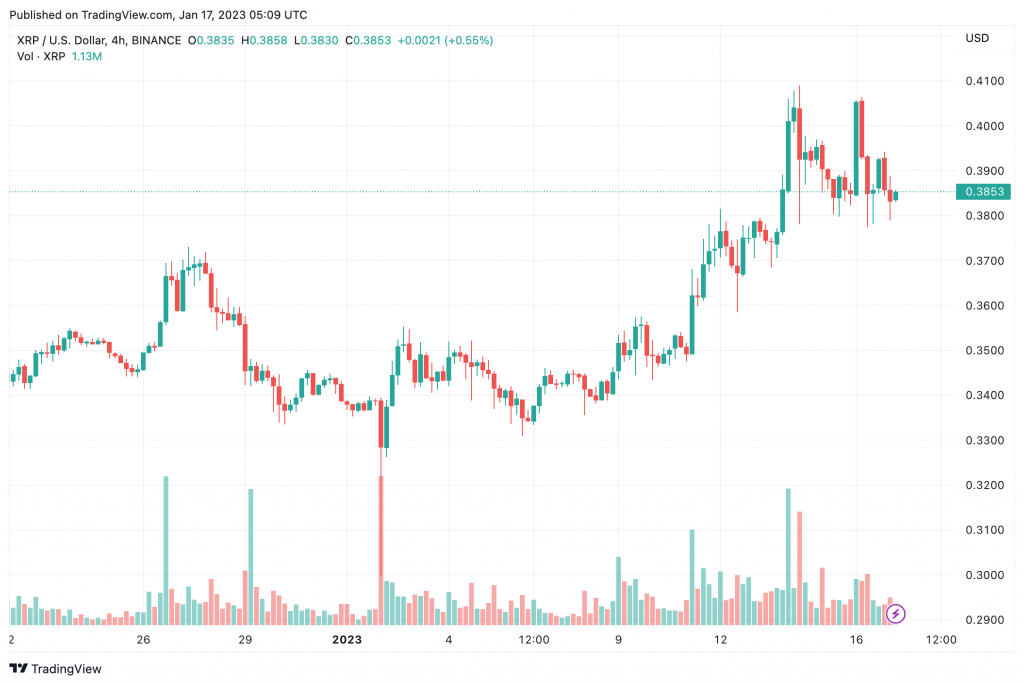 Despite the market’s large sell-offs, good updates in the case initially boosted the value of XRP. The token is presently rising in tandem with the general market uptrend. By press time, XRP was trading at $0.39, up about 1% daily and up more than 10% weekly. The sixth-ranked cryptocurrency by market capitalization has a market valuation of over $19.5 billion.