The expectation Ethereum price will increase thanks to ETH 2.0 strongly is probably not as strong as we think

As announced, it looks like Ethereum 2.0 will be released on December 1, but for now, that doesn’t seem very realistic. The expectation that Ethereum price will increase thanks to ETH 2.0 strongly is probably not as strong as we think. Instead, ETH will probably grow thanks to current technical indicators.

Ethereum 2.0 upgrade is contingent on users pouring a large amount of ETH into its deposit contract

According to Dune Analytics, only 95,648 ETH are committed to Ethereum 2.0’s deposit contract, out of 524,288 ETH needed – that’s just over 18%. Furthermore, for a planned December 1 launch, according to developer Danny Ryan, Etheruem 2.0 will only be activated if the required amount of ETH is in the seven-day contract before the launch.

Another complication is that the December 1 launch (should it happen) only marks the beginning of the first phase of the Ethereum 2.0 upgrade and won’t actually switch everything over to a proof-of-stake model.

ETH 2.0’s “Phase 0” will lay the foundations for Ethereum’s proof-of-stake future while preserving the current proof-of-work model, at least for now. And if people don’t continue to put ETH on deposit and fast contracts, that future could be a good path.

Ethereum price is currently fluctuating between $ 440 and $ 470, similar to the price action seen in December 2017. Back then, the scenario ended was extremely optimistic, and the altcoin quickly spiked to $ 1,400.

On December 10, Ether’s price was $ 450, and it took only 34 days for Ether to reach an all-time high. Before this price burst, ETH has been trading sideways for over two weeks. If something similar happens, online indices and historical data suggest it could happen in the next ten days.

Pay attention to how recent price movements raise investors’ hopes that the next crypto bull market will reflect developments seen at the end of 2017. However, price is an important indicator key, but it does not provide details for network and volume usage.

The Coinmetrics chart shows the most recent $ 1.9 billion in transfers and transactions, up 46% from the previous month. While the increase in Ether’s price has certainly helped, a similar impact happened in late 2017.

The average daily transaction and transfer on Ethereum in November 2017 were $ 830 million. All of this changed at the end of the month when the index broke the $ 2 billion mark.

To better evaluate network activity, one should also analyze the number of daily active addresses. Although it should not be understood as the number of active users, it does provide a reliable measure of network usage.

The November data appears to be repeating last month’s peak at 550,000 daily active addresses. Around this time, activity seems to be at a much higher level than it was at the end of 2017.

The on-chain analysis may be close enough to the current state, but price action is largely based on volume. After all, the transactional activity is not necessarily directly related to the use of the network. 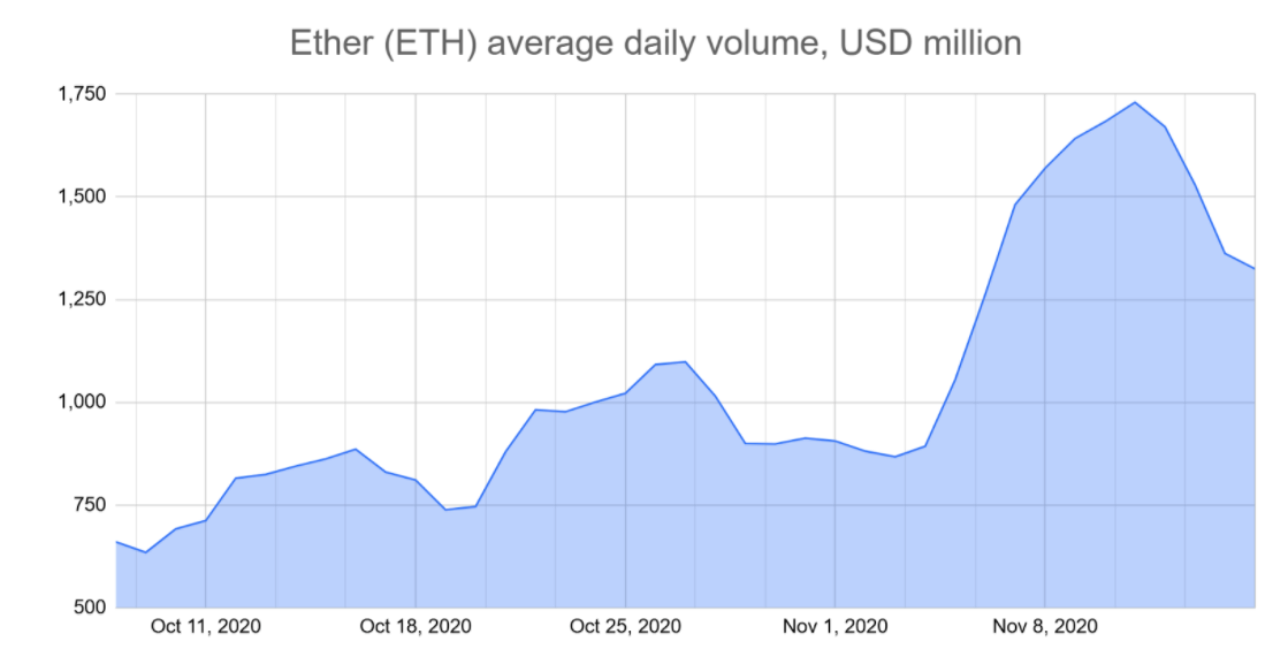 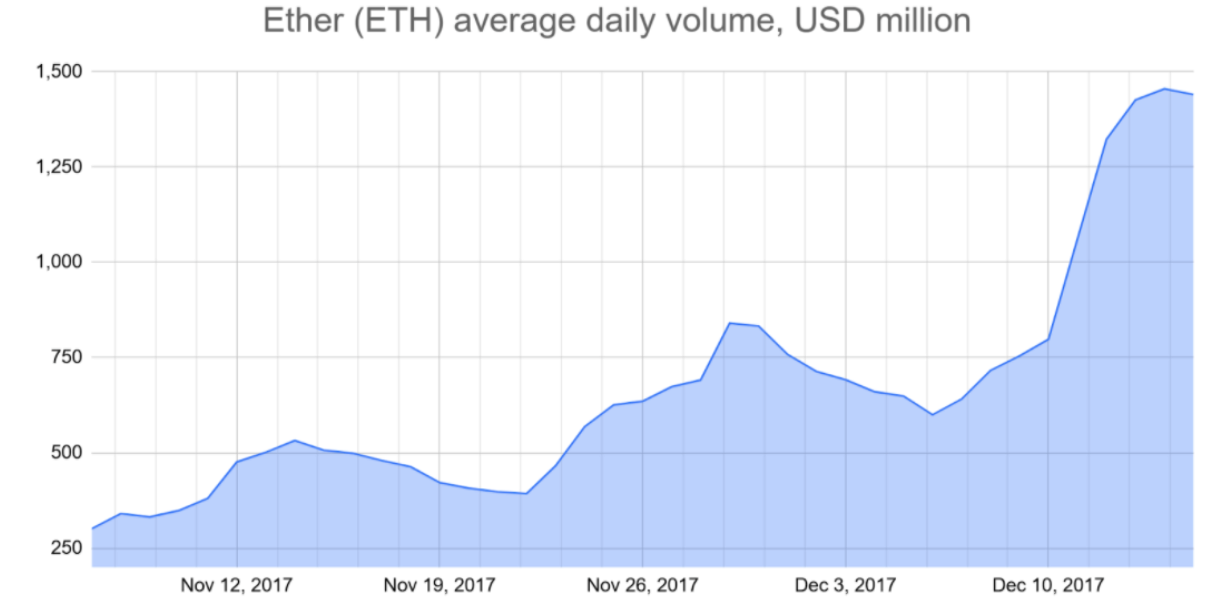 The current $ 1.3 billion average daily volume represents a 50% increase from the previous month. This data is a notable fact as it does not include decentralized exchanges.

Curiously, the volume of Ether currently stands out at the same levels seen in December 2017. Hence, one can conclude that this is too much coincidence to be ignored.

The current daily active addresses, options transactions/transfers, and transaction volume matched the end of the 2017 period when Ether traded near the $ 450 mark.

For this reason, analysts have a solid reason to believe that a $ 1,400 worth rally is likely within the next few weeks.

BitcoinSV backed ShowPay raises $1.5 million to build a global ID based on blockchain