According to Max Keizer, the host of the Keiser Report on RT and one of the dramatically Bitcoin bulls, Altcoin projects with the promise of becoming the next generation of Bitcoin have no intrinsic value. Bitcoin Dominance has doubled from the previous low of 33%, proving that Bitcoin is increasingly dominating the cryptocurrency market. Meanwhile, many Altcoin projects have died due to a lack of money or lack of public interest.

.@HeisenbergCap Co-Founder explains why alt-coins are disappearing and why #Bitcoin will overtake Gold https://t.co/DVumGlgfzp

Bitcoin has been front and center for most investors

“There is no coin out there that can do something that Bitcoin doesn’t do already or will be able to do shortly. Bitcoin’s security, with a majority of the hash power and the majority of the crypto market share, also makes it a better bet than Altcoins. ”

Keizer is not alone with this view. Because Kevin Rose, co-founder of digital media site Digg and a joint partner of True Ventures, has a similar look.

“The problem is that 99% of the projects out there and a lot of the people who are behind them are just in this for the pure financial gain. And there’s a lot of garbage out there. And that’s unfortunate because it drags down the high-quality projects, and it muddies the space quite a bit.”

There is technical evidence that Bitcoin will also outperform altcoins.

Stock trader and analyst Steve Burns recently said that he thinks “99.9% of altcoins are going to $ 0 [… over a] buy and hold timeframe,” adding that he thinks so because “they have zero value.”

This comes as some optimistic cryptocurrency traders have expected an Altcoin season, which theoretically would see altcoins outperform as they did in 2017 and early-2018.

BTC and the altcoin market are still developing well

After plunging last week, the Bitcoin market has had a strong recovery last week. The ETH price is even better.

Accordingly, the cryptocurrency trader has proved this view as follows:

“Even though some of [the assets are] on perfected sell setups, most [will see] new weekly highs, but TD says 80% of the market is toppy by next week! The list is long – I can’t fit them all in one chart.”

The sell setups are shown by the fact that all the assets in the image are printing a Tom Demark Sequential “8” candle, often seen just before or at a trend’s high. The Tom Demark Sequential is a time-based indicator that forms 8, 9, and 13 candles when an asset is near an inflection point in its trend.

Adding to the bearish sentiment, Bitcoin and other leading cryptocurrencies are forming this perfect sell setup, just below key resistance.

According to Glassnode, about 60% of the BTC out of nearly 19 million in circulation has not moved for more than a year. This shows that investors are hodling more Bitcoin. 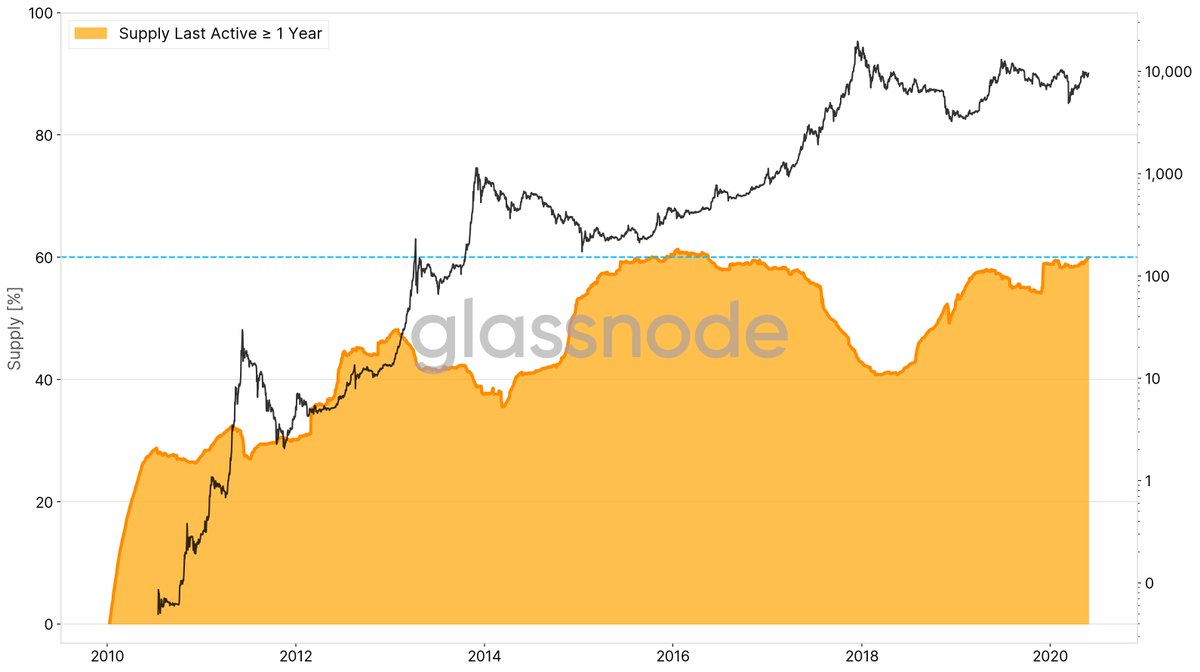 What is Aave Coin (LEND)?

What Is Republic Protocol (Ren)?

Texas commissioners cracked down on an alleged Bitcoin…

According to the Bitcoin scheme Texas State Security Board (TSSB), there is a multilevel marketing scheme - Mirror…
Ripple News