The downturn puts Ethereum at risk of its upcoming The Merge

Ethereum tumbled immediately after today’s higher-than-expected Consumer Price Index print. Ethereum is in the home straight of its “Merge” to Proof-of-Stake, but traders are dumping ETH on the news of high inflation in the U.S.

The latest Consumer Price Index report dropped Tuesday, showing U.S. inflation eased to 8.3% in August. The price of goods rose by 0.1% on a month-on-month basis. Though the data showed that inflation had eased from July’s 8.5% print, it surpassed expectations of a 40 basis point decline.

Stock futures and cryptocurrencies tumbled immediately after the data dropped, with ETH sliding 8.7%. The sharp selloff came despite the growing anticipation for Ethereum’s Merge event, hinting that the long-awaited upgrade may not be the bullish catalyst ETH holders are hoping for. Based on current estimates, the Merge is set to ship early Thursday. 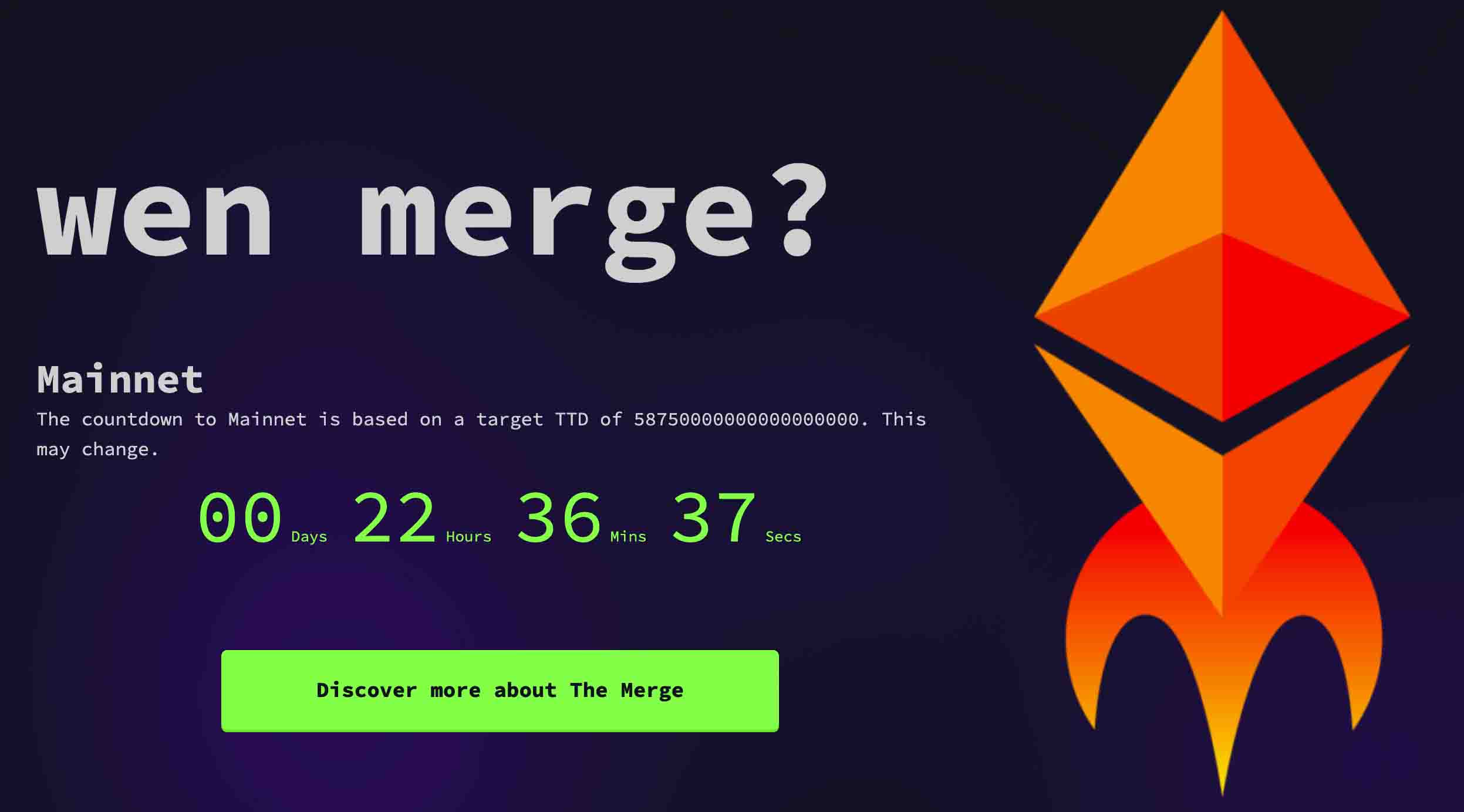 ETH showed strength over the summer in the lead-up to the Merge. The number two crypto was hit hard in June after Three Arrows Capital’s liquidity crisis event, tumbling below $900 for the first time in 18 months. However, it rallied by more than 100% throughout July and August, briefly topping $2,000 on August 15. Plans for a Proof-of-Work fork of Ethereum, dubbed EthereumPOW, helped fuel the rally; it’s expected that ETH holders will receive an airdrop of the forked tokens when the network launches.

Since mid-August, however, ETH has struggled to hold momentum. It suffered in a market-wide selloff after Federal Reserve chair Jerome Powell warned that the U.S. central bank would continue to hike interest rates, and this week slid against Bitcoin after hitting a 2022 high against the top crypto.

With risk-on assets suffering as the 8.3% inflation number dominates headlines, ETH now faces the prospect of a “sell the news” event following its big day. “Buy the rumor, sell the news” is a popular expression among traders; it refers to a scenario where assets rise in anticipation of a big event, then plummet once the event happens. “Sell the news” events are common in crypto, where assets can violently move up or down based on big developments and market sentiment.

As the Merge is set to bring major changes including a 99% improvement in energy efficiency and a 90% reduction in ETH issuance, Ethereum believers have long hoped that the update could be a bullish catalyst for ETH. Recent market activity may have dashed hopes of a short-term win, however.

Starkiller Capital chief investment officer Leigh Drogen warned of a potential “sell the news” scenario following the 8.3% CPI print. He said that the Merge has two catalysts: the plans for a Proof-of-Work Ethereum fork and potential news coverage of the event leading to increased retail interest. “The EthereumPOW trade will be unwound quickly after the Merge, and it could create a mess if liquidity isn’t great,” he said. “Right now it’s not great and it’ll be even worse if there’s a lot of macro volatility. At the moment it looks like the CPI print is causing that.”

He added that it was “a reasonable assumption” that the Merge could spark renewed retail interest in ETH, but the news could be clouded by the CPI print. “Because of these two factors, the unwinding of some of these Merge trades could cause huge issues,” he said.

BitMEX co-founder Arthur Hayes hinted that he thought the Merge could be a “sell the news event” on Bankless last week, positing the idea of a 20% price drop in the days following the event. Hayes made it clear that he was long on ETH on a longer-term time horizon though, describing the Merge trade as “a no-brainer” because of the planned reduction in ETH issuance and ongoing demand for Ethereum DeFi.

Ripple lawsuit is moving toward another key phase — summary judgment