According to Google Trends, worldwide interest in DeFi has been steadily decreasing since the beginning of September 2020. Although TVL is still high, is the decreasing interest related to more and more businesses exploiting this field?

It seems that after many hacks and mistakes leading to significant losses to investors, DeFi searches on Google tend to have declined after September’s highs.

Data from Google Trends shows that searches for “DeFi” keywords worldwide increased sharply in late March and early April. Over the next few months, searches fell to some degree before explodes back to new highs in August and September. The interest growth coincided with the rising total value locked in different DeFi-based protocols.

However, the situation has reversed since then. During the first few weeks after peaking, searches for the keyword “DeFi” fell sharply. However, the growing interest in Google for DeFi does not really affect TVL. According to DeFiPulse, there was no obvious drop as investors locked in close to $ 11 billion – close to an all-time high of just over $ 11 billion. 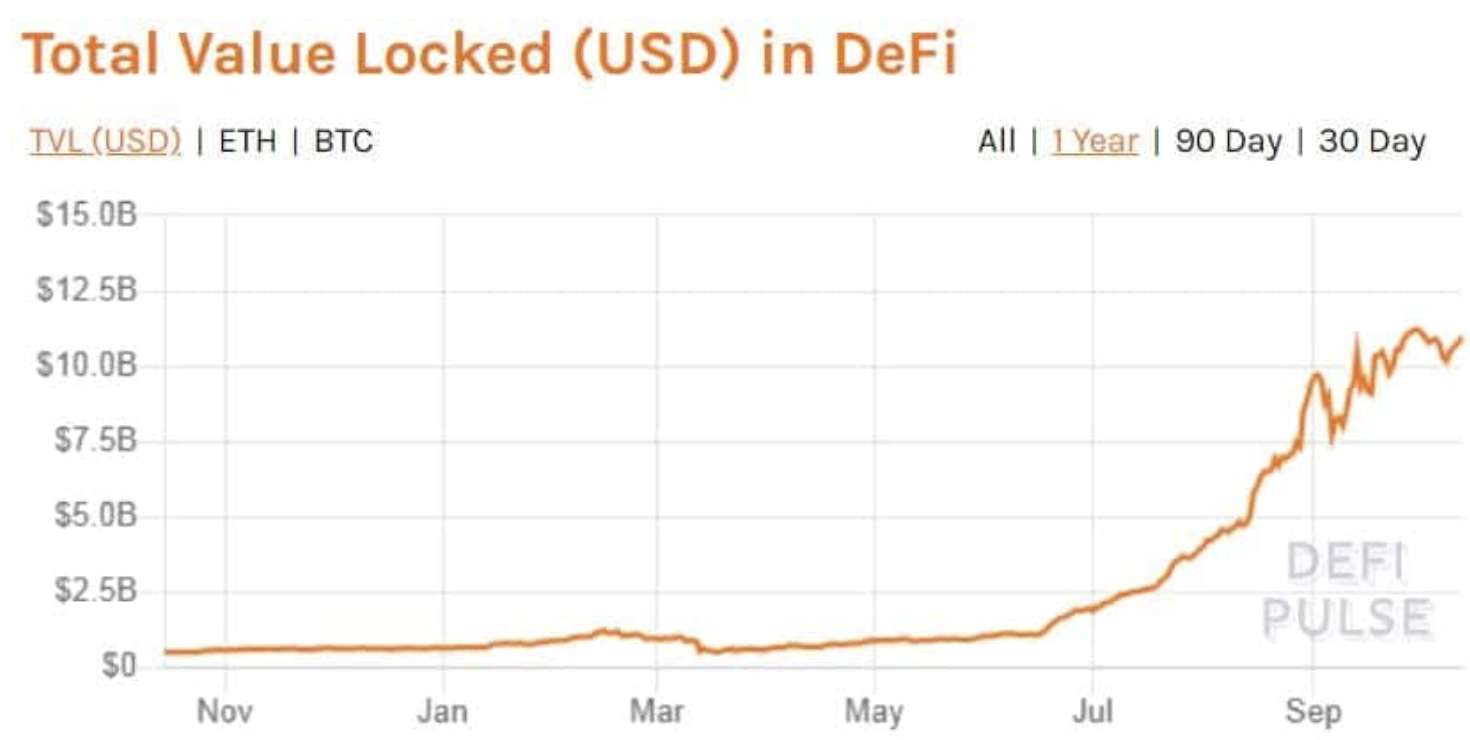 The reason is probably hacks – a rather painful problem for investors, leading to many stolen or lost funds. Moreover, the lack of transparency of the project owners also makes the community more suspicious. One of SushiSwap’s lead developers cashed out his SUSHI tokens for Ethereum. This opened a wave of disagreement against him, led to massive changes within the project before he ultimately admitted his mistake and apologized to the community.

Andre Cronje, the founder of another popular protocol, Yearn Finance, developed an NFT-focused platform called Eminence. However, a hacker exploited the network for the full $ 15 million and then sent $ 8 million back into his Yearn deployer account.

After receiving several death threats, Cronje said he would refund the $ 8 million. Shortly after, he seized posting on Twitter apart from a brief update.

One of DeFi’s biggest hits this summer, Yam Finance, has also gone through a roller coaster ride. After the investors locked hundreds of millions of dollars in just a few hours, the developers admitted a mistake in the recovery mechanism. Although the project ended after many upgrades, many investors lost money right from the first mistake.

Other hacks on DeFi protocols that cost millions of dollars could cause other problems among potential investors. All these unfavorable advertising could be the reason behind the declining “DeFi” trend on Google.

WLEO price plummeted by 99%, making the token essentially worthless because of the $ 42.000 attack

Is the “Bearish Cypher” pattern enough to make the UNI price increase 100%?

A possible exploit in Harvest Finance has sent FARM…