The cryptocurrency market simultaneously fell sharply, Bitcoin price fell 8% in the past 24 hours to $ 33,000

Cryptocurrencies dropped sharply this morning. Bitcoin price is down 8% over the past 24 hours, trading around $33,690. 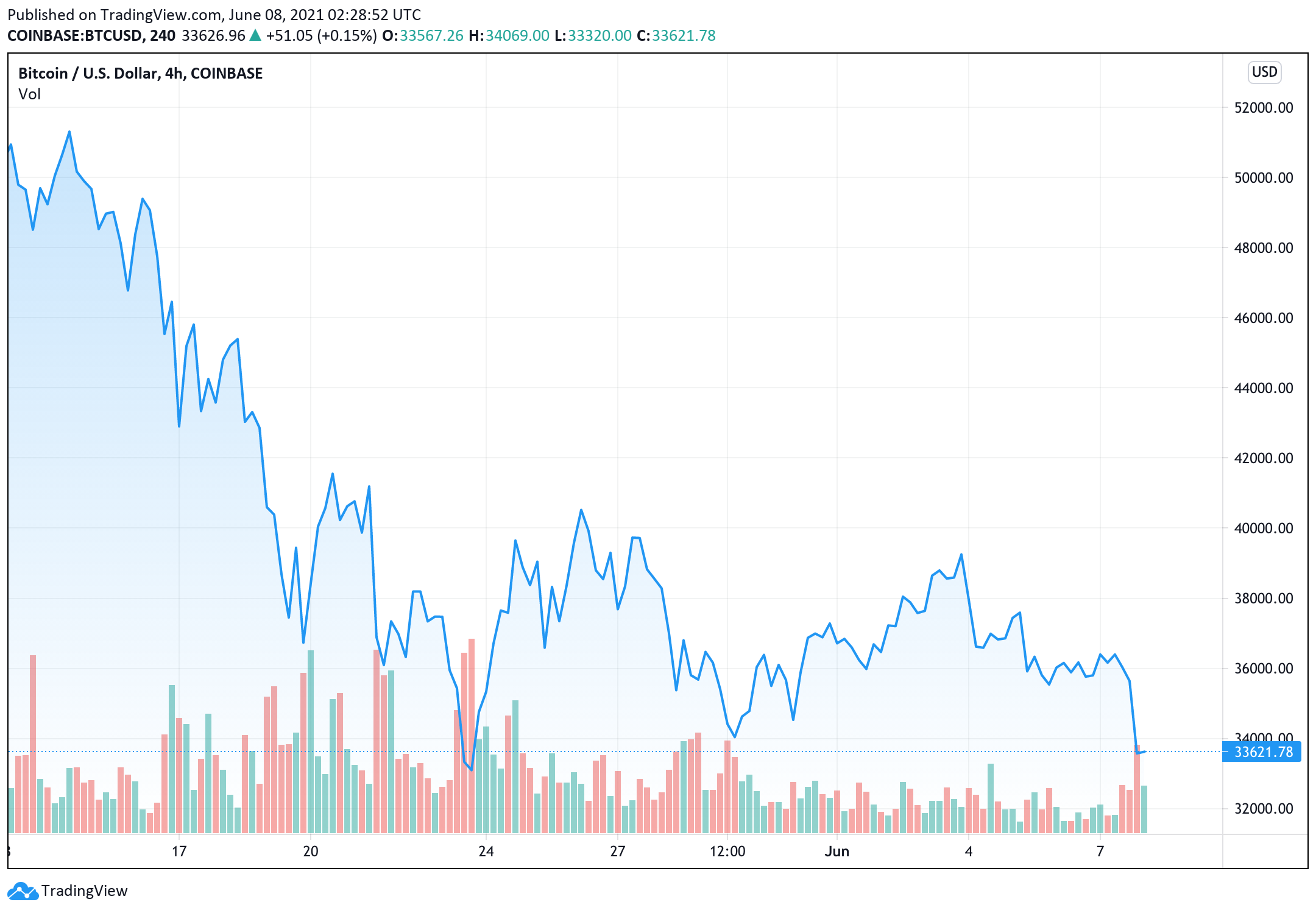 Bitcoin price plummeted to $33,000 again due to negative influence from criticism

In the last 24 hours, Bitcoin’s lowest trading volume was recorded at $33,528 and highest at $36,819. According to CoinMarketCap, the amount of Bitcoin traded during the above period was $ 33 billion, the capitalization was recorded at $ 635 billion.

Currently, Bitcoin is trading around the $33,690 level. This may be affected by information about Joe Biden’s upcoming meeting with the G7 group. Furthermore, it may also be due to criticism from former US president, Donald Trump as AZCoin News reported yesterday.

During a White House press conference on Monday, according to Joe Biden’s national security adviser, Jake Sullivan, U.S. President Biden will speak directly about cryptocurrency and its role in the network attacks.

Sullivan said US officials, apparently including Biden, wanted to see an action plan regarding ransomware attacks during the president’s visit to the G7 summit this weekend. The national security adviser said the plan should address resilience to such attacks, how to share information with other democracies, and how to respond to the crypto challenge.

Sullivan said cryptocurrency is at the core of how these ransom transactions are conducted, citing cyberattacks as a national security priority for the US government – ​​especially for the US government’s important infrastructure. His comments come after hackers breached Colonial Pipeline’s network in May, allegedly forcing the company to pay $4.4 million in ransom.

Sullivan says this must become a priority going forward,” referring to the G7 addressing such ransomware attacks. He described the issue as a different severity of security threat that the coalition must address in a way that it did not before.

Personally, President Biden has been largely silent about crypto and blockchain both as vice president under former President Barack Obama and during his campaign for office. Last July, then-candidate Biden said he did not hold Bitcoin.

However, his administration is said to be reviewing existing rules around cryptocurrencies and determining if new restrictions are needed to protect investors following market volatility or not. Since hitting an all-time high of around $65,000 in April, Bitcoin has dropped more than 44% to date.

Gabriel Silva, a Panamanian congressman, moving to follow in El Salvador’s footsteps by proposing legislation to adopt Bitcoin on a national scale