Chengdu City will begin the launch of China’s largest cryptocurrency trial to date starting today after trials have been completed in Beijing, Suzhou, and Shenzhen. Before Chengdu, there were six trials of the “Digital Currency, Electronic Payment” (DCEP) project in China, with a total distribution amount of 120 million yuan digitally.

“The Chinese central bank has been more confident about issuing digital yuan as it expanded to the west, reflecting the positive results of earlier tests in several cities.” 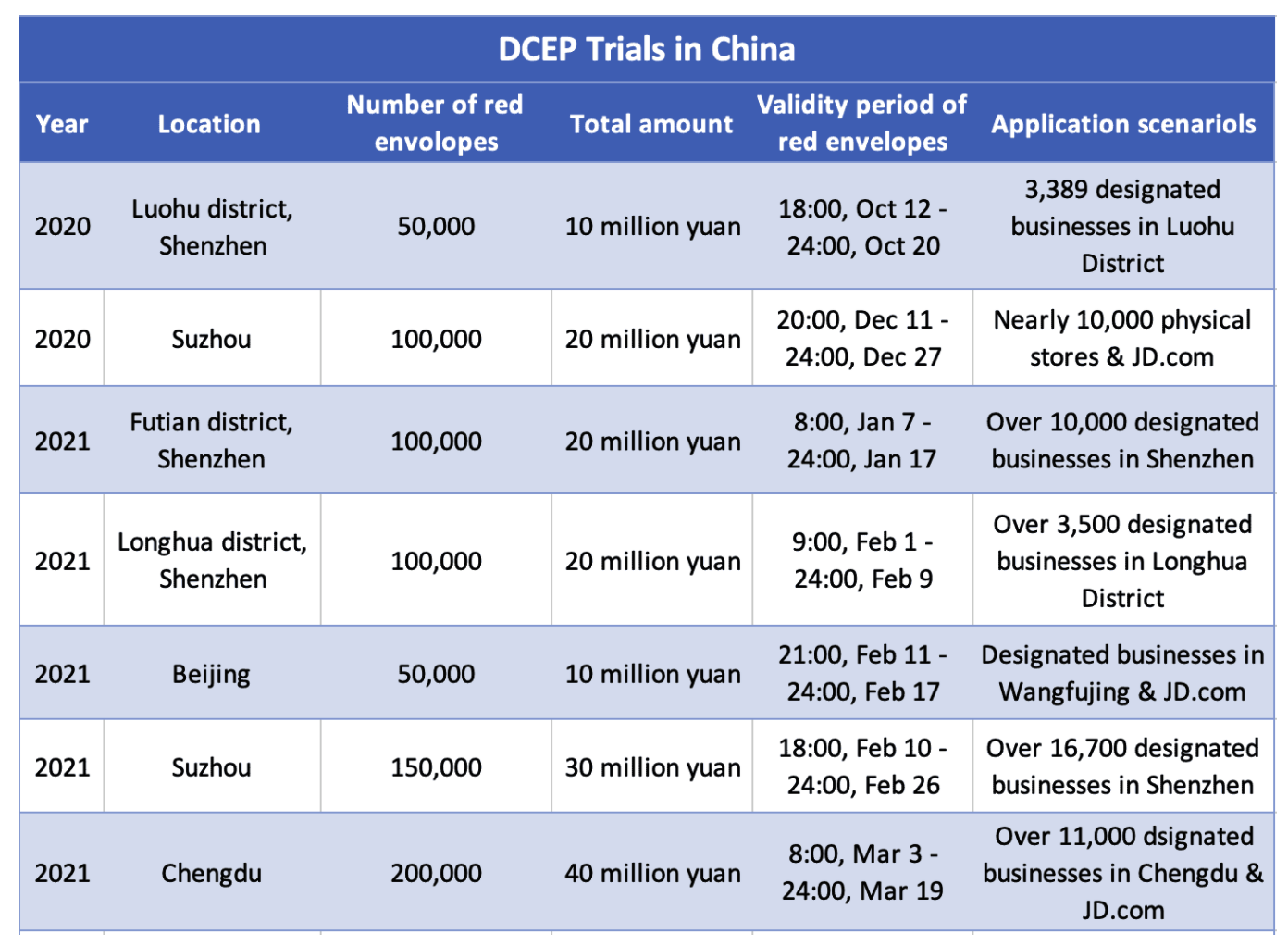 Transaction types have become more diverse as testing progresses. In some of the early tests, the digital yuan – officially known as e-CNY but still commonly referred to by the original project name DCEP – could only be used in traditional stores. . Subsequent trials include online shopping, online booking, mobile phone wallets, and ATMs.

Future e-CNY tests are also likely to use the digital yuan in cross-border transactions. Last week, the People’s Bank of China (PBOC) announced that it has partnered with the central banks of the United Arab Emirates, Hong Kong, and Thailand to explore the use of technical currency. number in cross-border payments. Analysts believe China’s e-CNY central bank digital currency (CBDC), once it is adopted outside China’s borders, may one day challenge its taste. the US dollar’s supremacy in international trade and finance.

“The idea is that China will not allow the RMB to become a freely flowing currency, and be traded freely on the international stage, that’s why RMB will not become a global currency. RMB is not going to be a freely traded currency that people can buy and sell whatever and however they want, but it may give the PBOC more confidence to allow it to circulate a little more freely in certain countries and in certain systems.”

The Chinese government’s entry into the digital currency market raises questions about the future of the two private payments giants. All seven DCEP tests test China’s exclusive digital yuan app. So far, WeChat Pay and Alipay have not yet participated in any DCEP trials.

China wants to allow foreign athletes and visitors to…