Cardano is set to enter a new era of change in the coming weeks. Its transition from “Byron,” a static, federated blockchain to “Shelley,” the dynamic, decentralized version, is due to kick off today, with the release of the Shelley code.

The announcement from the project stated:

“We’ve been successfully running node v 1.14.2 on the Shelley public testnet for over a week now. And we can confirm that we’ll deploy the new node to the Cardano mainnet… today, 30th June as per the first date in the rollout plan.” 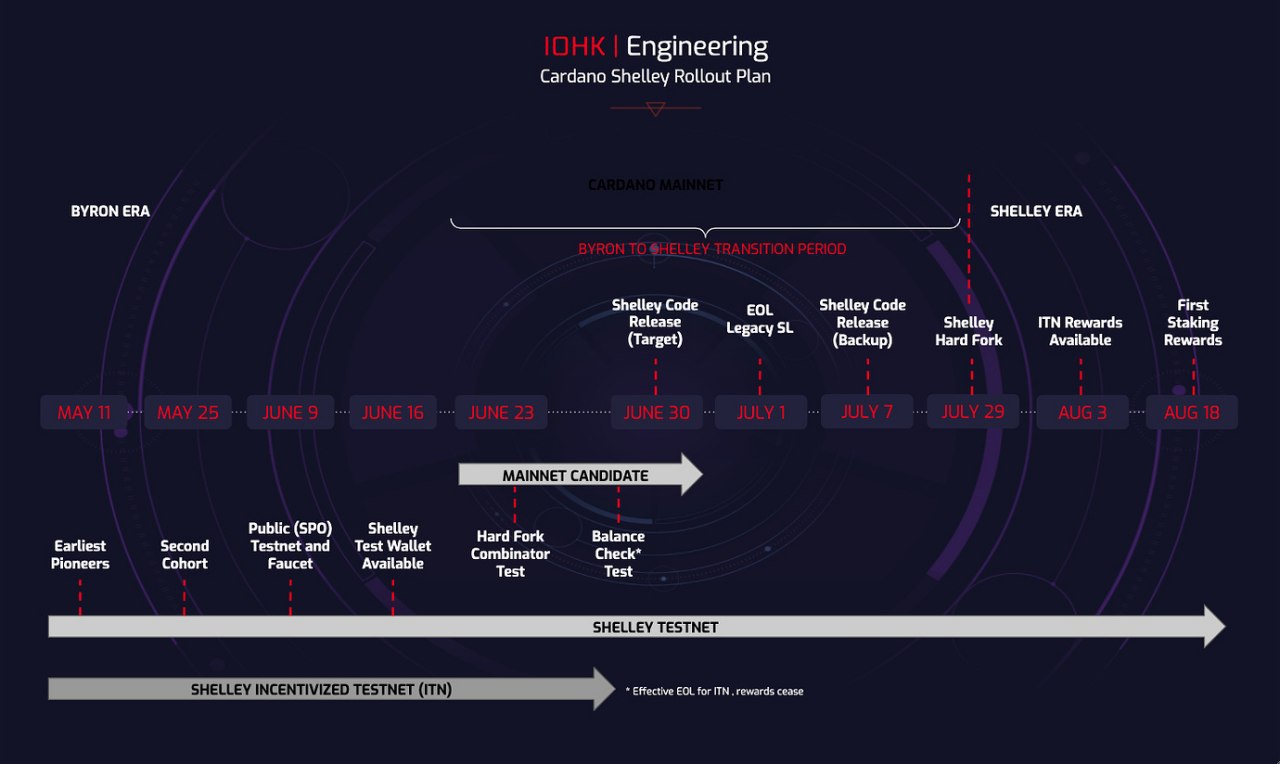 Cardano (ADA) is upgrading from “Byron” over to “Shelley”

DeFi is just two of the lucrative areas Cardano is targeting when the upgrade process culminates in late July. But the journey is not easy and is far from over.

A lot of meticulous planning and preparation has gone into a long-awaited upgrade. Since Cardano launched its “incentivized testnet” at the end of 2019, holders of its cryptocurrency, ADA, have been able to pool their resources to validate the Cardano ledger, and earn the rewards for it — a process known as Staking.

Now, with the public launch of the Shelley Testnet on June 9, stake pool operators are getting familiar with the new architecture, and the new “Daedalus” Shelley Test Wallet, which launched on June 16.

Last week, the blockchain began a simulated hard fork (dubbed a “Hard Fork Combinator Test” on the roadmap.) These ongoing tests are to identify bugs before the real event at the end of July.

Today, Cardano is set to deploy the new Shelley node to the mainnet. ADA holders can then begin to transfer their funds to an upgraded Shelley wallet, ready for staking rewards on the mainnet.

Aparna Jue, project director at IOHK, which oversees Cardano’s development, during a project update on Thursday:

“We canton still on target for that June 30 date, as of now. Right now, the team is very positive about this.”

At the end of Monday AMA, Hoskinson also verified that everything was scheduled for the premiere.

Even so, Cardano’s Shelley transformation won’t be complete until the hard fork on July 29, and the release of the first staking rewards on the new blockchain on August 18. Testnet rewards will be transferable to the mainnet, once opened up and running.

With the ongoing rollout of the Shelley mainnet, ADA…

Cardano Shelley upgrade has begun and Cardano price is…

The biggest lie in the cryptocurrency market is that…

As Ethereum continually delayed Ethereum 2.0, the…

The testnet for Cardano’s staking era will be open to…