Bitcoin price continues to rise in a narrow range as traders’ demand for new macro lows persists. At the time of writing, BTC is changing hands at $29,743. 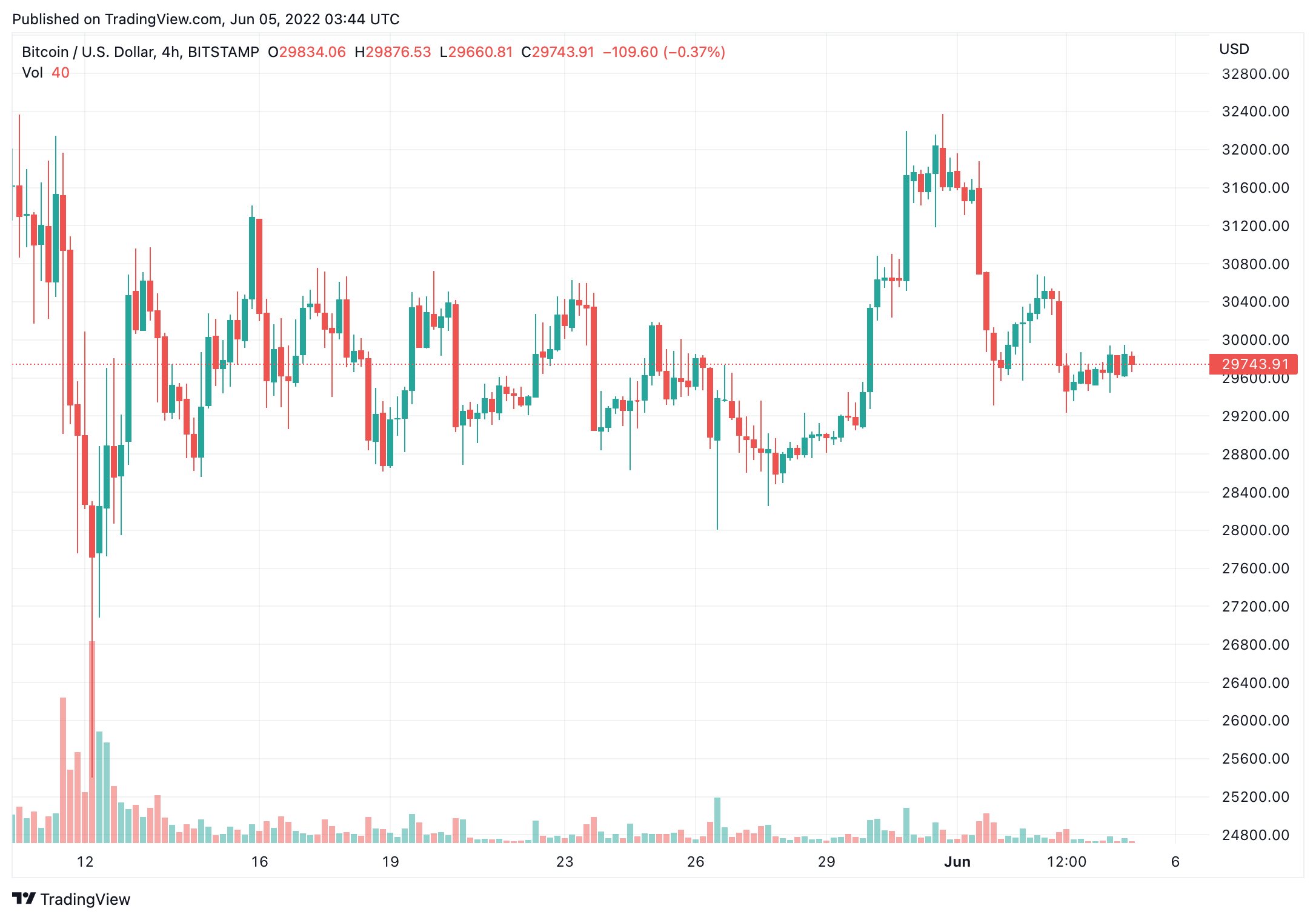 BTC/USD stuck between $29,000 and $30,000 over the weekend. The pair recovered to nearly $31,000 the previous day, but Wall Street’s final trading session of the week paid off for the bulls’ efforts.

As the “out of hours” markets offer thin volume but little volatility, the eyes are on the potential direction of an inevitable breakout. Another post reiterates the $22,000 to $24,000 target for Bitcoin as that forecast drop holds.

Adding fuel to the fire is data from CryptoQuant, signaling that long-term holders are beginning to divest their own holdings in a classic bear market move. 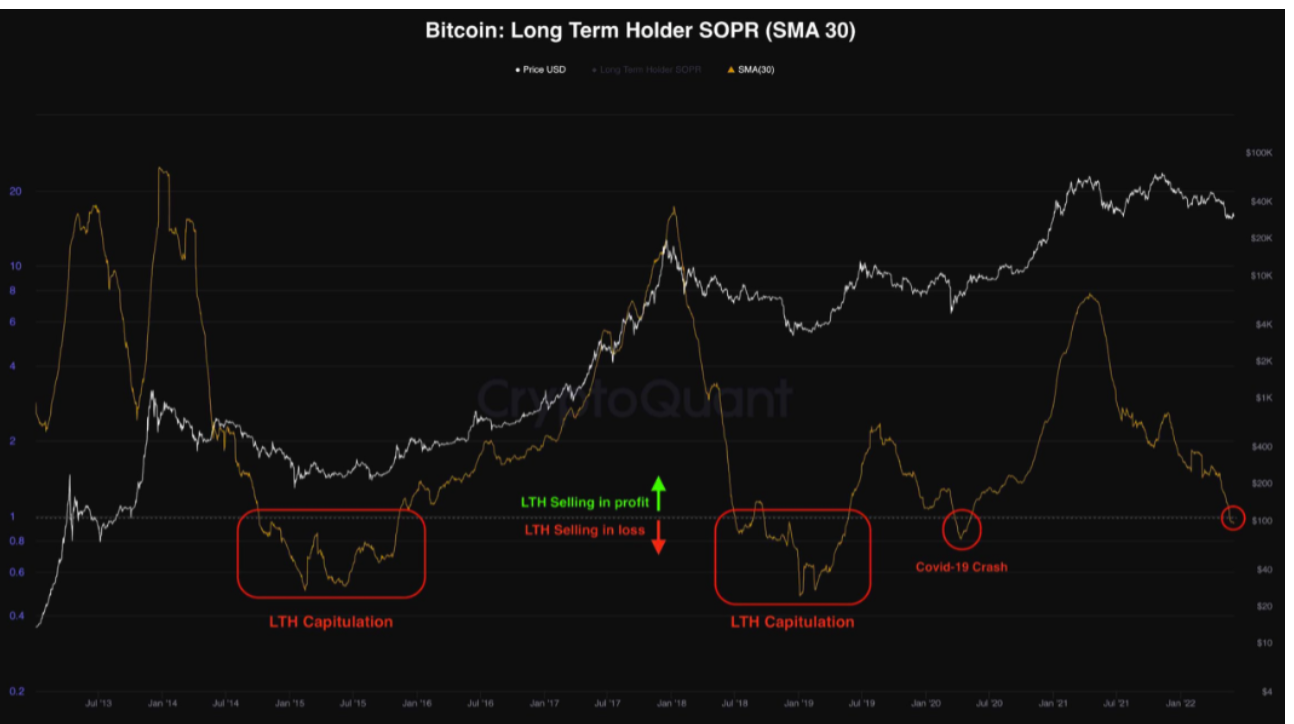 Meanwhile, exchange data showed some people were buying at a discount, showing that outflows are beating out cashflows markedly in recent days. According to Glassnode, on June 3, net outflows from major exchanges totaled -23,286 BTC, the most since May 14. 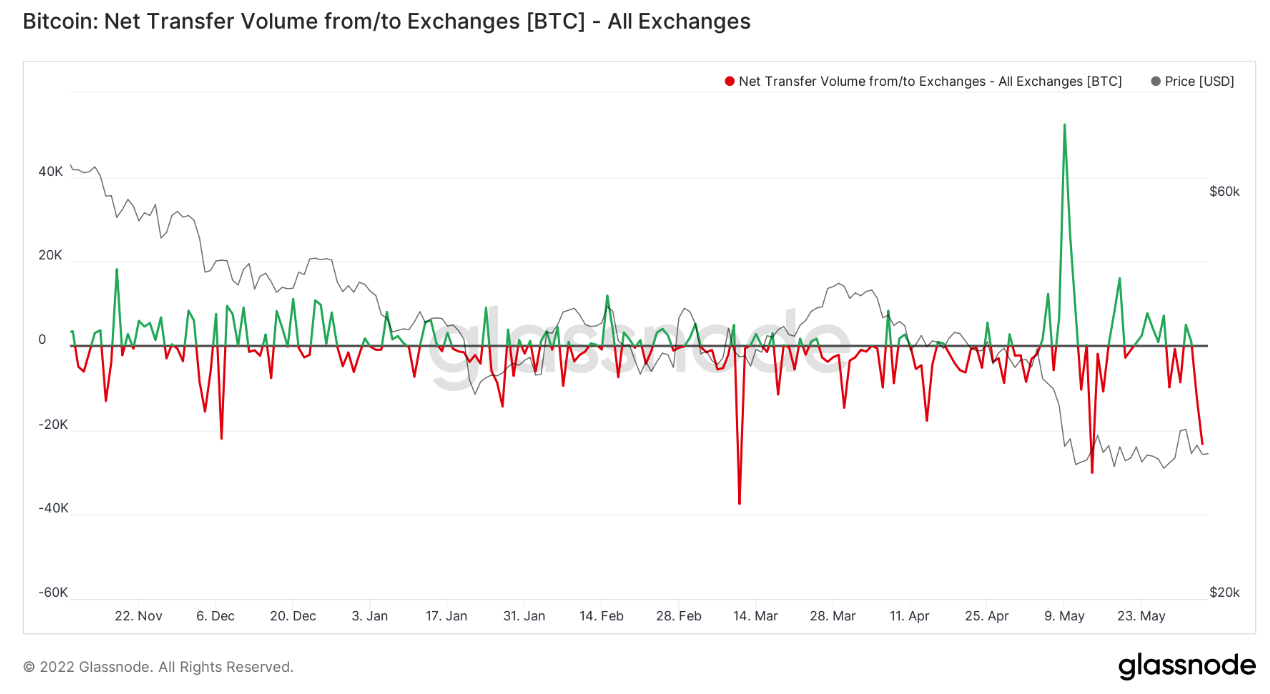 Discussing long-term holder behavior earlier in the week in the latest edition of its newsletter, “The Week On-Chain,” Glassnode leads on-chain analyst Checkmate additionally delineated classes of investors currently least interested in selling. Specifically, those who bought near the November 2021 all-time highs appear to be relatively price-insensitive, the investor profile was increasingly composed of such stubborn hodlers.

The overall cryptocurrency market cap stands at $1.228 trillion, and Bitcoin’s dominance rate is 46.2%.

CZ, CEO of Binance, has disclosed $1.6B loss in Terra investments