In a recent interview, Arthit Sriumporn, the Senior Vice President (SVP) of Commercial Banking at Siam Commercial Bank (SCB), which is Thailand’s largest bank by total assets, talked about the benefits SCB has enjoyed by being part of RippleNet, Ripple’s global payments network.

The news will undoubtedly spread cheer among the banking sector of Thailand. If a 2019 report is to be believed, Thailand figures at the top position when it comes to mobile banking users. Leading bank Siam Commercial Bank (SCB) played a crucial in making this possible. The bank took a great initiative in leading digital banking in Thailand in the last ten years. 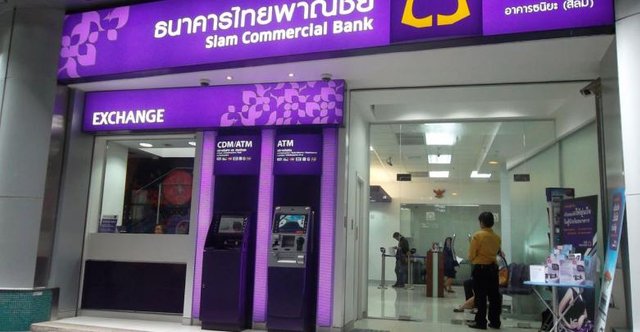 SCB talked about the benefits by being part of RippleNet

The latest development is SCB’s collaboration with RippleNet, wherein the bank will permit customers to carry out instant economic cross-border payments from their mobile phones.

“The instant remittance experience creates peace of mind for our customers. Being part of #RippleNet has helped us expand our business and keep SCB moving into the future.”- @scb_thailand SVP of Commercial Banking Arthit Sriumporn https://t.co/wMrgaLULrU

Siam Commercial Bank has been in existence for more than 100 years now, and it has become Thailand’s biggest bank with over 1000 branches all across the country, said SCB’s Arthit Sriumporn, who holds the position of SVP for Commercial Banking.

“Siam Commercial Bank is more than 100 years old and is Thailand’s largest bank with more than 1,000 branches across the nation. We support a wide range of customers from retail to small and medium-sized enterprises (SMEs) and corporations. Our focus is always on enriching the customer experience and RippleNet has helped us to do this with remittances.”

He said he had extended his support for a vast range of customers right from retail to small and medium-sized enterprises and corporations. The bank strives to enhance the experience of the customer, and RippleNet has assisted the bank in doing this with remittances.

There was a time when SCB became the traditional player in Thailand’s commercial space. With the fast growth of Thai mobile adoption, the country has witnessed higher mobile subscriptions than people. SCB introduced pioneering digital transformation campaign that would go a long way in altering its image and Thailand’s banking scene.

Arthit Sriumporn said that the bank first encouraged its customers to use its latest mobile app by making it free of cost. And, when people became accustomed to the ease of doing banking from their phones, the bank enhanced customer expectations around all of its services.

Customers who send money to family and friends outside of Thailand didn’t like that it still involved visiting a branch, filling out lots of forms, and then waiting up to five days for the money to get there.

Soon after estimating the region’s remittances market at $68 billion, SCB decided to join RippleNet in a bid to boost its current costly and time-taking cross-border payment procedure.

Sriumporn goes on to say:

“The instant remittances experience creates peace of mind for our customers. We want to expand that experience to more markets, as well as to our small business and enterprise customers. Being part of RippleNet has helped us to completely enhance our customer experience, expand our business and keep SCB moving into the future.”

Bangkok-headquartered DeeMoney joined RippleNet in order to offer cheaper and faster money transfers to its customers.

Marcus Treacher, SVP of Customer Success at Ripple, stated at the time:

“The digital banking revolution is taking Thailand by storm, and DeeMoney is a key player in this. By being the first non-bank institution in Thailand to use RippleNet, it redraws the boundaries and rules of engagement by providing efficient international transfers at low fees and competitive rates. Thailand has stated its intention to be a Smart Nation and we are proud to be an enabler of the process by partnering with DeeMoney.”