According to data provided by CoinMetrics, the amount of Tether (USDT) that has been issued on the Tron blockchain nearly reached 1 billion.

Tron is steadily inching closer to surpassing Bitcoin when it comes to the total USDT supply. At the time of writing, the Omni-based Tether stands at around 1.5 billion after witnessing a steady decline in 2019. 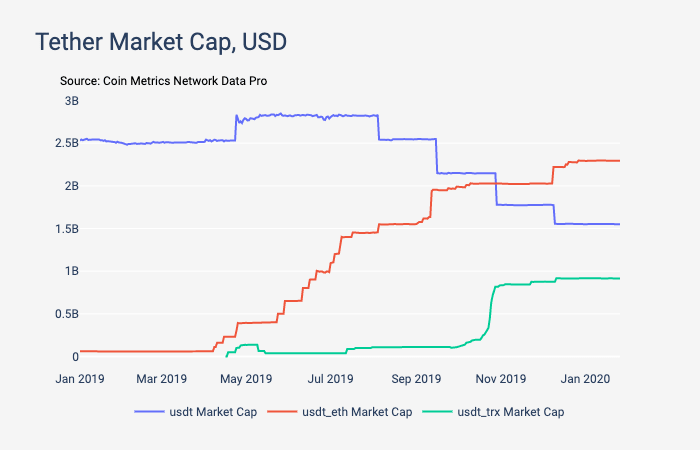 In the Tether world, Bitcoin ceded ground to Ethereum on Oct. 30. It took the ERC-20 version of the world’s leading stablecoin less than two years to achieve this feat. Now, the gap between the two coins continues to widen with the total supply of Ether-based reaching nearly 2.5 billion tokens.

On January 23, Tether announced that issues (XAU₮), which aims to offer the “security of a digital asset pegged to physical gold” which is securely kept in a vault in Switzerland. One coin will be equal to one troy fine ounce of physical gold, currently worth approximately US$1,550. Tether Gold is available as a TRC20 token on the TRON blockchain as well as an ERC-20 token on the Ethereum blockchain.

TRX/USD spikes over 12% following a blitz of activities 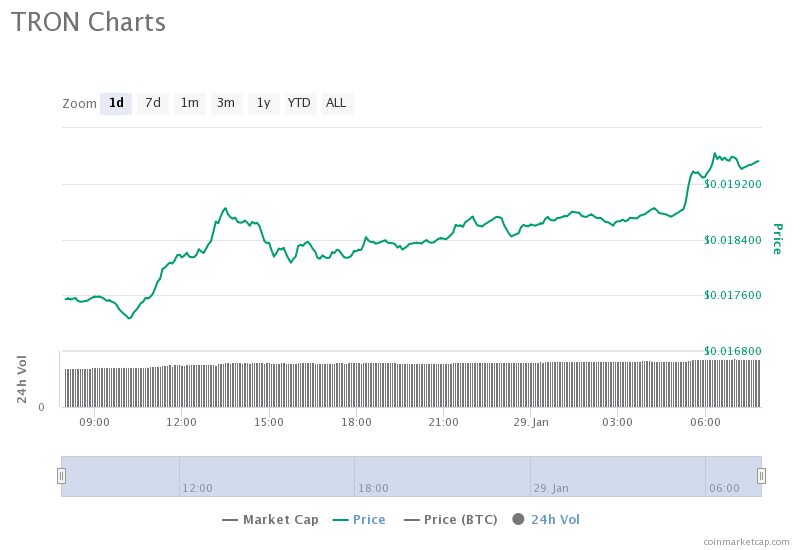 The daily relative strength index is oscillating in the overbought level at 69.26 with a bullish projection on the price. The moving average divergence convergence (MACD) further signals a continuation of the bullish run after a golden cross formation.

The spike in TRX price may be closely related to the recent announcement by TRON Foundation to offer airdrops to TRON holders on Poloneix exchange.

Tether transfers large tokens from the Tron network to…