According to Whale Alert, Tether Treasury has minted 120,000,000 USDT – a considerable size. This, in turn, caused the cryptocurrency community to stir up mocking comments for a timeless reason: Tether can freely produce multiple stablecoins at the same time.

In the comment thread, the community is mocking the ease with which Tether can produce many of its stablecoins; today, that regulators do not even bother to check anymore whether Tether has enough USD to back all the coins it mints.

“This was an inventory replenish on the Ethereum chain and this USDT stash will be used for future issuance requests.”

In it, Twitter users started comparing Tether Ltd with the Fed Reserve that, as of March 2020, they have pumped more than $ 6 trillion into the economy at the behest of President Trump with plans to continue the stimulus program like economics.

Now that Bitcoin has risen above $ 10,000 and has been there for a while, many believe that more USDT is needed to trade, as USDT is the most popular asset to trade BTC for both bulls and bears. 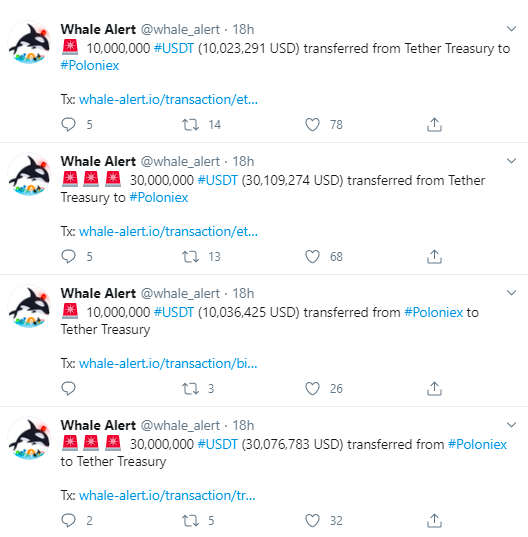