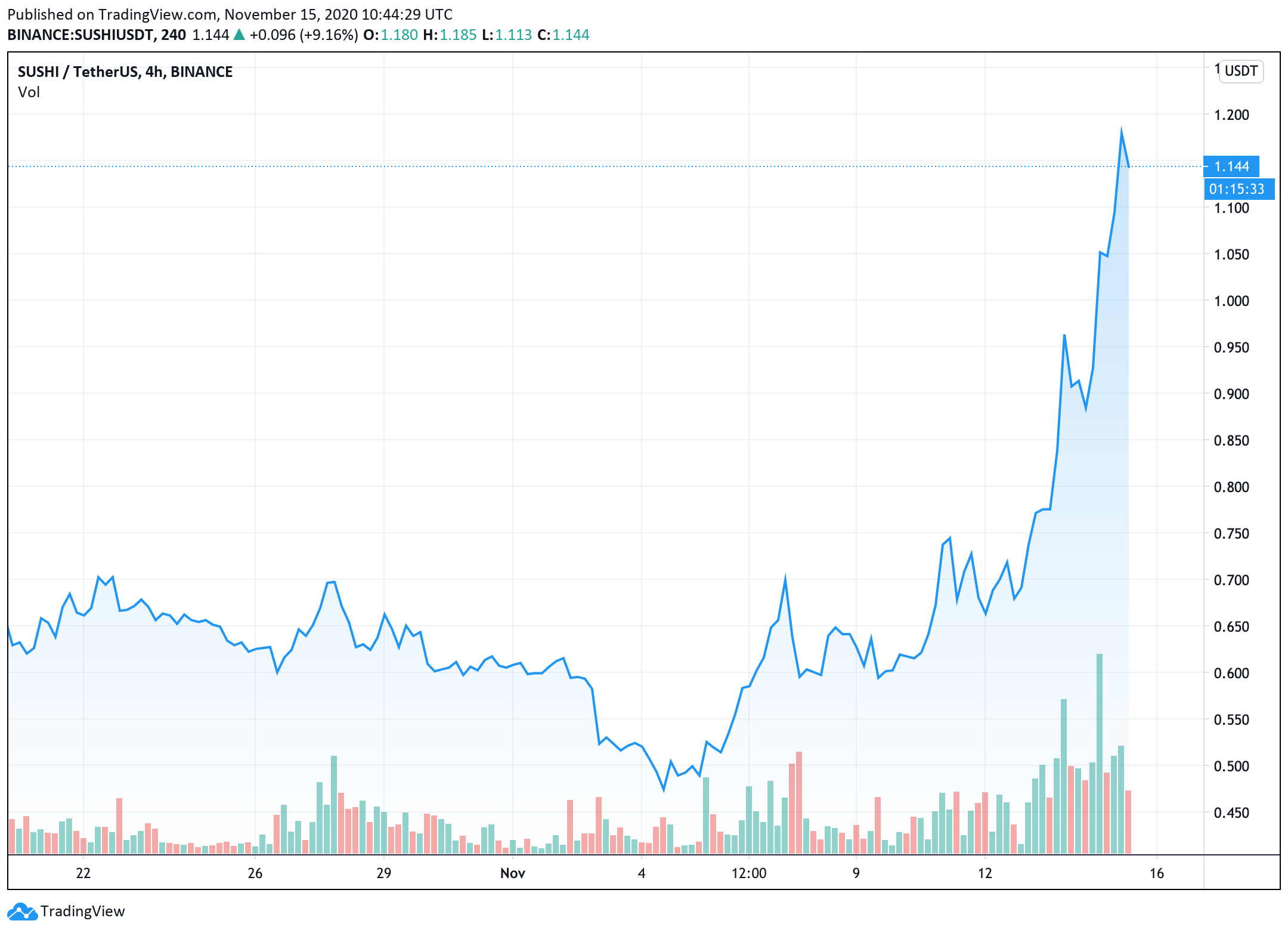 SUSHI’s bullish momentum seems to be related to a sharp increase in retail and institutional interest in the asset.

Sam Bankman-Fried, CEO of FTX and CEO of Alameda Research, recently commented on the exchange and SUSHI price as follows:

“Sushiswap had really shitty autumn, as the glow of DeFi summer wore off and the memory of NomiGate lingered. And during that…. it just kept on building. I’m not really involved in what Sushi is doing, but I’m happy to see it keep pushing the industry forward.”

This happened shortly after the DeFi fund Future Fund revealed that they were interested in cryptocurrencies. It cites upcoming technology developments and releases, including an anomalous loss reduction tool based on options, a loan solution, among other improvements that will benefit people hold SUSHI.

There are plenty of other prominent investors and analysts in the space lately who have also thrown their weight behind cryptocurrencies. This can drive improved user interest, thus driving prices higher.

SushiSwap also appears to benefit from the expectation that once Unsiwap’s minimal liquidity incentives come to an end, platforms like itself will benefit as it experiences an increase in liquidity. Whether this happens or not is still considered the liquidity mining period for Uniswap is still some days away.

SUSHI’s rally is also a byproduct of the protests that are taking place across the DeFi space. The top coins in the risk range of Ethereum altcoins have risen by dozens, even hundreds, of their local lows.

SUSHI was one of the most sold-off coins during the DeFi correction in September and October.

Naturally, as its fundamentals have improved, so does its price trajectory. Cryptocurrencies are likely to continue to climb higher in the coming weeks and months as the DeFi space continues to stand firm after a sharp drop after the parabolic move up.

You can see the UNI price here.

A whale placed a $100 million short, this may result in two scenarios: Bitcoin price to increase or continue to apply selling pressure on BTC

The price of BTC and ETH have pushed strongly to the upside on OKEx as the DeFi market challenges its all-time…
Loading ... Load More Posts No More Posts