Since Bitcoin Halving, there’s a lot of action when it comes to BTC-based derivatives products and BTC trading in South Africa

On May 14, according to statistics from CME Group, the total number of outstanding derivatives contracts (open interest) reached approximately $ 142 million. And just four days later, CME broke the record again. According to Skew.com, CME’s regulated Bitcoin options open interest is up 10x this month. 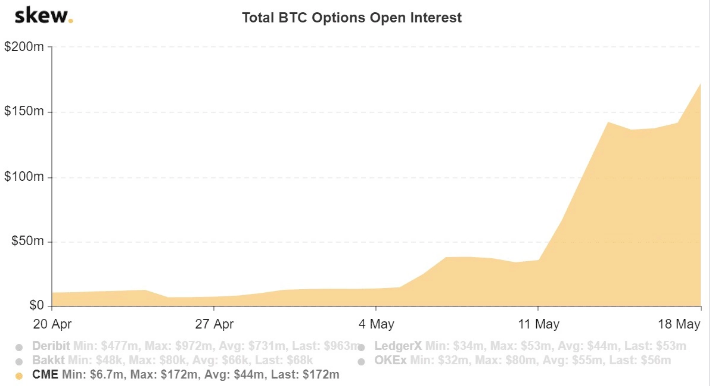 Skew.com: Check out the information on Bitcoin futures and options and products from Bakkt

According to Skew, the exchange Deribit’s Bitcoin options open interest hit the $ 1 billion mark for the first time this week. Meanwhile, the $ 142 million of CME Group on May 14 marked a significant milestone for CME. The regulated exchange touched $ 172 million in total CME BTC options open interest, following the record performance four days prior. 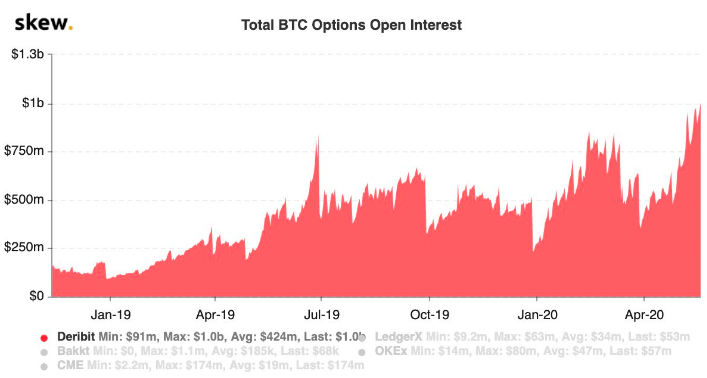 “The emergence of a futures and options market has created a new ecosystem for bitcoin markets, which faces its first supply cut since 2016.”

It can be said that Bitcoin halving events and derivatives products are related because even the transaction volume of Bakkt increased after Bitcoin Halving. Bakkt had a solid halving session with a record volume day in $ notional, $ 51.8 million bitcoin futures crossed. 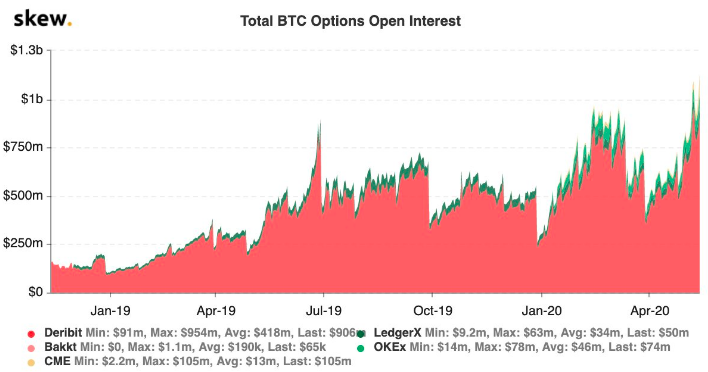 Besides, not only Bitcoin but also a lot of notable moves for Ethereum-based derivatives products.

Since the market rout on March 12, otherwise known as Black Thursday, quite a lot of traders have suffered heavy losses. However, since then, the market has recovered significantly. It’s just at the time when Bitcoin price dropped to $ 3,600, and BTC Halving on May 11, 2020, sparked even more interest in bitcoin-based futures and options contracts betting on the next few months.

According to Coin.dance, Bitcoin transactions for the South African Rand more than doubled on LocalBitcoins last month. Furthermore, this must be related to rand has depreciated 23% against the US dollar this year. It recently rallied to a five-week high on expectations that the central bank would cut rates again.

The Reserve Bank confirmed the rate cut on Thursday to resuscitate the economy, lowering it to 3.75%. The central bank has now lowered the rate by a total of 200 basis points over the past two months of the coronavirus outbreak.

Furthermore, cryptocurrency exchange Luno also identified Kenya and Ghana as the main areas for expansion after trading volumes soared on the exchange. With interest in Bitcoin, Ethereum, and other leading cryptocurrencies increasing after the global Coronavirus pandemic, Luno has recently added one million new users.

“It’s the markets we have a keen interest in, and Ghana and Kenya are high on our list.”

At press time, Luno now has four million users after growing its initial base from South Africa and Nigeria and then opening operations in Zambia and Uganda.

Bitcoin price has faced some mounting downwards pressure, ETH is at risk of being sold off on exchanges