According to CryptEye, an anonymous major investor has purchased 7.56 billion Shiba Inu tokens in the previous 24 hours, raising its total position to 2.25 trillion SHIB. This whale’s meme token portfolio is currently worth $23.45 million. 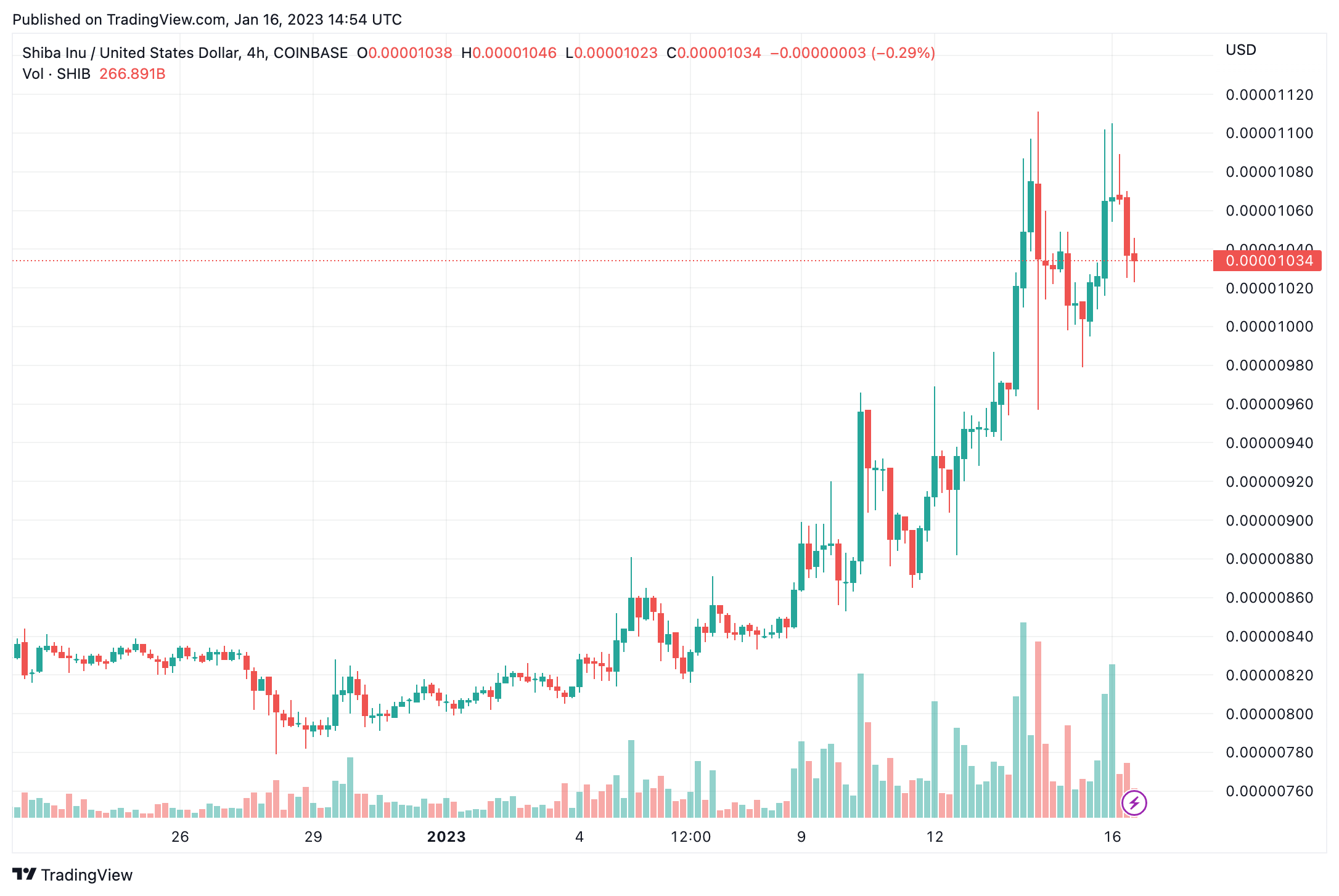 The unidentified investor appears to be active in modifying their position, frequently selling and purchasing billions of SHIB tokens. Simultaneously, despite obvious seller pressure, Shiba Inu has been attempting to breach the barrier of around $0.000011 for the previous three days.

Interestingly, the Shiba Inu whale made more purchases after the basic concepts of the long-awaited Layer 2 blockchain, Shibarium were disclosed. According to the prospectus writers, the protocol is intended to change the Shiba Inu ecosystem and the entire crypto world. Taking a step back from the text and into the language of facts, the introduction predicts that all of the benefits of the Ethereum network, including its first and second layers, will be available.

Although the document’s creators provided no exact release date for Shibarium, it is rumored that the network’s launch is soon. A testnet should be ready soon, according to an official announcement from the Shibarium account.

[Deribit] Vol Commentary: A bright start to the year

Polygon proposed the launch of a network hard fork on…