Shiba Inu (SHIB) has surged 14%, recovering together with the broader crypto market

As AZCoin News reported, the Federal Open Markets Committee (FOMC) raised its target interest rates by 75 basis points on Wednesday, the largest rate hike since 1994. Concerning the value of Bitcoin, its $20k support held as the 75 basis point interest rate increment was announced. And it was this that gave Shiba Inu (SHIB) spikes of 14%. At the time of writing, SHIB is changing hands at $0.00000861. 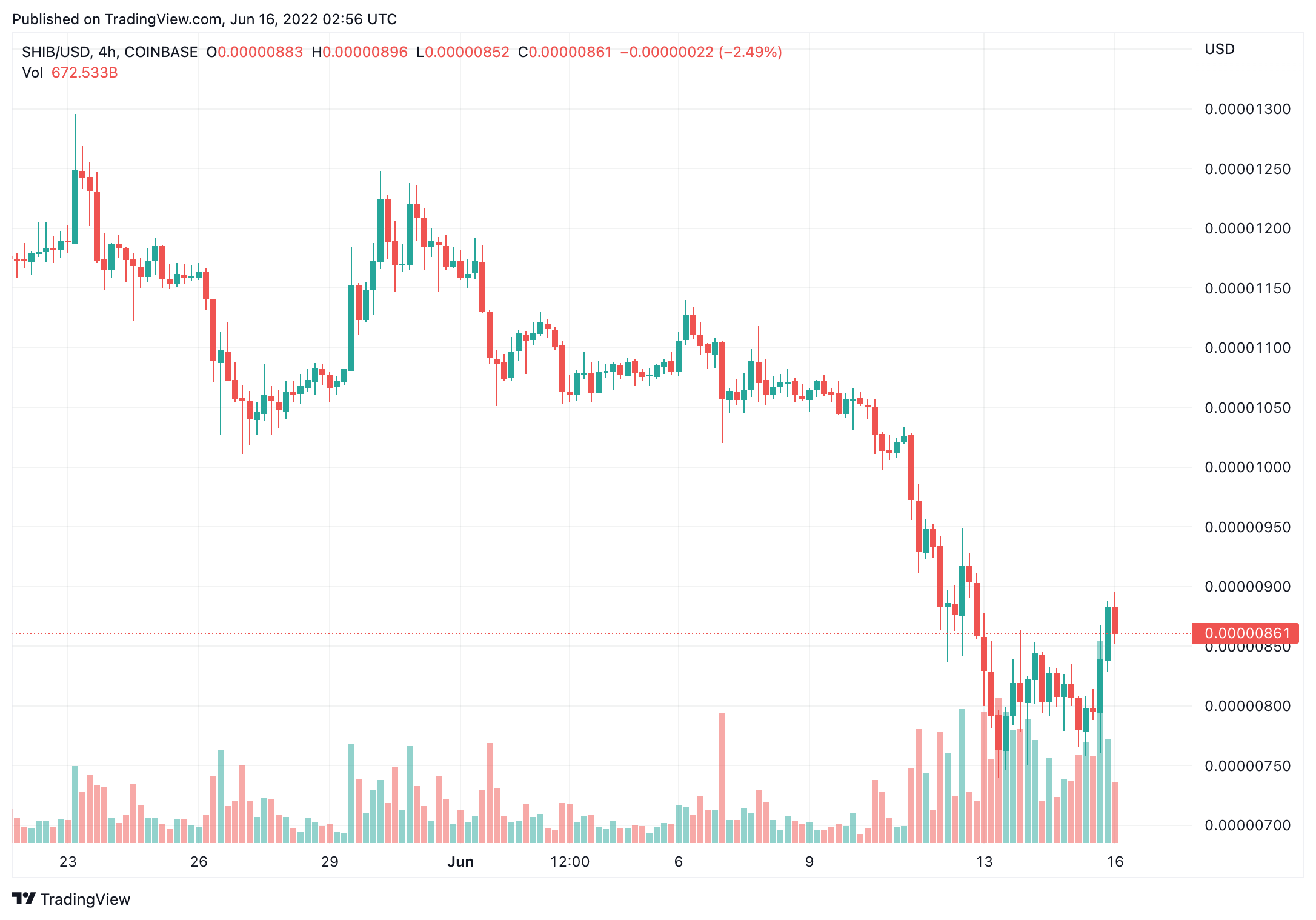 The Shiba Inu (SHIB) price increased by nearly 14% within an hour and 25 minutes, reaching an intraday high of $0.0000087 on the Binance exchange.

Cryptocurrencies have recovered along with the rest of the crypto market. Bitcoin, the king of crypto, spiked to $22,345 on the Bitstamp exchange shortly after US Federal Reserve Chairman Jerome Powell said he doesn’t expect large rate hikes to be common, which seems to allay investors’ concerns. The commission has made clear its determination to stay in control. inflation after the consumer price index (CPI) hit its highest level in over four decades in May.

Shiba Inu remains the 17th largest cryptocurrency, according to data provided by CoinMarketCap. The meme is down 90.28% from its record high after underperforming in 2022, along with other risk assets.

Crema Finance said it temporarily suspended services and was…

Ripple is currently considering adding an AMM feature to its network

Bitcoin price holds its new support at over $19,000; altcoins are flat in weekend trading

On a day of fireworks and bombast in the U.S., crypto had a little to celebrate as well. Bitcoin crept back over…
AZ -News

According to some reports, wallets related to centralized exchange KuCoin are showing an unusual movement of funds…
Ripple News

Ripple is currently considering adding an AMM feature to its network

Ripple is currently considering adding an AMM feature to its network. According to a Github release, discussions…
Ripple News

XRP price has retraced back to its mid-June lows after a rally attempt that yielded an almost 30% upside. However,…
Bitcoin News

Bitcoin price holds its new support at over $19,000; altcoins are flat in weekend trading

After a work week filled with discouraging news of different shapes and sizes, bitcoin waited out long holiday…
Bitcoin News

Unfortunately for most traders on the cryptocurrency market, Bitcoin price could not break the local resistance of…
Loading ... Load More Posts No More Posts