A newly released study has shown that the meme-inspired cryptocurrency Shiba Inu (SHIB) and smart contract platform Cardano (ADA) are among the most ‘Googled’ cryptocurrencies throughout Europe, surpassing competitors with larger market capitalization.

While the top five cryptocurrencies by market capitalization, excluding altcoins, are Bitcoin (BTC), Ethereum (ETH), BNB (BNB), and XRP (XRP), these weren’t the five most Googled cryptocurrencies throughout Europe, at least not in that order.

A study conducted by AskGamblers has revealed that Bitcoin is the most searched cryptocurrency in Europe, with 21 countries searching for BTC more than any other cryptocurrency. These include Germany, Poland, and Belgium. 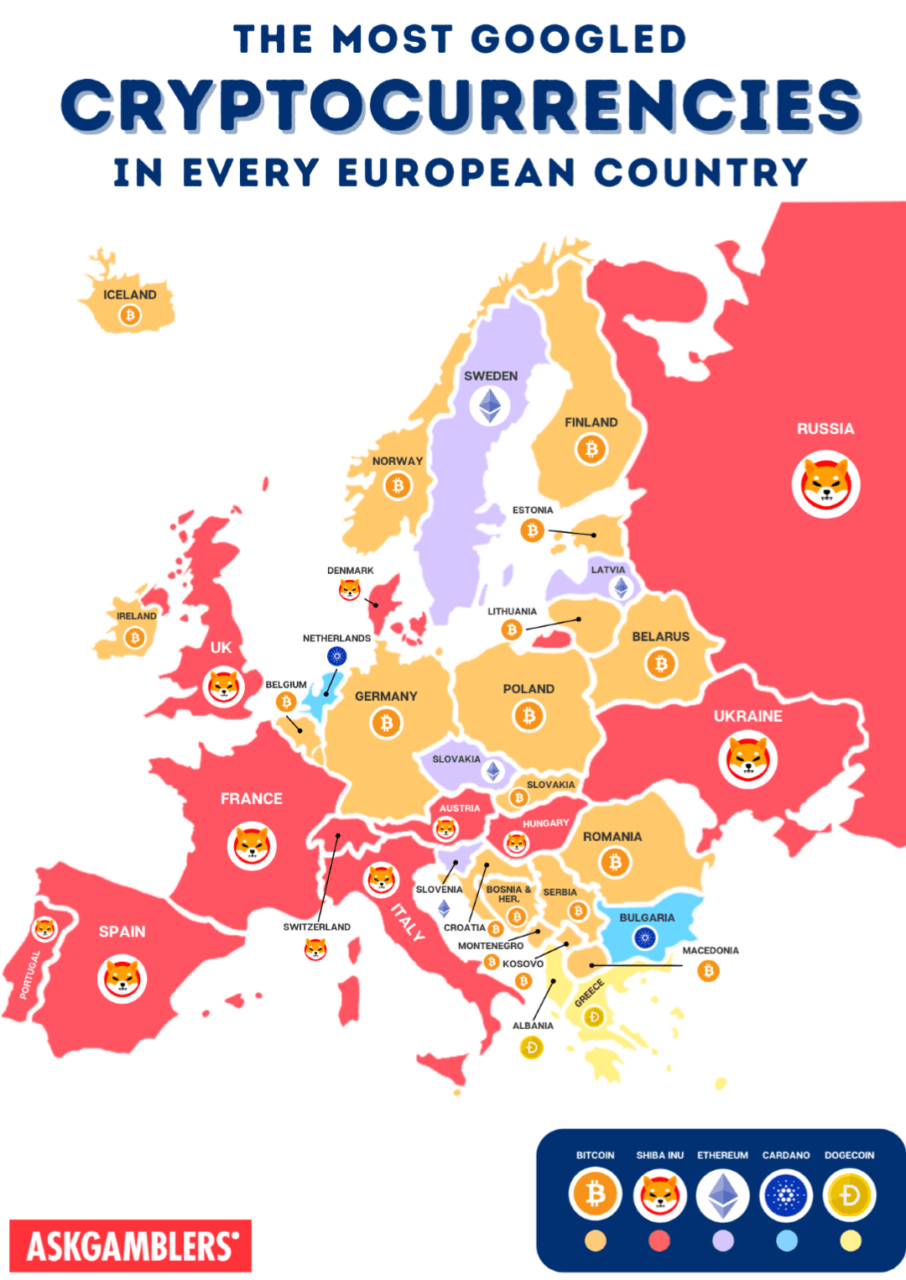 The meme-inspired cryptocurrency Shiba Inu ($SHIB) came in second place, with seven countries searching for it more than any other digital asset. SHIB’s lead came in countries including the UK, Russia, France, and Italy.

Last year, Shiba Inu was notably the third-most Googled cryptocurrency according to a different study, falling behind both Bitcoin and Ethereum. The study was conducted based on average services per month over leading a country’s searches.

Ethereum came in third place, with four countries making it the third most searched-for cryptocurrency. Cardano (ADA) came in fourth place with the Netherlands, Bulgaria, and Andorra preferring it over competitors.

The study has also revealed that Dogecoin (DOGE) was the fifth most searched-for cryptocurrency in Europe, leading searches in both Greece and Albania. Notably, neither BNB nor XRP led searches in a single country in Europe.

The study was conducted using data from Google Trends, which doesn’t show specific search numbers, but does provide an index showing interest for specific search topics, and allowing users to assess their popularity relative to other searches.

[Deribit] Crypto Volatility: A Miner Splash in the Options Market