Shibarium has been making news since the Shiba Inu ecosystem’s inventor, Shytoshi Kusama, teased the idea in December. SHIB, the ecosystem’s native coin, had risen 27% in the previous 30 days.

This elevated the token to the top five list of most-held tokens in the view of whales. According to whale tracker WhaleStats, the average quantity stored by whales is 178 billion SHIB, valued at $1.8 million.

While strong whale activity is a positive indication, would it be enough to keep the meme coin surge going?

There is no definitive timeline for the public release of the Shibarium upgrade, although the beta is thought to be nearing completion. This would give SHIB holders a taste of how the Shiba Inu Layer 2 network solution would perform.

According to the most recent ShibaSwap blog article, the beta launch will give the community a sense of how the many principles behind the upgrade will work. Community members would understand how these responsibilities are intertwined to make the ecosystem work at peak performance, from cheaper gas fees to how validators and delegators contribute to the ecosystem.

Shiba Inu’s current burn rate is 50% at the time of writing, according to ShibBurn, a website dedicated to tracking the SHIB token’s burn rate. When Shibarium’s beta launch occurs, we may observe a greater than projected burn rate, particularly during the ecosystem’s real launch. 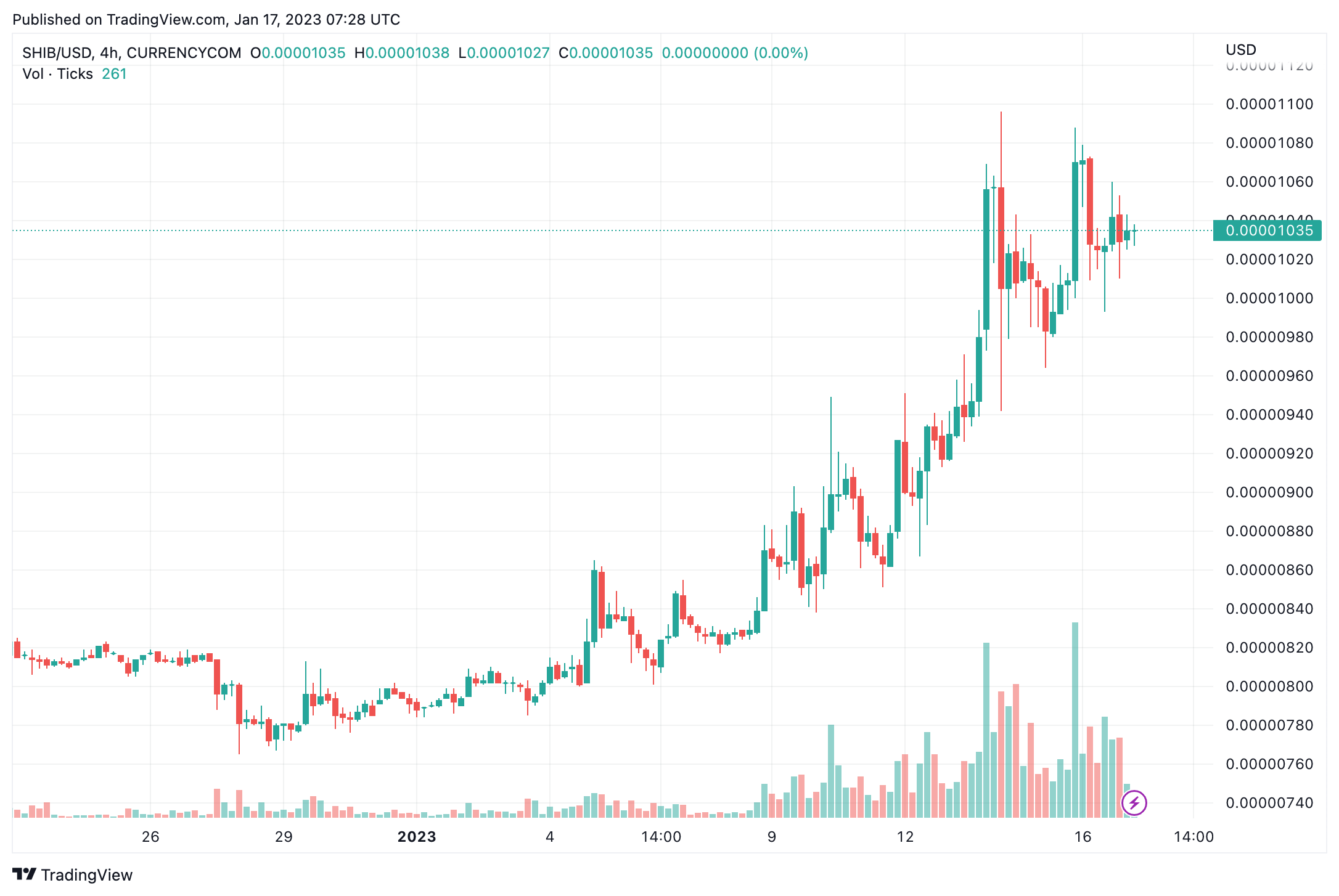 The SHIB coin is presently trading at $0.00001052 and is attempting to consolidate above the support level of $0.00001038. At its present price, the token may experience a more severe decline in the short and medium term. This is especially true given the bears’ imminent retest of the present support level.

If the token maintains its momentum, it may retest the $0.00001192 price resistance, which if broken would result in reclaiming lost ground when the market fell following FTX’s demise.

Shiba Inu may continue to follow the top coin’s drive to greater highs in the next days or weeks, with Bitcoin breaking its $21,000 resistance mark and SHIB’s high correlation with BTC.

The much-hyped Flare airdrop has come and gone; price has been pumped and dumped

Polygon proposed the launch of a network hard fork on…