Compared to other cryptocurrencies, Shiba Inu (SHIB) only managed to boost its price by about 2% over the preceding week, which was inadequate. At the time of writing, SHIB was trading at $0.000009 with a market cap of more than $5 billion. 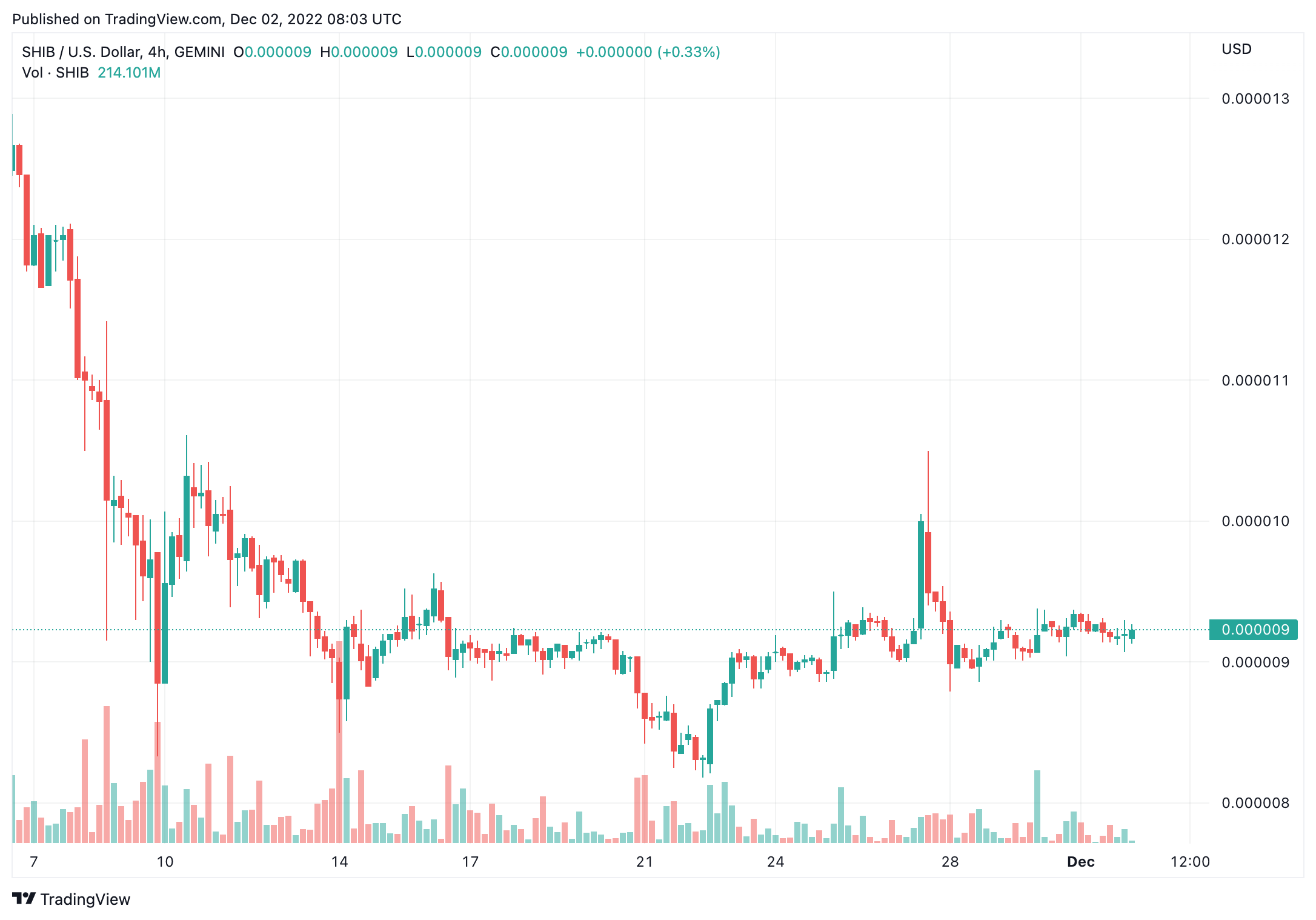 Shiba Inu gets attention from whales, but what does it mean for its price

The whales continued to exhibit intense interest in SHIB despite its struggles to move up the pricing ladder. The top 500 Ethereum whales choose SHIB as their first option among the whales. Surprisingly, a check of SHIB data provides some insight into the thoughts of the whales.

Despite the slow-moving price movement, Santiment’s chart showed that SHIB’s MVRV Ratio was continuously rising, which is a bullish indication indicating a potential northern breakout shortly.

Shiba Inu was able to gain popularity in the cryptocurrency community during the previous week as a result of several social dominance spikes. Additionally, SHIB was among the cryptocurrency projects that were trending on CertiK, according to BSC Daily, a well-known Twitter account that broadcasts updates about the BNB ecosystem.

Data from CryptoQuant showed that SHIB’s net deposits on exchanges were lower than the 7-day average, which was also a bullish indicator because it suggested that there wasn’t as much selling pressure. The number of transactions and active addresses were also rising, which increased expectations for a price increase in the upcoming days.

Although the metrics appeared to favor SHIB, a few market indications suggested that there might be a decline in the days that followed.

The price of SHIB has entered a squeeze zone, according to the Bollinger Band, decreasing the likelihood of a short-term rise to the north.

Both the Chaikin Money Flow (CMF) and Relative Strength Index (RSI) for Shiba Inu (SI) showed mild downticks and were lying below the neutral line.

The 20-day exponential moving average (EMA) was still higher than the 55-day EMA, indicating a bullish edge in the market, as seen by the Exponential Moving Average (EMA) Ribbon.