According to XRPscan, the wallet of Ripple co-founder and former CTO Jed McCaleb holds a total of 5.3 million XRP. The wallet was already showing 2.77 million tokens left today but was refilled with another 2.8 million XRP.

Why McCaleb needed to top it up by such an amount is unknown, but it may be assumed that it was to make the last sale commensurate with previous ones. Since the beginning of the week, “tacostand’s” XRP position has been down 11.2 million tokens.

Judging by the transactions made, the former Ripple official’s sales of his XRP holdings are occurring steadily at 7 a.m. by limit orders of 4.7 million tokens through the XRPL ecosystem. If the wallet-emptying continues at the same pace, the XRP community has a chance of being relieved of MacCaleb’s “burden” no later than tomorrow. XRP price review In the meantime, the price of XRP continues to trade around a support/resistance level of about $0.336. 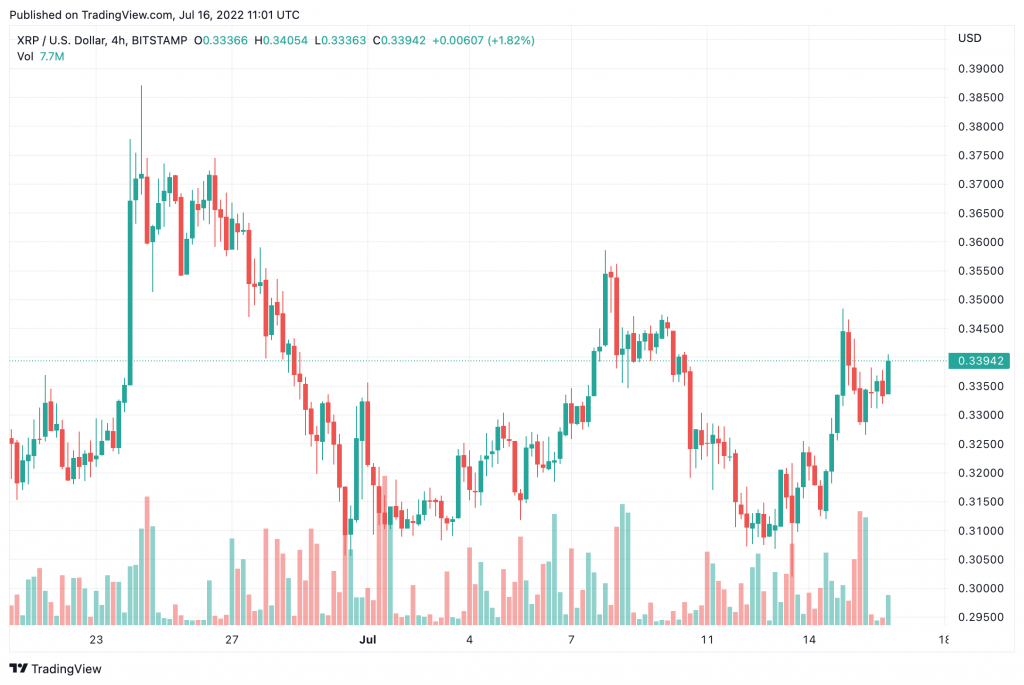 Given the high volume of buying and the good nudge toward strong resistance, it would appear that the XRP price is preparing for an impulse jump. There is a chance of such price movement, especially if there is positive news, like McCaleb selling his XRP positions outright. However, it is better to be cautious and not go too far into this kind of trade just in case there would be a positive sentiment. One way or another, the market is currently ruled by extreme fear, and XRP, as one of its oldest participants, is also subject to that fear.

Crypto whales are now shifting millions in XRP cause…

Genesis Reaches Agreement in Principle with DCG and Key…

South Korean authorities have sent people to Serbia, the country said to be the current location of Terraform Labs…
AZ -News

FTX, the bankrupt crypto exchange, has recently been embroiled in accusations of fraud due to the alleged…
AZ -News