Search engines in China as Baidu, Weibo or Sogou have blocked results for major crypto exchanges Binance, Huobi and OKEx

Baidu, Weibo, Sogou, three of the largest internet services in China, appear to be co-executing a tight censorship effort on keywords by the three major crypto exchanges.

At the same time, it was not only search engines that blocked the three major exchanges, but also social media such as Weibo (China’s Twitter) and Zhihu (China’s quora).

According to Chinese blockchain journalist Colin Wu and news portal 8BTC, search results for Chinese or English names of Huobi, Binance, and OKEx on both desktop and mobile versions have been blocked on most search engines in China.

This is the first known case that Baidu is censoring search results based on keywords related to the crypto space. 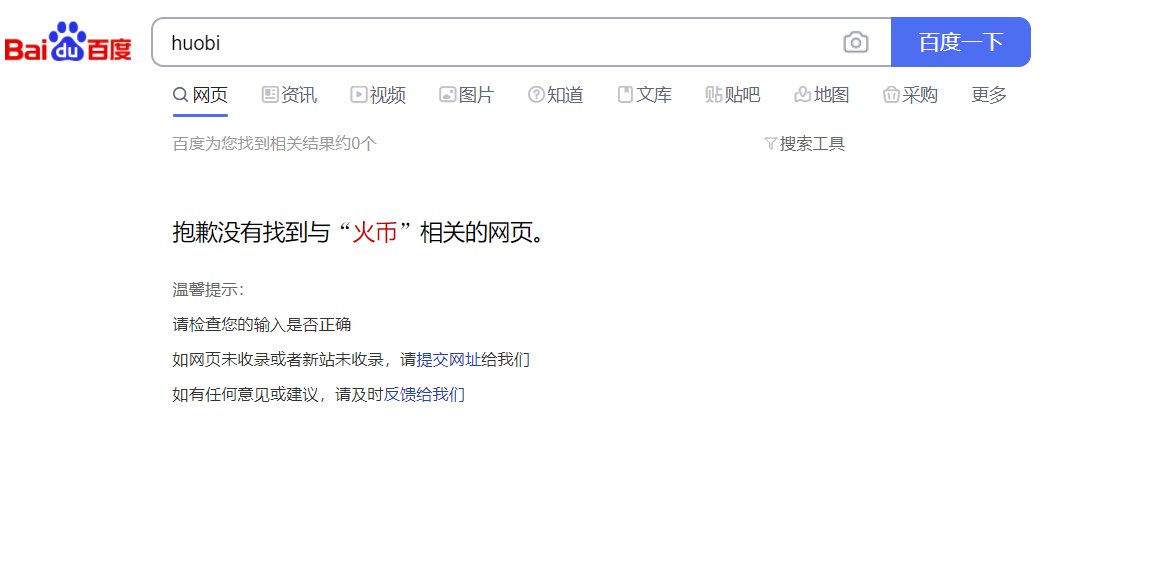 However, it seems that Baidu’s censorship efforts are slowly taking effect as Baidu has yet to ban search results on keywords containing the names of the three crypto exchanges. For example, searching for “download Huobi app” instead of just “Huobi” in Chinese on Baidu still produces millions of results.

Weibo (similar to China’s Twitter) and Zhihu (China’s quora) have also blocked search results for these exchanges. But while the search results no longer appear, the posts have not been deleted and are still live viewable. Weibo’s censorship also comes days after it suspended more than 25 accounts of crypto influencers who have been active with millions of followers combined.

This appears to be a continuation of the crypto ban that China recently resumed.

It’s unclear exactly when the two internet giants hit the censorship button but Chinese users started noticing the change this afternoon. Such measures come not long after recent high-profile comments from China’s central government about the crackdown on Bitcoin mining and trading activities.

As AZCoin News reported, the authorities of China’s Xinjiang province have ordered cryptocurrency miners to suspend their operations. Colin Wu reports that some miners are ignoring this request and are monitoring the development of the situation.

Xinjiang is a strategic energy region of China due to its large supply of natural gas, coal, and other fossil resources.