Shortly after SBI Financial Services, a subsidiary of Japanese financial giant SBI Holdings, revealed plans to launch a cryptocurrency investment fund focused on XRP, and they bought a $ 30 million minority stake in British crypto liquidity startup, B2C2. B2C2 is a major over-the-counter, or OTC, trading platform, which was founded in 2015.

The partnership between SBI Holdings and B2C2 will make B2C2 become SBI’s leading liquidity provider and expand SBI’s crypto offering to millions of customers. Inside. B2C2 is expected to benefit from SBI’s distribution network when it launches an electronic prime brokerage.

The investment is one of the largest in the digital asset industry this year, declining to Notice more details about the deal.

“Ultimately, bringing together B2C2’s sophisticated asset-liability management framework, valuable client base, and deep expertise in trading and prime brokerage with SBI’s balance sheet strength will be a game-changer, uniquely positioning us to tap the $ 20bn-a-year prime brokerage market.”

In another development, talking about his crypto investment fund, SBI CEO, Yoshitaka Kitao said that this would be Japan’s first digital asset fund. SBI’s new crypto fund will mostly operate XRP, which is planned to account for 50% of the fund’s portfolio. Other digital assets include Bitcoin (BTC) and Ether (ETH), comprising 30% and 20%, respectively, based on a chart from SBI’s presentation.

Ripple has been the significant cryptocurrency partner of SBI Holdings, providing solutions for their SBI Ripple Asia venture, which was established to promote the use of XRP in Asian financial markets in 2016. On June 18, Adam Traidman, CEO of SBI Ripple Asia, said that Ripple has started to roll out its On-Demand Liquidity in Asia. SBI has been actively involved in some cryptocurrency projects, paying particular attention to XRP.

As you can see, the XRP chart looks like any other Altcoin. A rally 2017 spike followed by a monster downtrend. Anyone that looks at this chart would draw the same conclusion that XRP is dead. But, is XRP really dead? 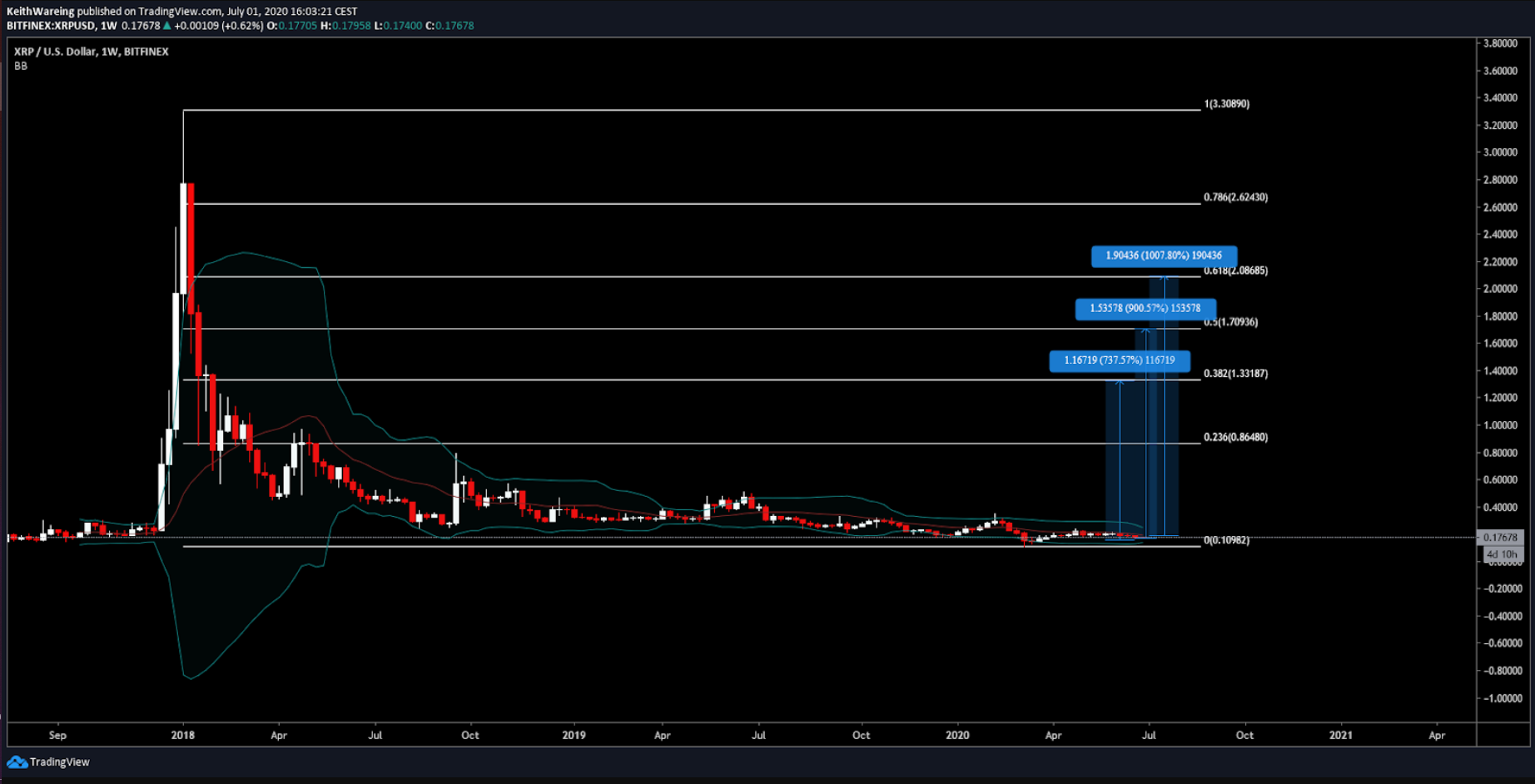 Obviously, XRP hasn’t won as many hearts and minds as BTC, as it’s generally discounted by the crypto community due to its centralized nature, Ripple’s regular monthly sales from its escrow and its XRP supporters.

Nevertheless, XRP is currently at mid-2017 levels, while the Bitcoin price is already at December 2017 prices. So, which horse looks better to bet on at these levels? Let the time answer, we’ll soon know.