According to Coindesk today, Russia’s central bank might pilot its own central bank digital currency (CBDC) at the end of 2021, said head of the Bank of Russia Elvira Nabiullina during an online press conference on Friday. 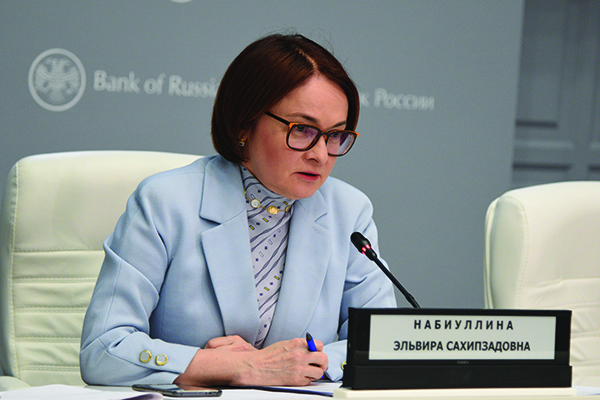 “We view this project as promising, it fits into the concept of the digital economy. We want to evaluate the balance of risks and advantages of such a project before we proceed,” Nabiullina said.

According to Russian news RBC on October 23, Dmitry Peskov, a special representative of the President of the Russian Federation on digital and technological development, the first-mover advantage also brings a number of risks in terms of financial stability.

“The financial risk is so great that it seems to me that a fast-second strategy is much more effective than trying to be the first. Let’s see what the leader can do, and what impediments they will run into.” Dmitry Peskov said.

Peskov stated that Russia’s CBDC — a digital ruble — could become a reality in three to seven years if development starts now.

As AZCoin News reported on Oct. 13, The Bank of Russia said it’s exploring the possibilities of issuing the central bank digital currency (CBDC), the digital ruble.

The Bank of Russia’s consultation paper demonstrates that the country is serious about issuing its own digital currency. Russian government previously discussed the opportunity of issuing the so-called “CryptoRuble,” but the latest paper from the central bank is apparently the first serious move into CBDC development. In August 2020, Russia’s state-owned bank Sberbank also claimed that it was considering issuing a ruble-backed stablecoin.

The People’s Bank of China prohibits producing cryptocurrencies that could replace the yuan, dual offline wallet for CBDC is ready to be tested